Can you solve Riddler’s Riddle?

I am always around,
But never seen.
I am often avoided,
But never outrun.
I might find you at the end of the road
Or around the next corner.
What am I? 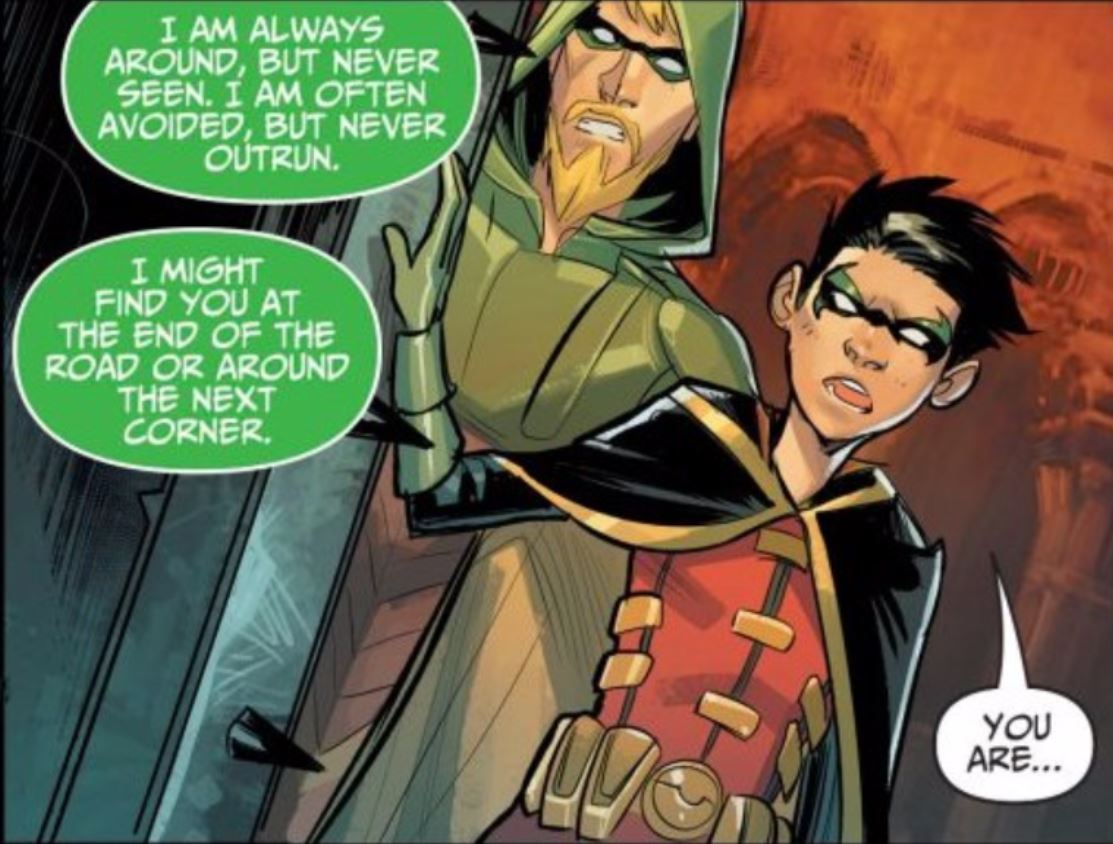 This riddle first appeared in Teen Titans #12 as part of the “Gotham Resistance” story arc which is a Dark Nights: Metal tie-in. Riddler attempts to stump Bruce’s son and current Robin, Damian Wayne. However, the young Damian is easily able to outsmart the Riddler and solve his tricky riddle. Despite solving the riddle, Damian and Green Arrow must face a decaying, zombie Batman. Fortunately, Harley Quinn and Killer Croc intervene and defeat the zombie Batman.

If you liked this riddle, you’ll love this much tougher riddle from Teen Titans #12 as well. Riddler’s Riddle: If You Throw Me From The Window

Share with your friends and family to see if they are as bright as Damian Wayne!