She posted on Instagram about her encounter with the embattled movie producer and discussed events that happened when she was only 17.

I was called to meet Harvey Weinstein at the Savoy Hotel when I was 17. I assumed it would be in a conference room which was very common.When I arrived , reception (sic) told me to go to his room. He opened the door in his bathrobe. I was incredibly naive and young and it did not cross my mind that this older ,unattractive (sic) man would expect me to have any sexual interest in him .After declining alcohol and announcing that I had school in the morning I left ,uneasy (sic) but unscathed.

The use of a hotel and wearing only a bathrobe is an extremely common part of each of the stories that have come out over the last few days.  Predators usually display characteristics that are outside the norm of society such as lewd displays of their body as well as the coercion of sexual acts.

A few years later he asked me if he had tried anything with me in that first meeting .I realized he couldn’t remember if he had assaulted me or not . I had what I thought were boundaries

The next part is what really caught my eye when she describes Weinstein’s reaction to her multiple rejections.

I said no to him professionally many times over the years-some of which ended up with him screaming at me calling me a cunt and making threats, some of which made him laughingly tell people oh “Kate lives to say no to me .

More often then not rejection isn’t taken lightly and like the stories of Weinstein’s other accusers the producer made it a habit to be both abusive towards females and act as if it’s one big joke. But the most damning part of this post is in the very next line.

It speaks to the status quo in this business that I was aware that standing up for myself and saying no to things,while it did allow me to feel uncompromised in myself,undoubtedly harmed my career and was never something I felt supported by anyone other than my family. 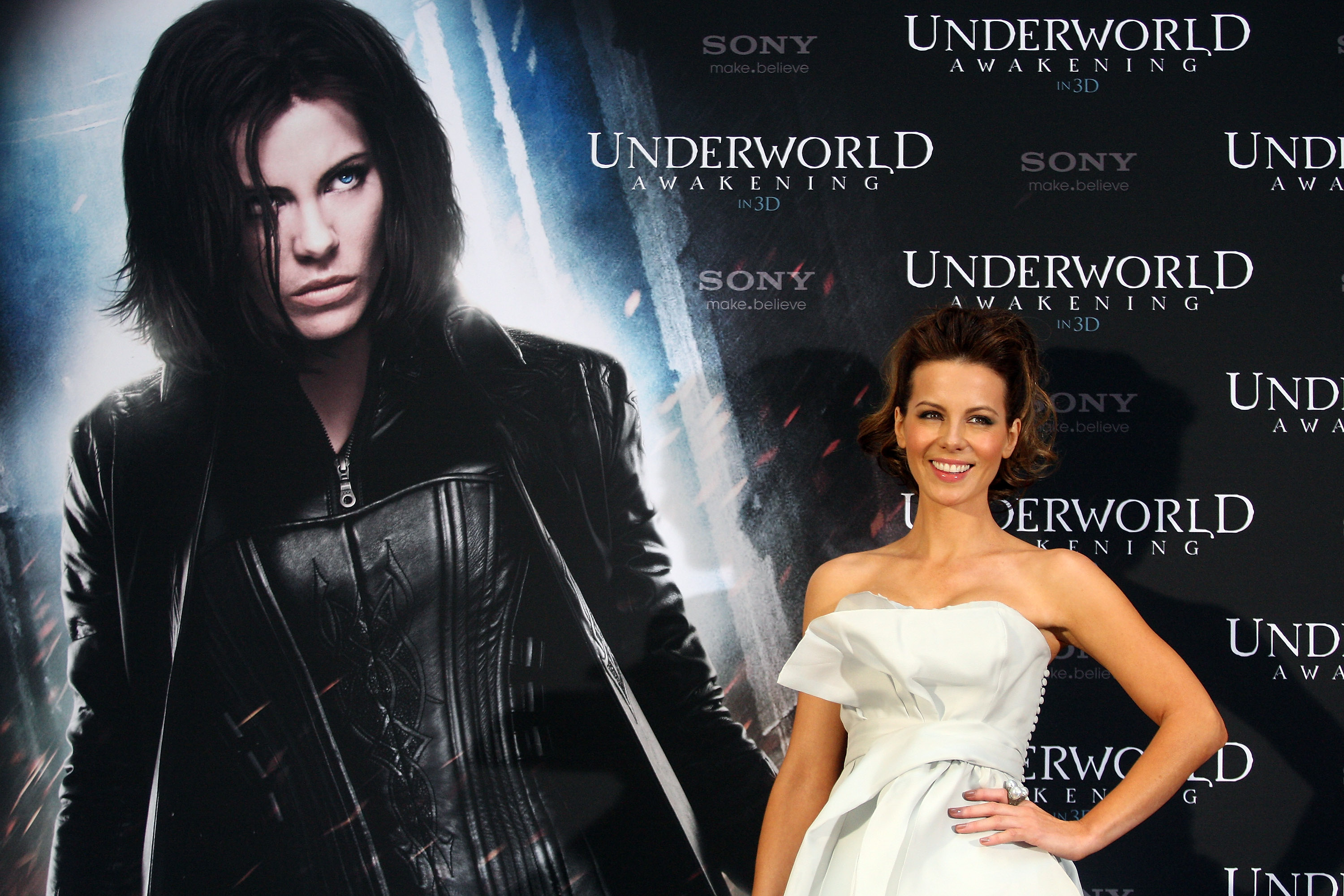 BERLIN, GERMANY – JANUARY 26: Actress Kate Beckinsale poses at a photo call for her film ‘Underworld Awakening’ on January 26, 2012 in Berlin, Germany. The 3-D film, in which Beckinsale returns as the vampire warrioress Selene, comes to German cinemas on February 2, 2012. (Photo by Adam Berry/Getty Images)

Kate then applauded the women who came out and reported Weinstein’s disgusting, vile behavior.

I would like to applaud the women who have come forward , and to pledge that we can from this create a new paradigm where producers,managers,executives and assistants and everyone who has in the past shrugged and said ” well, that’s just Harvey /Mr X/insert name here ” will realize that we in numbers can affect real change.For every moment like this there have been thousands where a vulnerable person has confided outrageous unprofessional behavior and found they have no recourse, due to an atmosphere of fear that it seems almost everyone has been living in .

She then went on to detail how it wasn’t only women who were affected by Weinstein. Even men who attempted to do the right thing were caught in the dirtiness of Hollywood.

I had a male friend who, based on my experience,warned a young actress who said she was going to dinner with Harvey to be careful. He received a phone call the next day saying he would never work in another Miramax film ;the girl was already sleeping with Harvey and had told him that my friend had warned her off.

For an industry that is so full of itself. One that claims to be the moral center, leader of our nation, you cannot miss a movie or TV show that isn’t talking about politics now. It just cannot shake some pretty bad habits that normal people like you and I would never engage in. If they’re not standing up to applaud a man convicted of raping a twelve-year-old child, they’re abusing their female co-stars and treating them like common trash.

Kate Beckinsale ends her post with a powerful message, one that I do hope is finally followed.

Let’s stop allowing our young women to be sexual cannon fodder, and let’s remember that Harvey is an emblem of a system that is sick,and that we have work to do.

She’s right. Winestein is but one cog in the machine that is Hollywood. One person, who with all his power was allowed to treat the women in the industry like his own personal candy store. I truly hope that the film industry will finally give itself the gut check it needs to become what it once was. The golden era of Cinema will never return unless they do so.