The action-packed trailer gives us a fantastic look at Wakanda as T’Challa (Chadwick Boseman), the Black Panther, takes  on his new role as King of Wakanda. However, his reign will quickly come under scrutiny when Michael B. Jordan’s Erik Killmonger looks to return to Wakanda from his exile in the United States.

We get our first look of Killmonger as he exits a van, puts on a goat, and gets ready to commit crime.  However, the plot of the story gets revealed when Jordan’s Killmonger goes on a violent rant, “I’ve waited my entire life for this. The world is going to start over. I’m going to burn it all.” Then Killmonger reveals his own Panther suit. Can you say, “OH MY GOD!”

Killmonger appears to team up with Andy Serkis’ Klaw, who we last saw in Avengers: Age of Ultron. If so it’s a bit of a departure from the comics where Killmonger hates Klaw for getting his family exiled from Wakanda. Although it’s possible, the clips of him working with Klaw are before the exile and eventual hatred of Klaw. 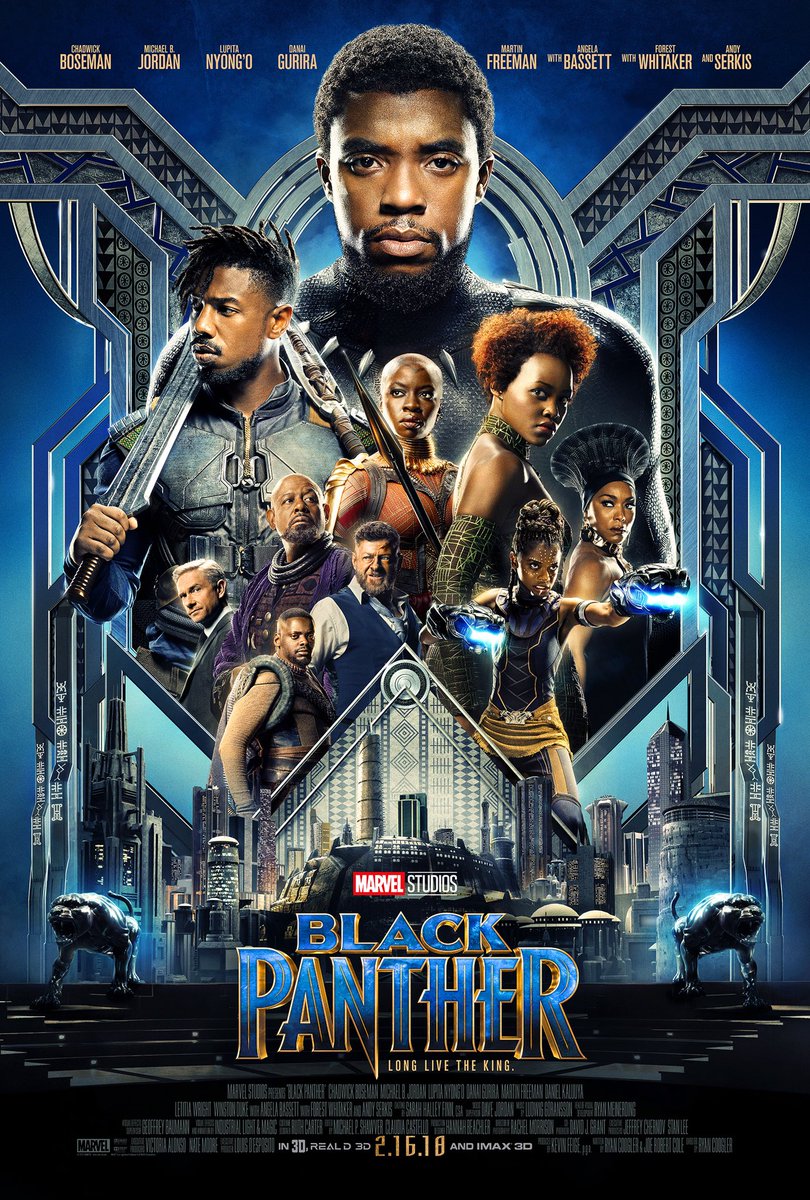 And if you thought the action scenes from Captain America: Civil War were cool, we didn’t see anything. Black Panther’s suit has all kinds of new tricks. I especially loved the one scene where Klaw fires an energy weapon at a car which sends Panther leaping into the air. Black Panther easily lands on a building and begins gracefully running up the side of the building before leaping back down onto Klaw’s vehicle and ripping the entire left front wheel out. Talk about “Holy crap!” moments.

You can catch Black Panther in theaters on February 16, 2018.

Here’s the official synopsis of the film:

T’Challa, after the death of his father, the King of Wakanda, returns home to the isolated, technologically advanced African nation to succeed to the throne and take his rightful place as king.

What did you think of the trailer?