Justice League is a major studio blockbuster. Like any blockbuster, there are multiple marketing campaigns to promote the film. One of those campaigns is with CBS’s The Big Bang Theory.

The contest is a simple one: watch The Big Bang Theory every day for a week. You can win: $500 a day, a screening of Justice League for 100 friends, or a trip for 2 to see the flick in style. Neat. However, the contests’ website may have revealed a major spoiler for this Fall’s superhero team-up.

Still not turning back? Well, ok…

There’s a little flash game on the website for the contest. It involves spinning a wheel to see which superhero logo the dial will land on. But the wheel happens to feature a surprising logo among the other team members… 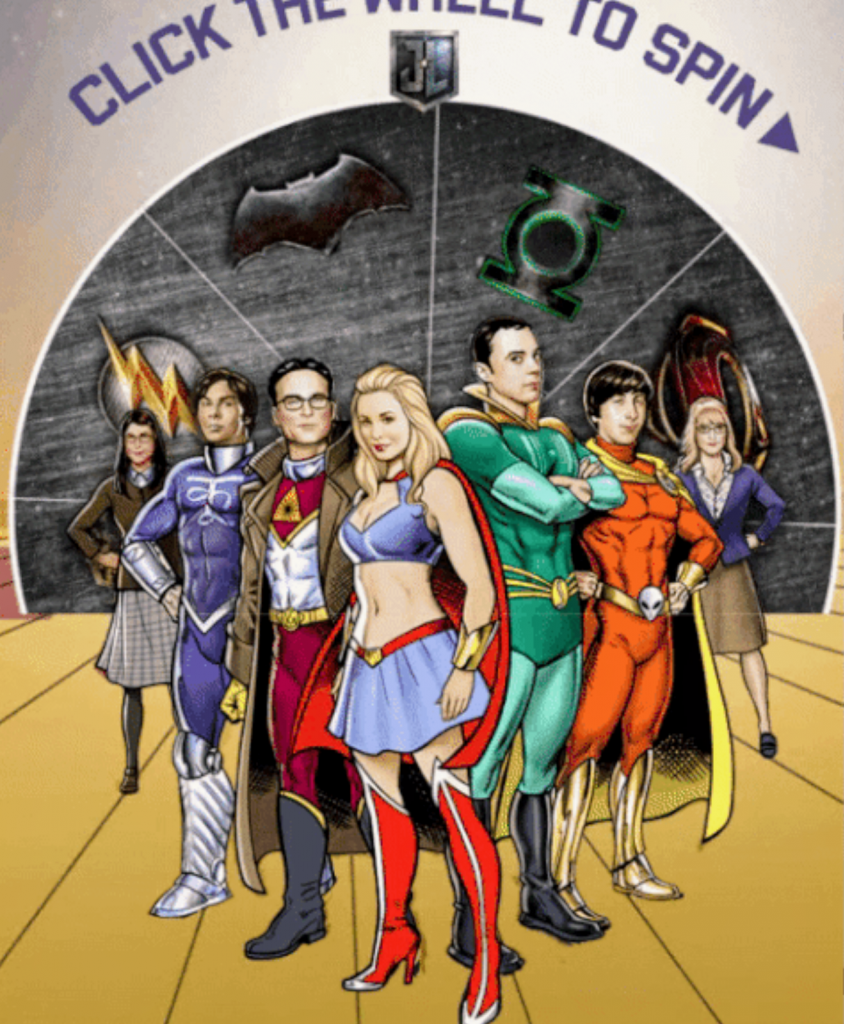 Why that’s the Green Lantern logo! Could this be a major oversight, or just a marketing gimmick?

First of all, Warner Brothers knows what they’re doing. Despite the public’s perception of the DC film slate, there are some incredible artists working for the company. Wouldn’t DC or WB have to approve the assets the programmers would be using to create the game? Of course they would. Most companies are incredibly touchy about trademarks and logos these days, there’s no chance a Warner Bros. employee would let this slide.

Instead of it being a spoiler, it’s most likely just Warner Bros. making use of their snazzy logos while trying to make all of their properties memorable. The more the Green Lantern logo is seen the more audiences will wonder about the film. Couple that with the promotion the contest is receiving with this “spoiler” and the marketing ploy becomes obvious. 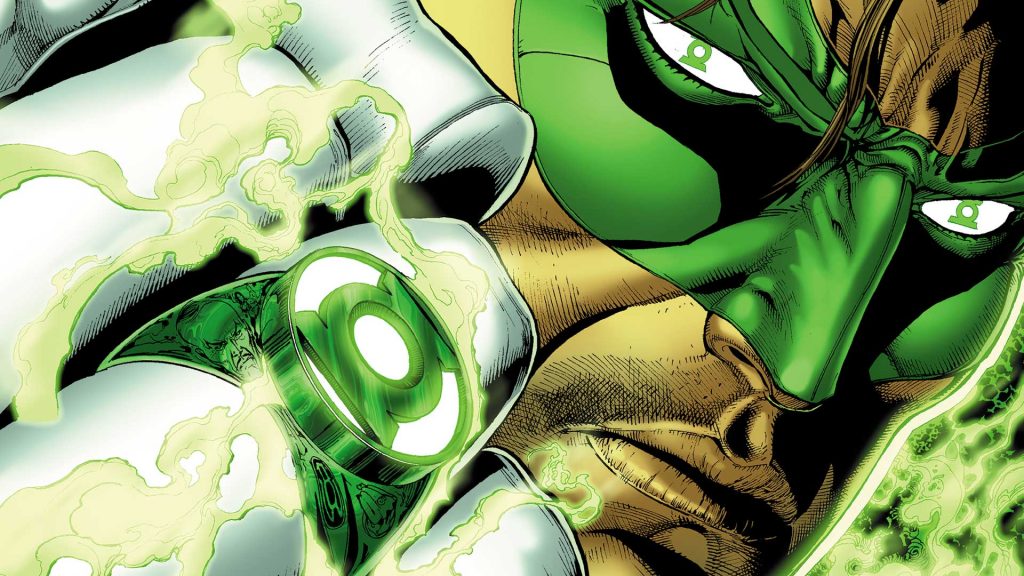 Fans and audiences alike have wondered just when Green Lantern will appear on the screen again. No one is eager for a reprisal of the 2011 Green Lantern monstrosity. That was a bloated misinterpretation of the universe and Hal Jordan. But comic readers know this character can be done right. If not in Justice League when will WB reveal their last piece of this superheroic puzzle?

Well, most likely when Green Lantern Corps comes out.

Now that Joss Whedon is in charge of Justice League, a Green Lantern reveal is far less likely. Yes, Whedon did introduce three new major superheroes in Avengers: Age of Ultron, but it’s the first Avengers that needs to be taken into account. The only aspect of the team that film introduced was Mark Ruffalo’s depiction of the Hulk. However, Edward Norton’s Hulk film is canon, meaning that there were no major character introductions other than a minor glimpse of Thanos.

Whedon’s first foray instead focused on creating the team dynamic and exploring that as much as possible. DC Films needs to focus on the characters they’ve already established and Whedon knows as much. It’s believable that Zack Snyder would have wanted to hint or even establish the character, just look at Batman v Superman: Dawn of Justice. But now that Joss is in charge expect a little more restraint.

Nearly everyone is eager to see if the Green Lantern can be done well. However, like any project the character needs patience and care. Hal Jordan will once again grace the silver screen with his luminescent glow. Give it time.

If anyone’s going to be introduced in Justice League it’ll be the next cape in DC’s roster: Shazam. You heard it here first.