“Master Wayne proposed to Ms. Kyle. She has accepted.”

Tom King begins a brand new arc in Batman #33. “The Rules of Engagement” is a slow but satisfying issue. The family is getting bigger, and the Bat family needs to be notified. Alfred gets the troops together to let loose a significant piece of information regarding Bruce. It’s a surprise to all, leading to a clever reveal towards the end of the comic.

Joelle Jones joins Tom King and colorist Jordie Bellaire for the series. Her style is a mix of Yanick Paquette and Becky Cloonan. It’s modern with big expressions coupled with prominent chins and creative anatomy. It works perfectly for the smaller scale of this particular arc. King has a great team working with him once again, and it shows. 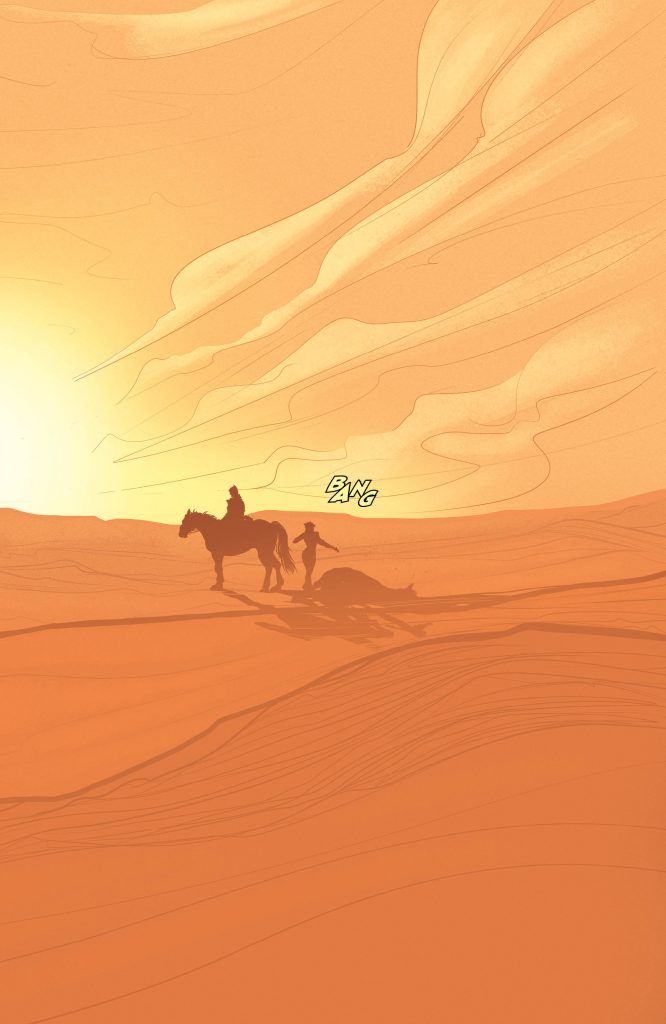 Selina and Bruce are on a secret mission. Bruce’s design in particular is incredible, utilizing the best of the “knightmare” sequence outfit seen in Batman v Superman: Dawn of Justice and of course Superman: Red Son. With the Robins meeting together over in Wayne manor, this issue remains all about family. It’s about letting the kids know things are going to change, and that they have to come to terms with that. It wouldn’t be surprising if Alfred has to convince the kids to be content with Bruce’s choice, considering the word “villain” was uttered.

The point of the arc is made clear in the final panels. It’s an intriguing reveal, and one that has monumental implications for this story considering the character’s past with Bruce Wayne, the Batman.

It’s in the Details 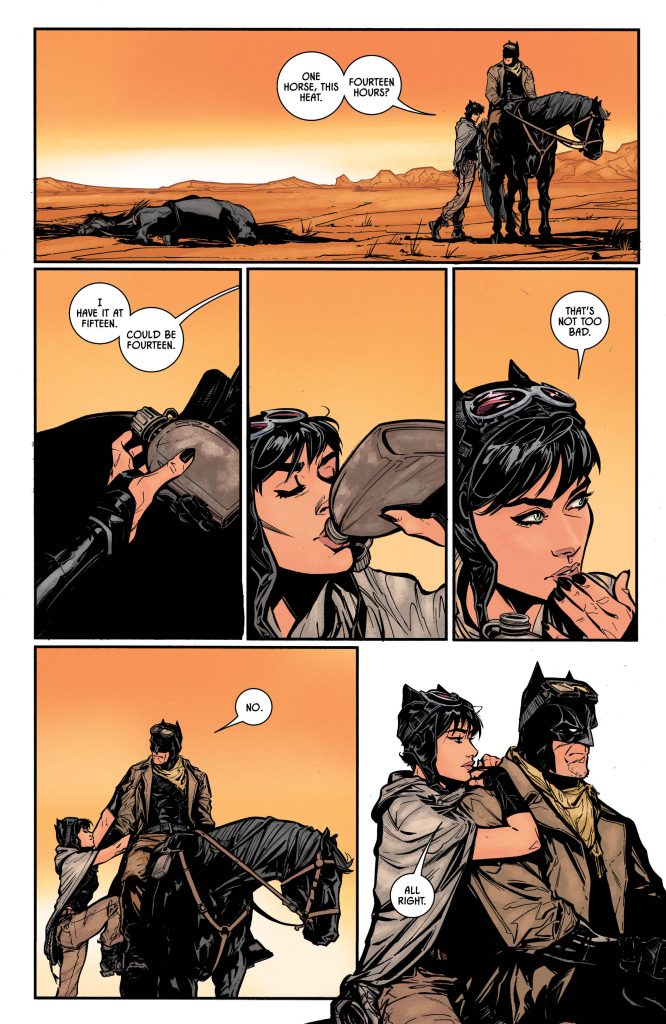 Joelle Jones is a master of her craft. Her modern style has an antiquated, almost fairy tale curvature to the linework. It gives off an impression that you’re reading a legend coming to life. Jordie Bellaire once again earns her title as best colorist working today. Her work gives Jones’ just enough of a dark yet whimsical appeal. There isn’t any action to be had, but the way her panels change by simple movements or grand setting changes is a sign of how amazing her work can be.

Mikel Janin and David Finch are certainly missed, but Jones is a perfect artist to give those two a break. Their work with King has been remarkable thus far. They deserve some time to rest. In the meantime between Mitch Gerards and Joelle Jones, King has no shortage of amazing artists ready to realize his scripts.

Despite a lack of action, Batman #33 is still a great success. Tom King is looking to put real work into developing these characters. He breathes life by giving them actual emotions, not just reactions. Selina and Bruce are committing to one another. That takes both work and effort. “The Rules of Engagement” Part 1 is a slow burn but one that leads to promise. King knows how to tease a great story, and he knows how to create an incredible final page.

Joelle Jones and Jordie Bellaire make for an inspired art team. They give a barbarian, antiquated touch to the world of Batman as he wanders through the desert with his fiance. Together they face a great enemy. Possibly the only person who could stand in the way of the two heroes becoming one.