“The only world I’ve ever known sinks into the darkness below me forever.”

Dan Abnett, Philip Tan, and Tyler Kirkham have created one of the best single Batman stories of all time! Not only is Batman: The Drowned #1 the best installment in the Dark Nights: Metal story so far, it’s one of the best anthology stories ever written for the character. The wondrous water world of The Drowned is a glorious ruination crafted by the deft hands of Tan and Kirkham. The artists take turns crafting a sickening world of horror and splendor, rendered in glorious color by Dean White and Arif Prianto. 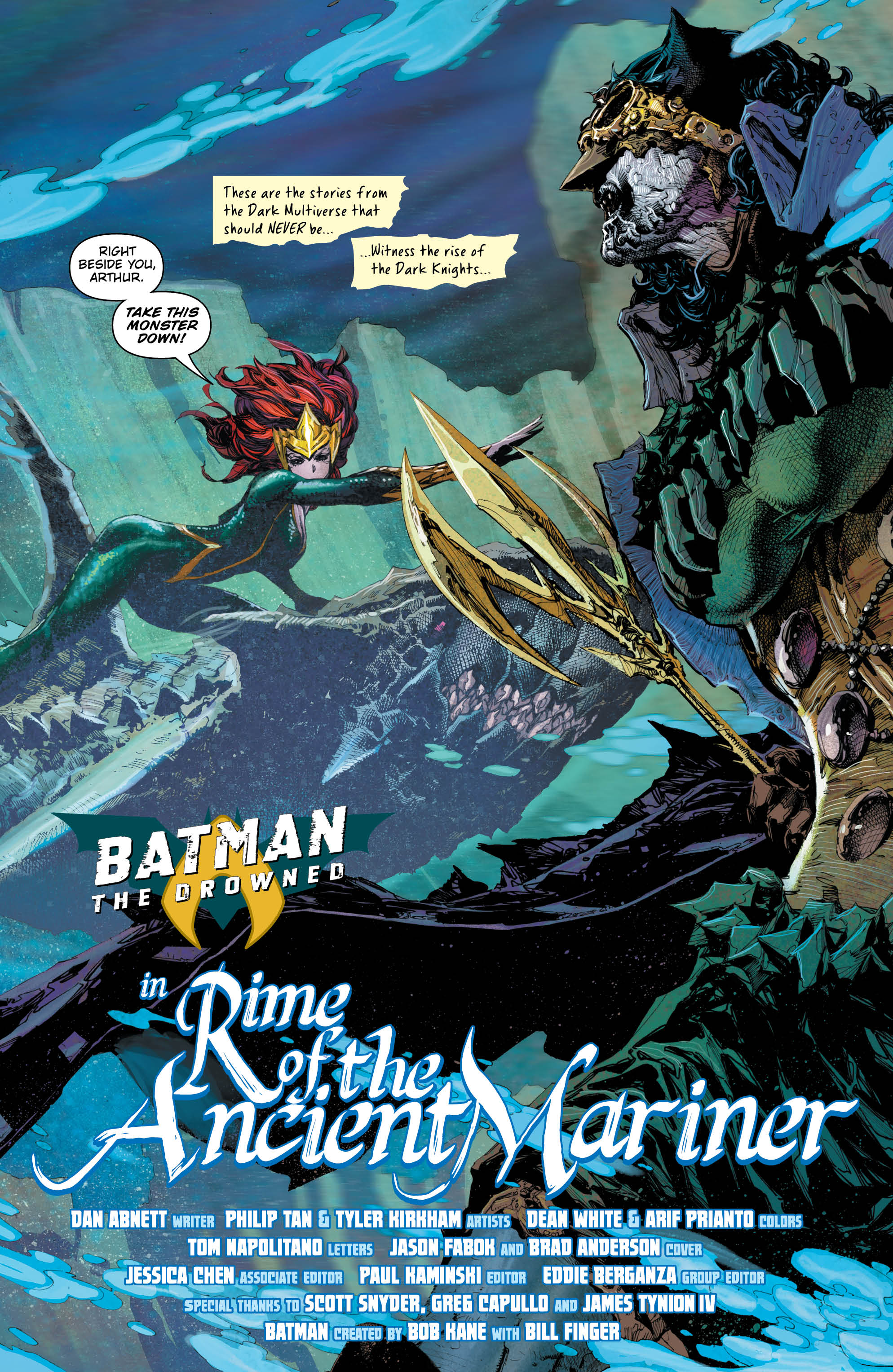 Dan Abnett uses Bryce Wayne’s narration to amazing effect. Her tale is tragic; her world crushed by her own tragedy. Bryce drowns her world in the tears she never sheds. Falling into madness and the hands of the Batman Who Laughs.

Abnett’s use of Dead Water in his Aquaman run has been exciting. But the villains inclusion here is nothing short of brilliant. Bryce’s army swims to the depths of her world to destroy her final obstacle. Dead Water serves as his pawns while the entire world is whisked away. Dan Abnett leaves the entire story to the mind of his central character and it couldn’t be better. There’s no villain to establish and no backstory to clutter the pages. It’s a simple story of destruction and chaos. 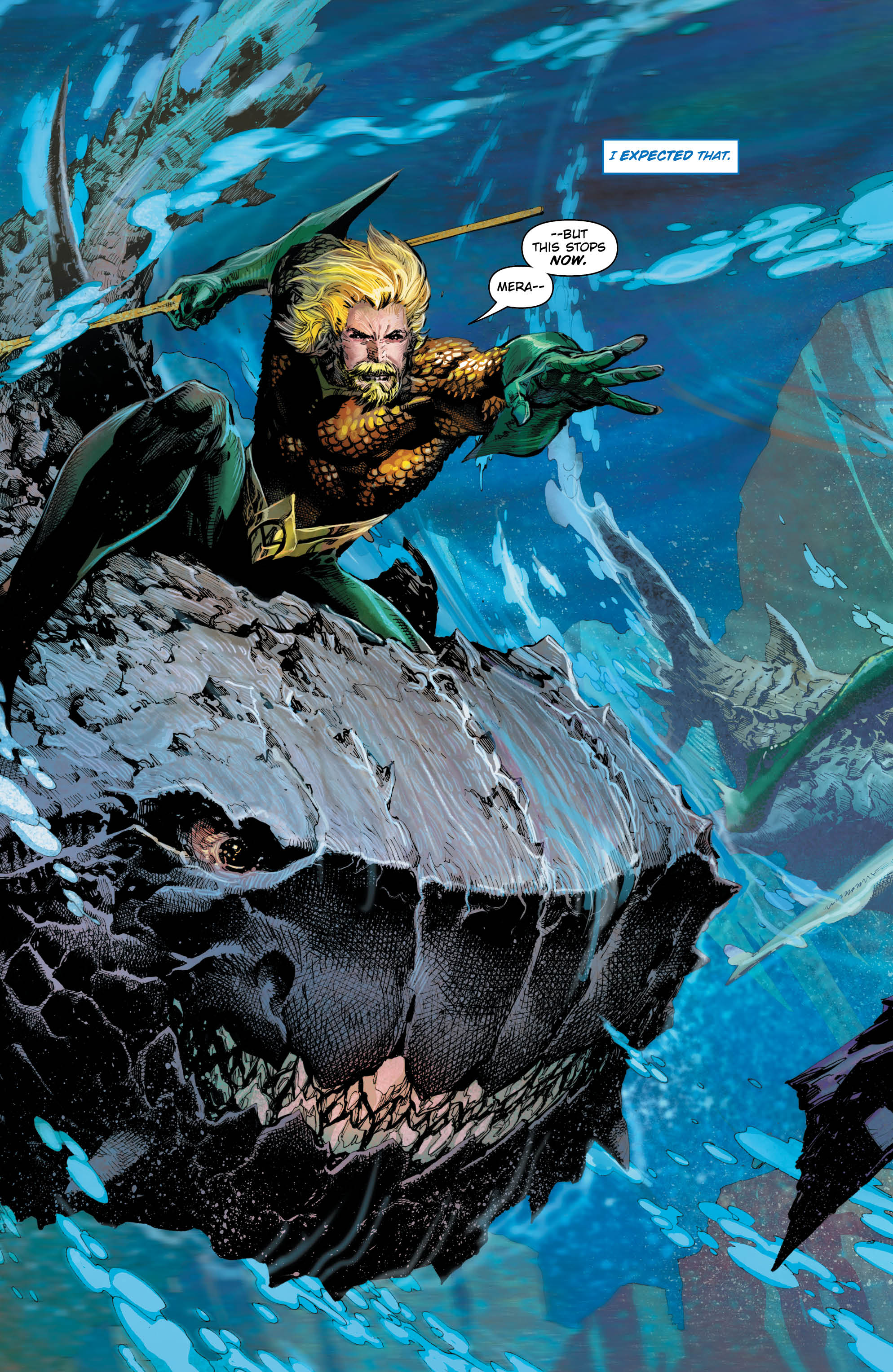 Bryce’s love interest is also a clever story element in and of itself. The reference to Catwoman is both hilarious and endearing. It creates a deeper connection with the world by utilizing an already established relationship. In doing so, Abnett shows his talent with both short-form storytelling and the Batman mentality.

A Feast for the Eyes

Philip Tan and Tyler Kirkham’s transitions are not seamless, but that’s a good thing. Tan’s lavish and gothic pencil strokes make for a beautiful rendering of The Drowned’s world. In contrast, Kirkham’s more anatomical pencils create a better clash with our original DC heroes. The fight between Aquaman and Bryce Wayne is a gorgeous mix of the horrors and beauty of the deep. 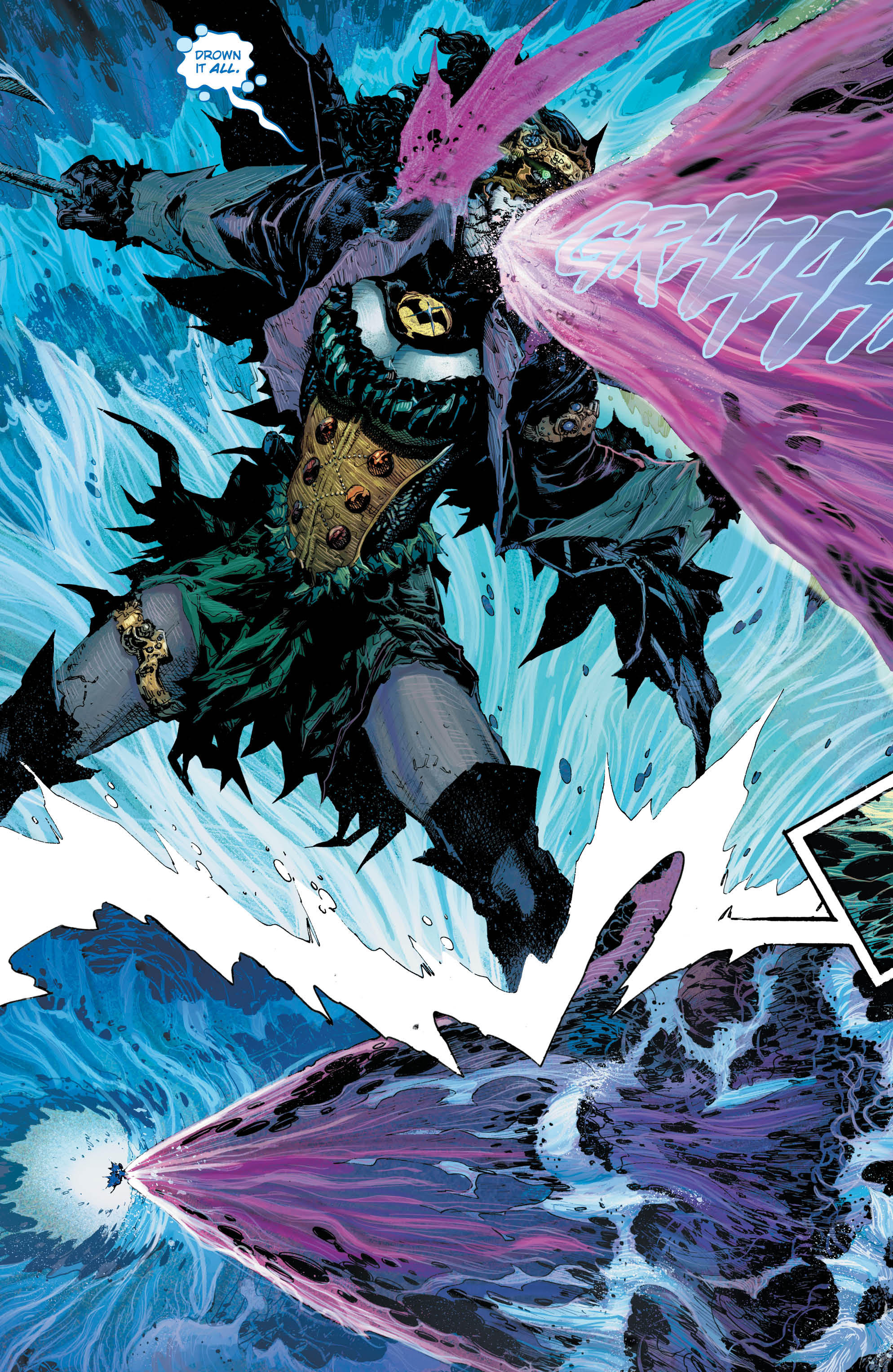 Obviously, blue is a prevalent color throughout the issue. Consequently its use by the colorists gives a horrific shadow to the depths of the ocean. Dead Water in particular is given the darkest shading of the issue. Soldiers of Bryce Wayne’s army resemble the hideous orcs and goblins featured throughout the Lord of the Rings and Hobbit trilogies. Dan Abnett is also a prolific fantasy author. Here, his talent for incredible backstory and fantastical settings is put to great use. His team of amazing artists in Kirkham, Tan, White and Prianto are amazing minds to bring his world to life.

Dark Nights: Metal has put a huge emphasis on fun and excitement. Every story and installment has been an entertaining addition that has let artists and writers let loose on a tragic but awesome structure. They’ve had to take just over 20 pages to create an interesting take on a Batman succumbing to all of our worst fears. In Batman: The Drowned #1 Dan Abnett and his team create the best story yet. Theirs is a tale of woe and whimsy set in the glorious waters of Earths both known and unknown.

Philip Tan and Tyler Kirkham work masterfully to realize Abnett’s vision. An almost fairy tale like haze is cast over this amazing story. The narration is almost all of the story, helping to create an intimate and introspective look at our villain. Dan Abnett gives Bryce Wayne her own story, identity and tragic beginning.