BOOM! Studios and WWE announced Tuesday that WWE Superstar Samoa Joe will make his comic book writing debut in WWE #13. It will be available January 2018. From the press release:

Samoa Joe will be joined by co-writer Michael Kingston and artist Michel Mulipola. WWE #13 aims to go behind the scenes of Samoa Joe first joined Monday Night Raw. Along with Joe’s tale of his first appearance on Monday Night Raw, WWE #13 will also tell a story about this year’s Festival of Friendship featuring Chris Jericho and Kevin Owens. This second story will be written by Kevin Panetta with art by Daniel Bayliss.

Samoa Joe is thrilled to take on this opportunity and reveal how Triple H really convinced him to make the jump:

As a lifelong comic book fan, it’s a thrill to partner with BOOM! Studios on the official WWE comic book series and tell the true story behind my journey to WWE. Ever wonder how Triple H really convinced me to make the jump? Now you’ll get the real story, from me and my incredible co-writer Michael Kingston.

Chris Rosa, Associate Editor of BOOM! Studios, added, “Monday Night RAW has been the place where some of the most exciting, shocking, and hilarious moments in WWE history have taken place, and we’re so happy to take a ride down memory lane with this special issue.” 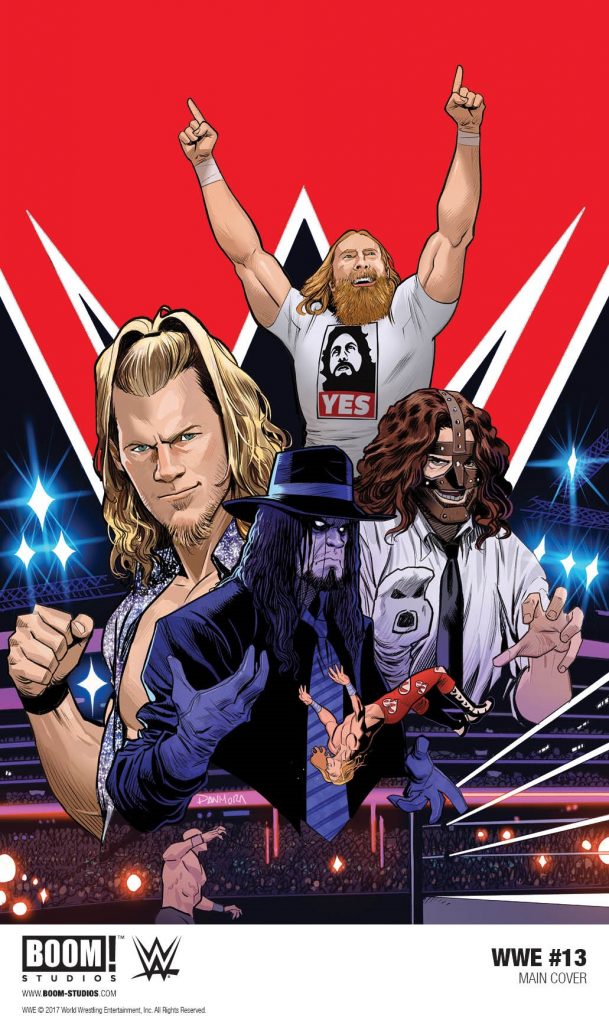 Do you read the WWE comics? Are you excited for WWE #13 and Samoa Joe’s comics debut? Share your thoughts below!