We’ve got your first look inside the Book of Revenge in Bloodshot Salvation #3.

First, Ray Garrison channels his inner rage and once again becomes Bloodshot when his family is threatened by Magic’s evil, sadistic relatives reveal their true intentions. Bloodshot will quickly find the path to revenge has deadly consequences.

Then in the near future, Ray’s wife, Magic, and his daughter Jessie flee the evil clutches of Rampage and the sinister OMEN agents who pursue them across the American heartland. Just when all hope appears to be lost and darkness is closing in, the two receive a helping hand from some familiar faces and a message from the grave.

As you will find out below former Bloodshots including Tank Man, Cold Man, and Viet Man will be showing up to help Magic and none other than Punk Mambo will also be making an appearance. But probably the biggest surprise is that Ray appears to be dead and Punk Mambo will be performing a seance in order for Ray to communicate with Magic. However Ray isn’t really dead at all. He’s been transported to the future. More specifically he’s in 4001 A.D!

Bloodshot Salvation #3 is written by Jeff Lemire with art by Lewis Larosa and Mico Suayan. It features covers by Kenneth Rocafort, Monika Palosz, Jay Anacleto, an interlocking variant by Greg Smallwood, and a Bloodshot icon variant by Neal Adams.

Take a look at what you can expect in Bloodshot Salvation #3! 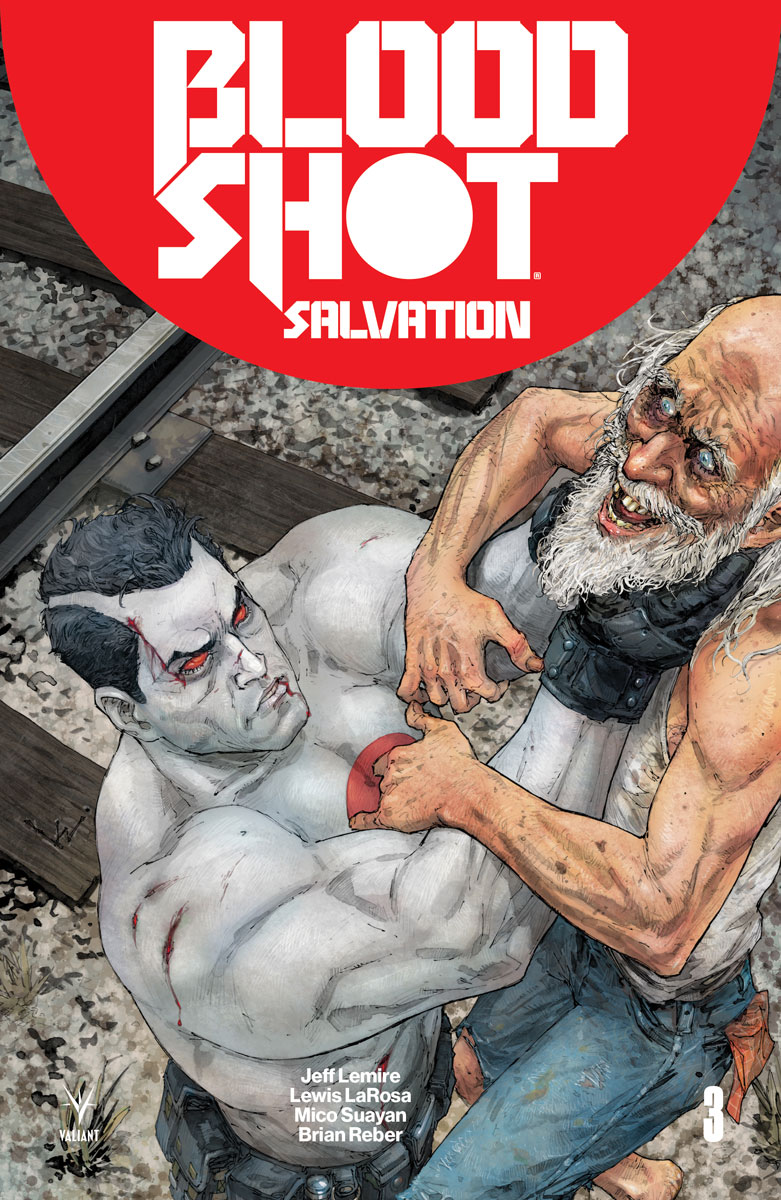 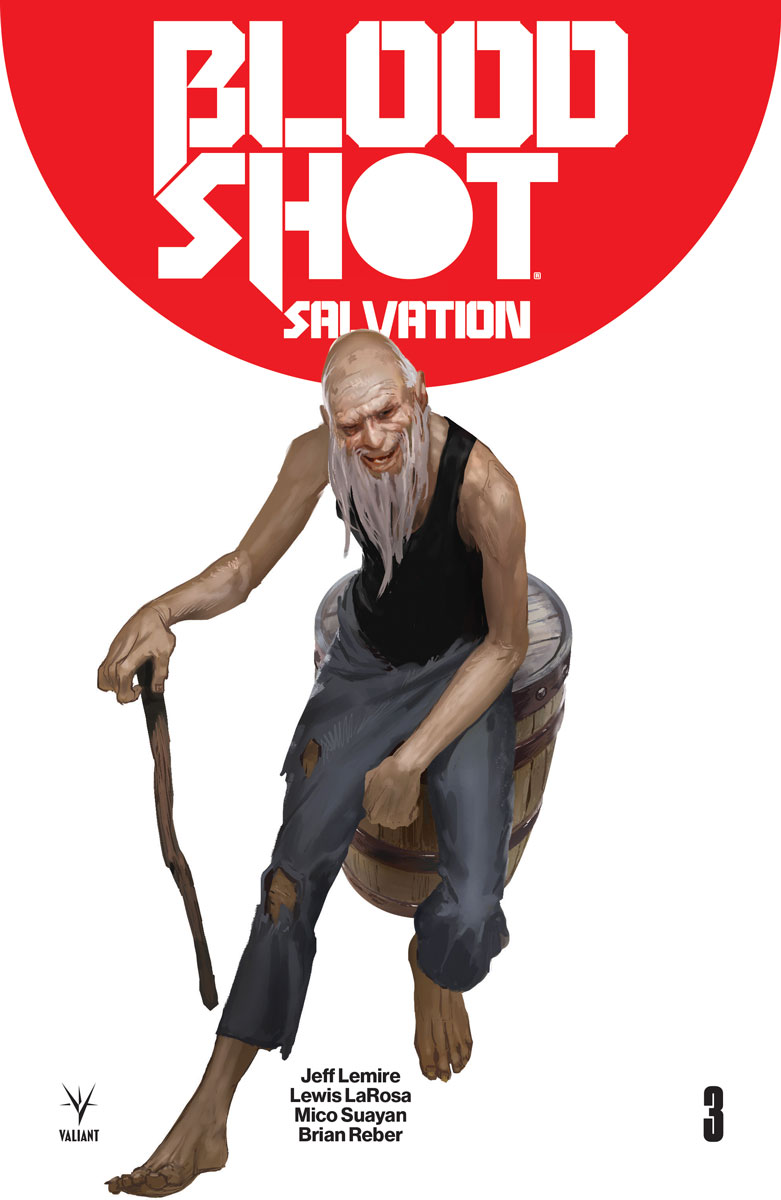 Cover B by Monika Palosz 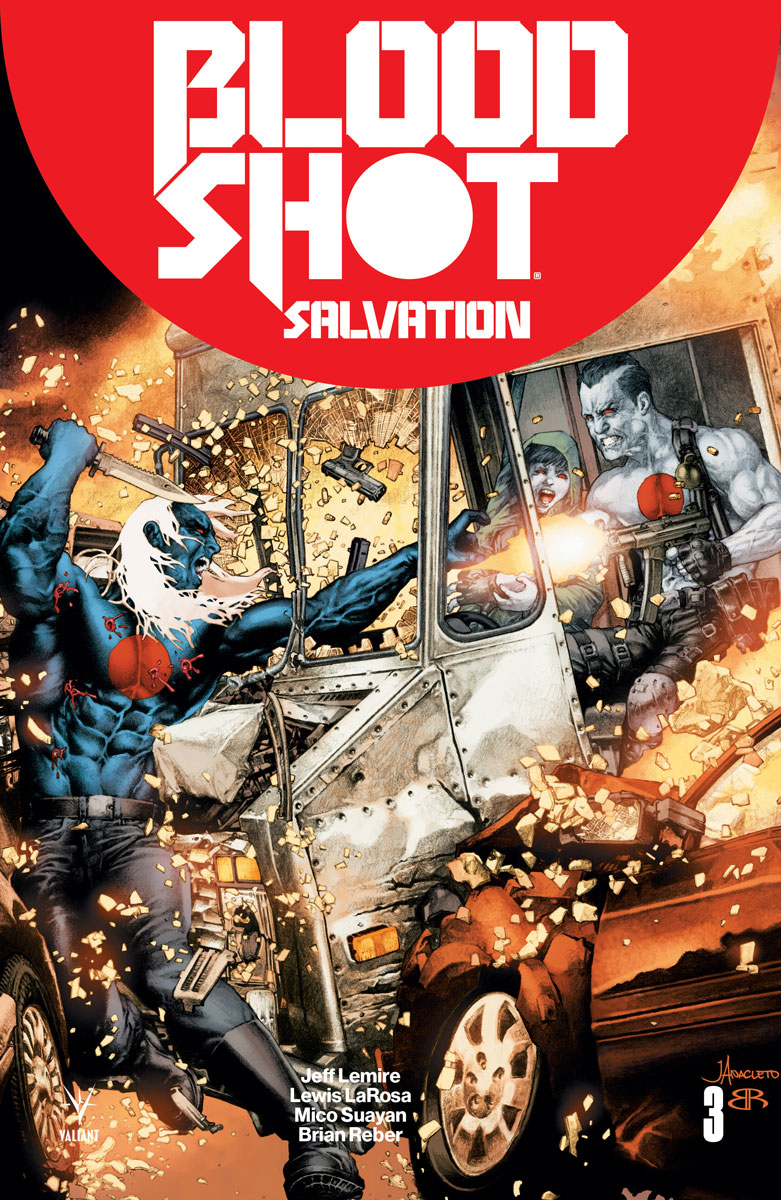 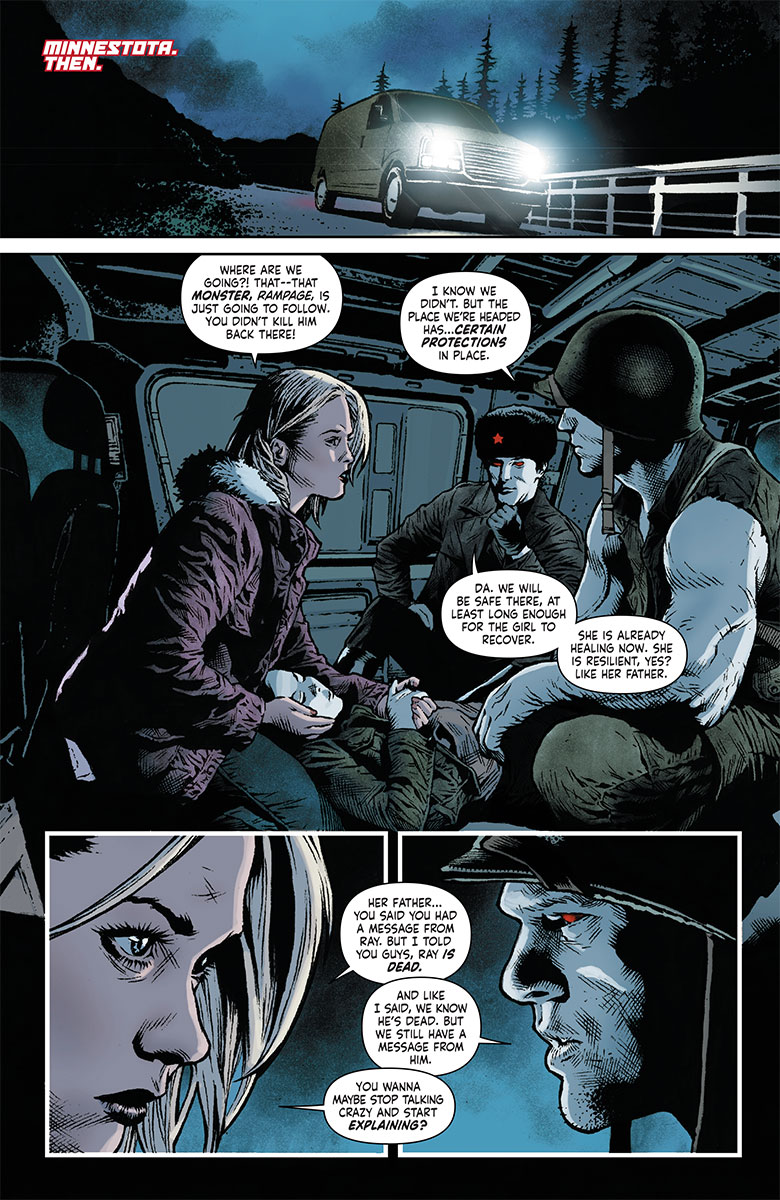 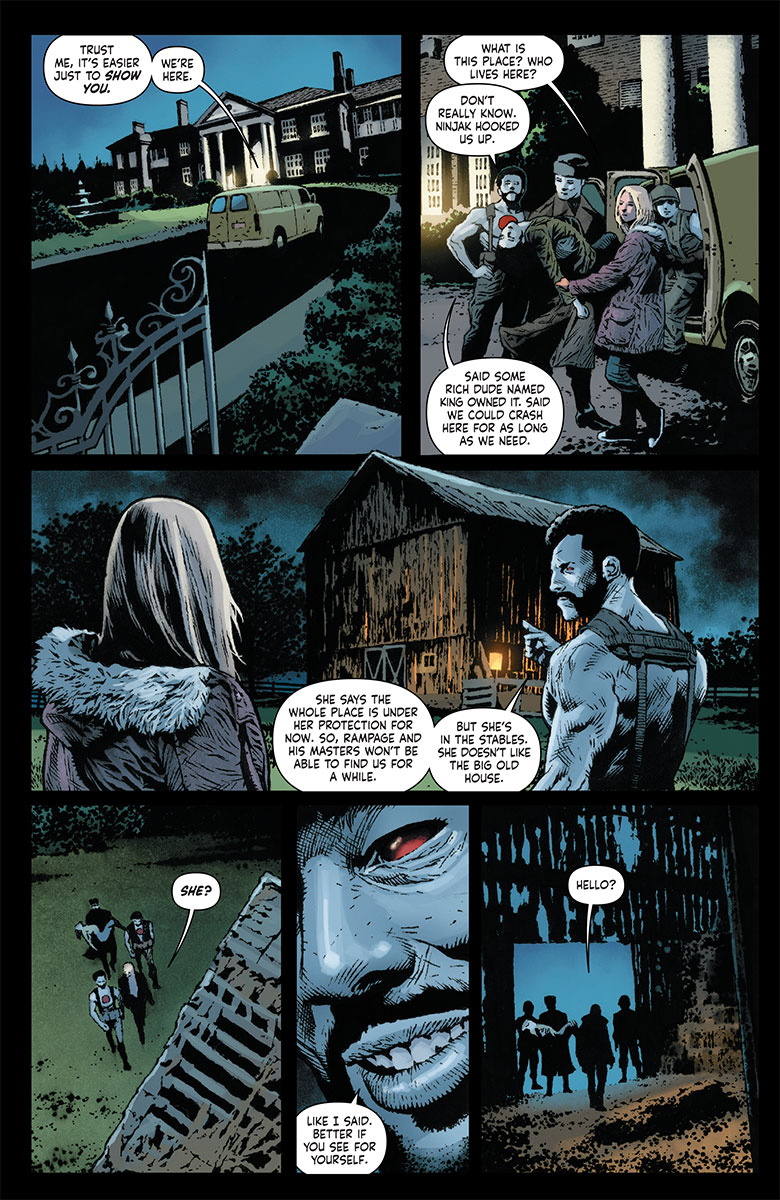 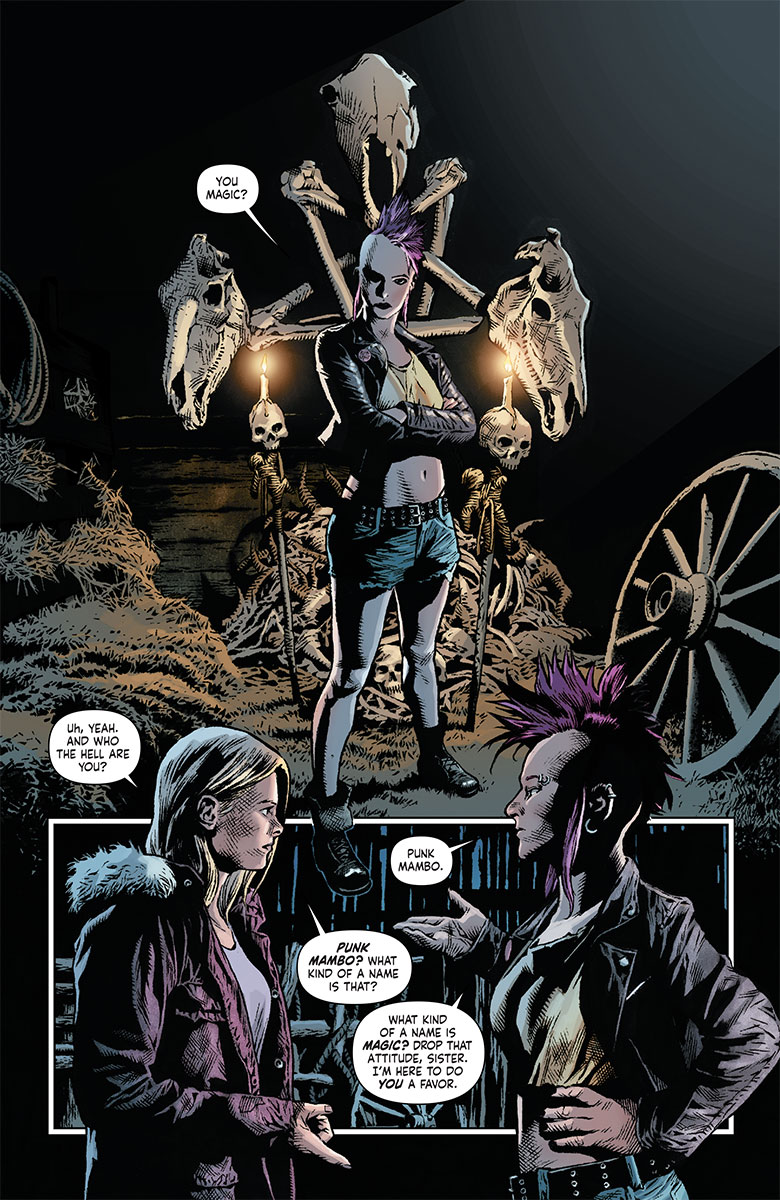 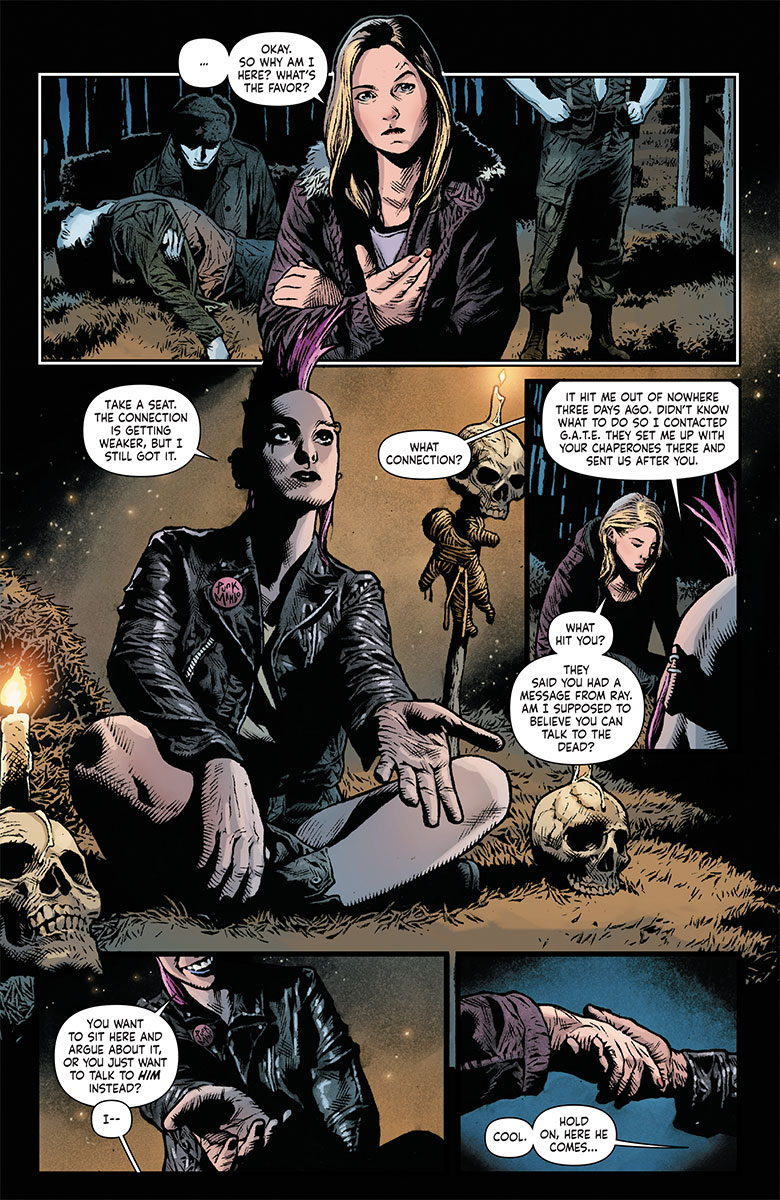 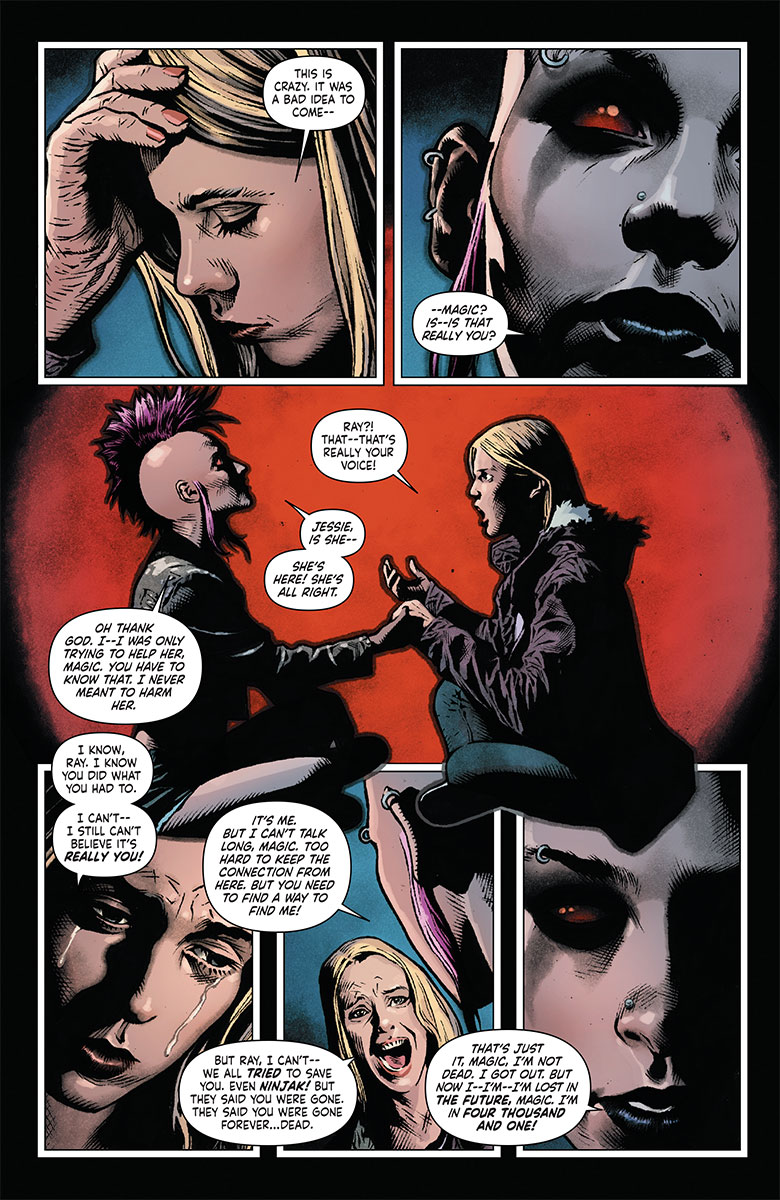