An editorial recently published in io9 made a bold statement regarding the Punisher and some of the real world events of the past month. One such claim is that the Punisher/Frank Castle was comparable to the Las Vegas shooter. The article went on to criticize the timing of Marvel and Netflix pulling the panel for The Punisher series at the New York Comic Con. Now as much as there is contention about Marvel doing this, I believe the criticism for putting The Punisher out so soon after a tragedy like that would have been more problematic from the PR nightmare of execs not being ‘sensitive at a time when a nation is grieving’. Was it the right move? I don’t know. But in my opinion, it was a better move.

The Code of The Punisher

Let’s look at just the surface reasons for each of the people the author references. The Vegas attack left 58 people dead and near 500 others wounded. As of the time of this writing, the shooter had no motive behind his actions. The Punisher series on the other hand, will feature Frank Castle going on a hunt for the people responsible for the murder of his wife and children. The people he has killed and will kill in the series are during wartime efforts and in a revenge-story.

In the article, the author makes this statement:

“Though he’s most often framed as a complicated antihero who abides by a personal code that defines his sense of justice, the Punisher is Marvel’s equivalent to a mass shooter.” 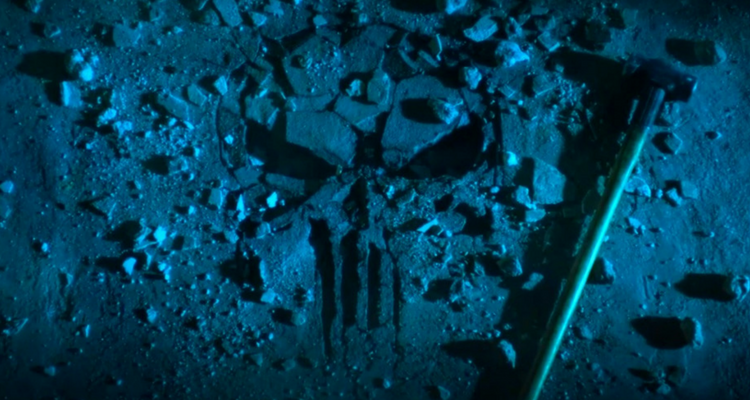 For years, The Punisher comic has been out. He has been targeting mobs and gangsters and the most powerful elements of the criminal underworld. In this recent iteration of the character for Netflix, even the secret echelons of government operations are in the crosshairs. We’ve already had three iterations of the character on screen with Dolph Lundgren, Thomas Jane, and Ray Stevenson. The character has existed in times of past tragedies, and continues to exist despite them. A mass shooter such as the one in Vegas shot at random, while Castle has targets. Research, surveillance, tactical operations and years of training are what separates Frank Castle from any mass shooter. Also, purpose: while the Vegas shooter fired at random on a crowd of bystanders, Castle believes in the “one shot, one kill” saying.

I admit that tragedies happen and they happen to innocent people. However, the Punisher is not one for shooting up a crowd of people who have done nothing more than be at the wrong place at the wrong time. It isn’t part of his character to do so. 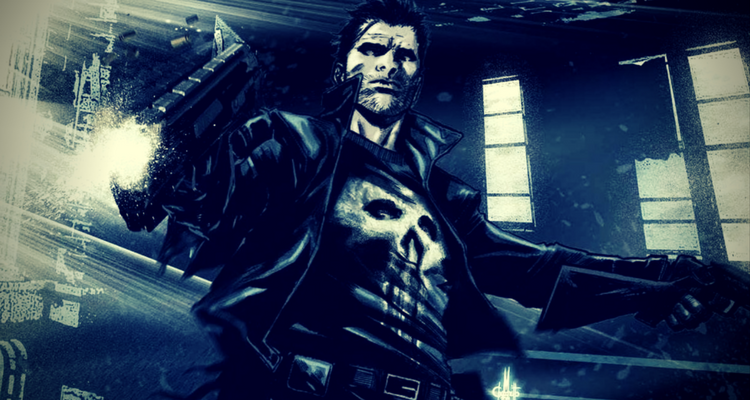 “Like Paddock, at the end of the day the Punisher is just a man with a lot of guns (and gun knowledge).”

There is a slippery slope when talking about gun control and gun violence. Britain has quite a few firearms laws on the books, yet we see violence break out in other ways through buses and bombs. Those who wish to do harm to many will find ways to do so. They will be creative, they will be desperate, and they will eventually meet a bitter end as most often do.

The Vegas shooter had a lot of weapons at his disposal and he only used a fraction of them before offing himself. In the aftermath, some of the same old talk about gun control is happening on both sides of the aisle, and the same nothing is happening because of it. I’ll just say that if we didn’t get any talk of legislation after Sandy Hook, then we aren’t going to get any after this event either.

Yet this isn’t a show about gun control and legislation. Frank Castle also has an armory at his disposal. Yet this is the only similarity between him and the Vegas shooter. The Punisher is a revenge story featuring a man who has guns and knows how to use them. For anyone to present that this is anything other than that is just plain ignorance to the history of the character. 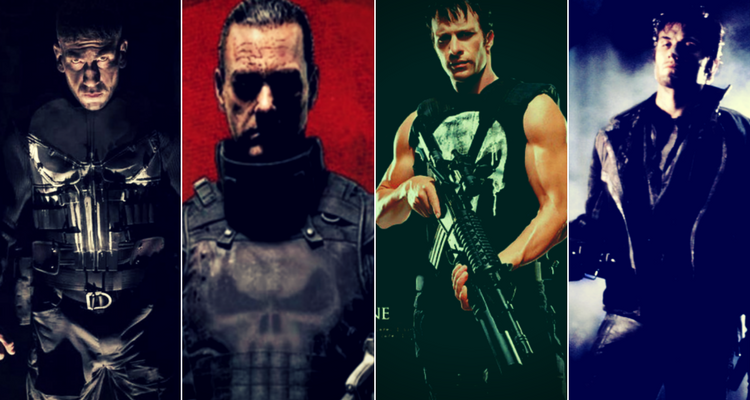 “To make the Punisher the star of his own TV show is to valorize his character- and to ignore his potential as a symbol of and blueprint for an all too American kind of horrific violence.”

I would like to remind everyone that there is a show about a brilliant doctor who is addicted to pain killers. For seasons on end, his character carried a team of doctors and in the height of his pride saved lives. Even though a broken character himself, he was deemed a hero in some sense because of his actions to heal others. Gregory House, played by Hugh Laurie, was a titular character of his own show and ran for eight seasons. The show received Emmys, Golden Globes, Peabody, and People’s Choice Awards during its run. Was this a glorification of his demons in drug addiction? Not at all. Yet the complexity of his character kept audiences watching.

Another show glorified the actions of a drug dealer. His rise from a school teacher to a drug lord of one of the most potent forms of meth amphetamines. No one saw this show as a blueprint for the epidemic of the drug problem in America, but the actions of a broken man and his rise to power and fall from society. Breaking Bad is regarded as one of the greatest television series of all time. It received during its run 16 Primetime Emmy Awards, two Golden Globes, eight Satellite Awards, two Peabody Awards, two Critics’ Choice Awards, and four Television Critics Association Awards, just to name a few.

And there was this other show. Miami policeman Harry Morgan adopts a young boy named Dexter, only to discover the boy’s homicidal psychopathic tendencies. He teaches the child to channel his passion for killing in this more constructive way. Thus, the premise for the show is established, as Dexter is essentially a show about a serial killer. This series ran for eight seasons, with record-breaking audiences. Along with that it won 23 Primetime Emmy Awards, won two Golden Globe Awards, seven Screen Actors Guild Awards and a Peabody Award.

Did any of these shows highlight the benefits of drug usage? Did they glorify the life of a drug dealer and manufacturer? Is the life of a serial killer something audiences should look up to? In this same vein, we have had a plethora of movies that have mimicked the motivations of Frank Castle, like Deathwish, or Oldboy. Then there are movies that have featured a lot of guns like The Matrix or Hard Boiled. These films and shows are staples for how action films and character studies are done today. Even now there are shows out with characters with similar character flaws like Nurse Jackie and Narcos. Yet, we don’t talk about taking them off the air for what they present. 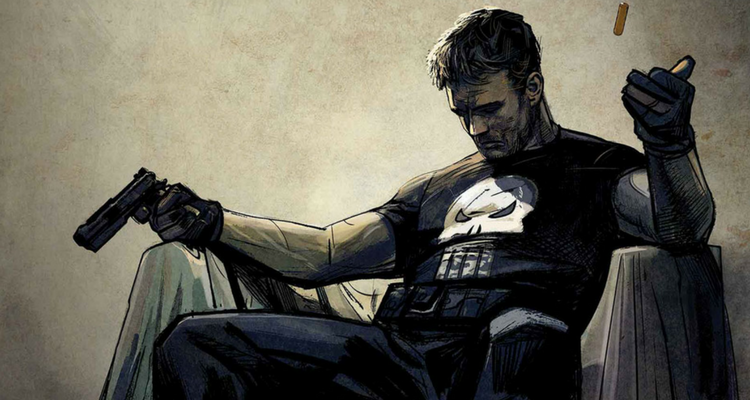 What We Can Learn

The article does make a point though, which I think the Netflix show is keen on intimating to audiences:

“… it also served as a constant reminder that Frank Castle isn’t the sort of character meant to be looked up to. He’s dangerous, broken, cautionary tale of a man who’s lost everything.”

The Punisher walks the space between hero and villain. He is introduced in The Amazing Spider-Man #129. He is initially portrayed as a villain, sent to assassinate the superhero for the apparent death of Norman Osborn. He eventually gets his own title and comic book readers finally get to see more of his back story. Yet, he continues to walk in that space, and there will always be a division about which side to place him.

Yet there is an important distinction to make between superheroes and The Punisher. He kills his targets. He doesn’t get any valor points for taking out the garbage who killed his wife and kids. We sympathize with his character in some way, given his circumstances. However, the viewers are very aware that Castle isn’t a hero, as he has no qualms of crossing that line of murdering to get the job done. Daredevil in its second season and this next show walk a line to keep audiences in remembrance of this.

In conclusion, Frank Castle is not a character we look up to. But he is no mass shooter. He is an assassin. And he is looking to exact revenge for the murder of his family. The point of this show, as the point is with many other shows that push the boundaries of entertainment, is to get a conversation going. Frank Castle rests between the sides of hero and villain insomuch that neither side is willing to work with him. He presents to the audience a moral dilemma of “What would you do?”

He isn’t Superman with near-godlike powers that make capturing criminals look easy. Nor is he Batman with a plethora of the latest tech to battle villains and apprehend them. Castle is a man just as we are, who reached a breaking point. What do we do when we have reached that point, under the same circumstances? Is revenge the right path? What does revenge look like? How far will you go? Let’s also keep in mind that all of these characters, even Frank Castle, are fictional. And there’s a certain point where fiction just has to stay fiction. If a person cannot make that distinction, then there’s something fundamentally wrong in their thought process.

Needless to say, I will be watching The Punisher when it comes out on November 17th.