Titan Comics has teamed up with Games Workshop to produce a new four-issue comic miniseries based on the bestselling standalone Deathwatch board game. The miniseries, Warhammer 40,000: Deathwatch, will follow the intrepid Space Marines as they defend humanity from the Xenos that would destroy them. 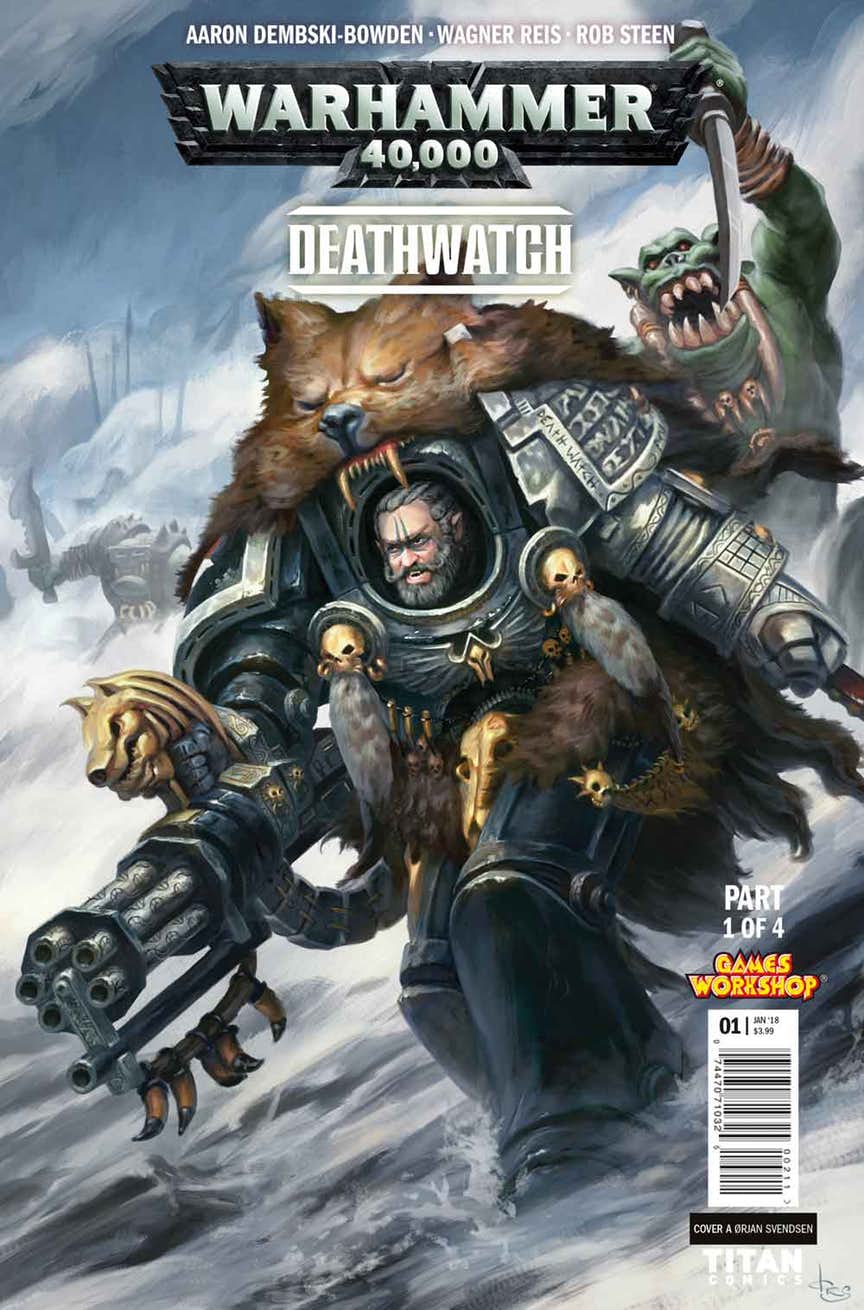 Written by Black Library and New York Times best-selling author, Aaron Dembski-Bowden (The Horus Heresy: The First Heretic), and with art by Wagner Reis (Red Sonja), Warhammer 40,000: Deathwatch Issue #1 is sure to be an excellent homage to the board game. Faced with the destruction of an entire sector, and assailed by hordes of Orks, can the Deathwatch strike team hold the line against impossible odds? 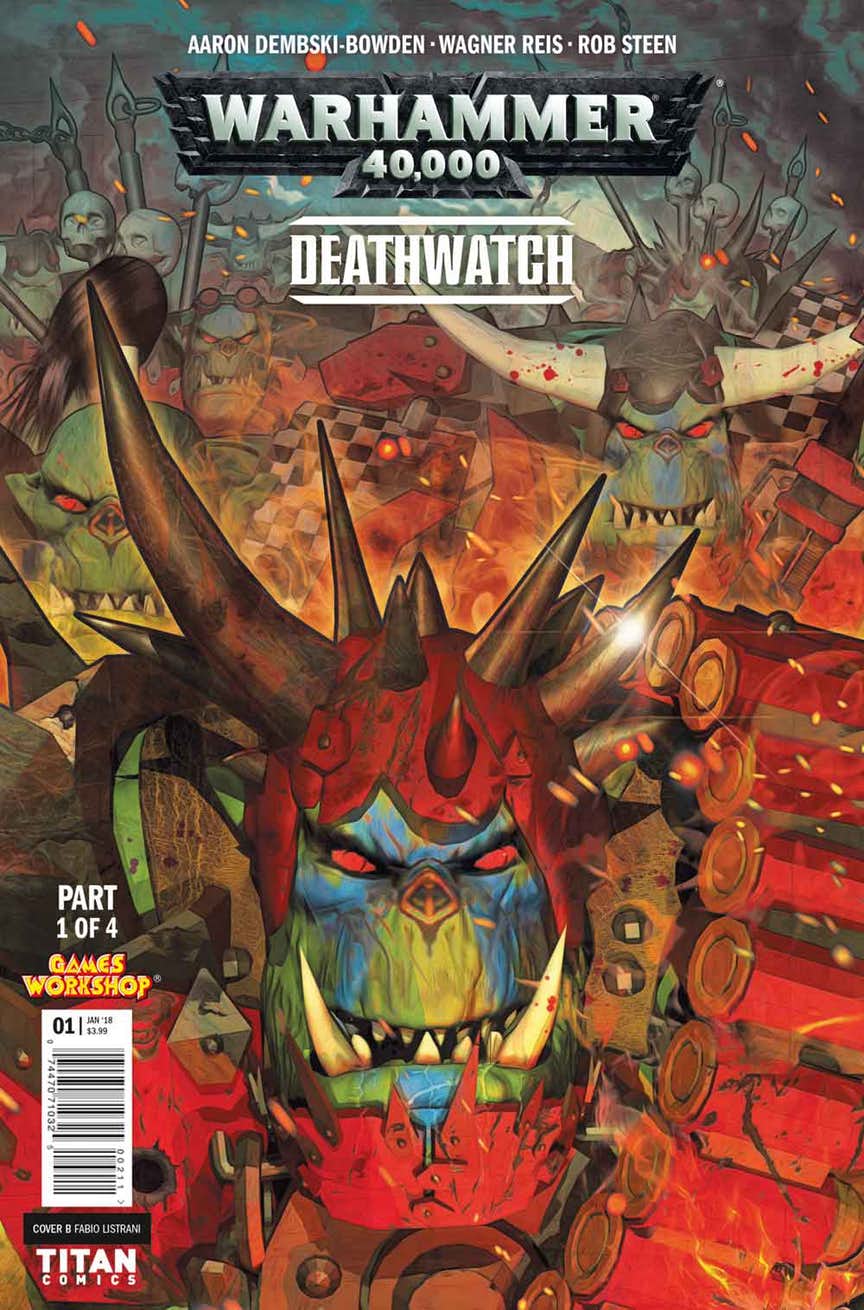 The first issue will be available to order from the upcoming November edition of Diamond Previews catalogue and comes with three collectible covers including Ørjan Svendsen (Blood Bowl), Fabio Listrani (Dawn of War III), and Tazio Bettin (Warhammer 40,000: Will of Iron). 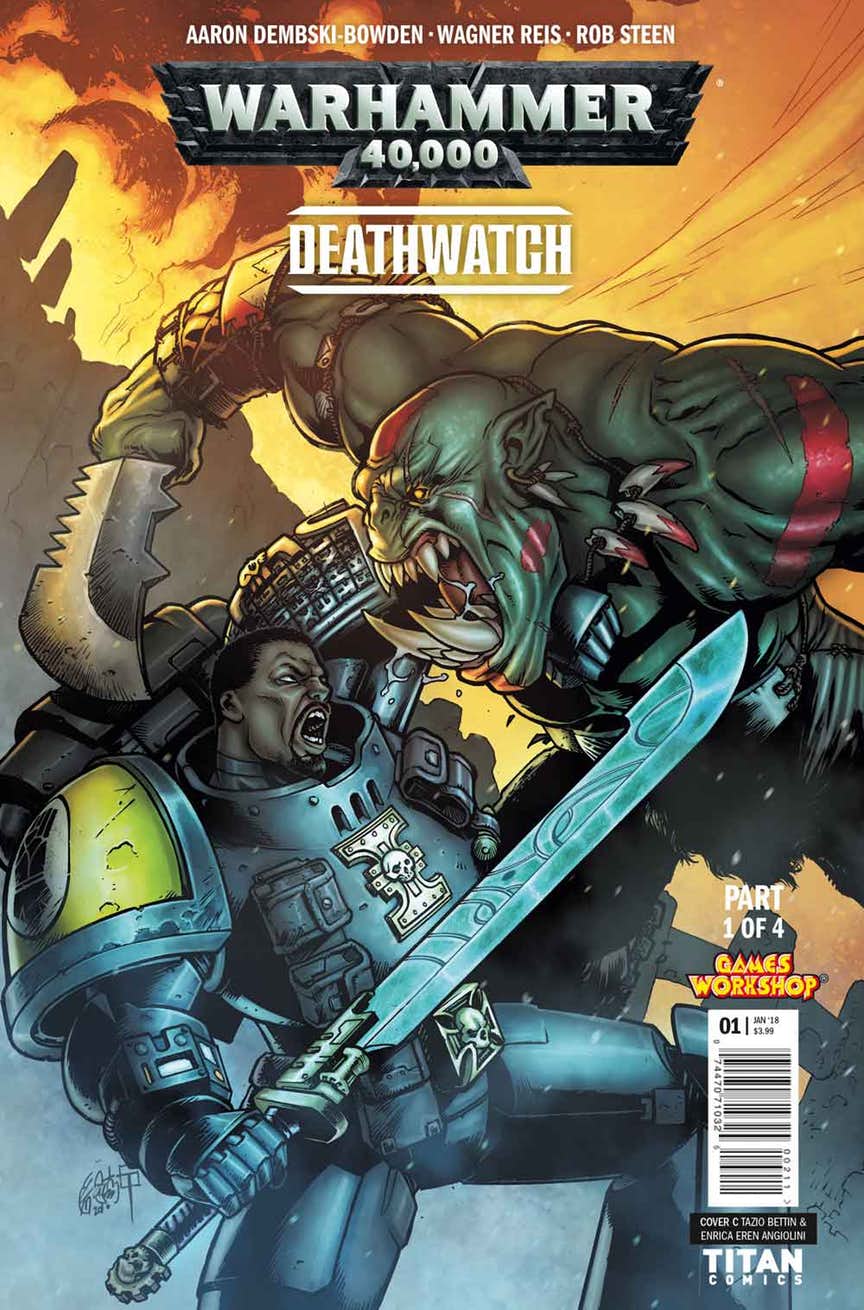 Are you excited for the new Deathwatch comic series? Share your comments below!