Hold the presses, I thought yesterday’s Punisher announcement was going to keep me pumped until November 17. It seems the marketing crew for Justice League has no plans on playing second fiddle to Marvel’s The Punisher.

Warner Bros. unveiled a new banner for the Justice League that includes Superman.  Superman’s return in Justice League has been quite a mystery over the last few months. Many fans speculate Superman will return to take on Steppenwolf; it’s just unclear how he will return. It’s quite possible he won’t return and he will only be used in dream sequences like we saw in the latest trailer.

Check out the banner for yourself! 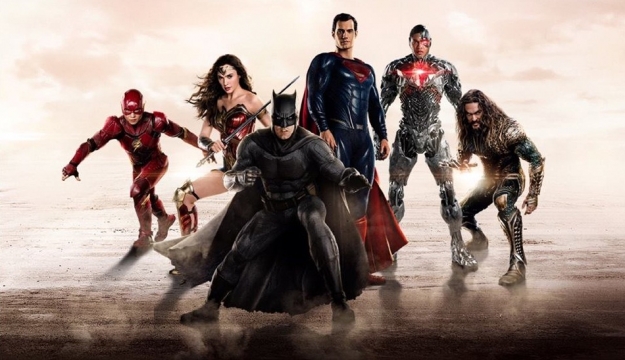 As the months have gone by, Superman’s addition to the film was hinted at, and even teased for us in photos, trailers, and other marketing material. Even the final trailer did a great job of not spoiling his return. It’s something they seemed to have learned after revealing Doomsday in the build-up to Batman v Superman: Dawn of Justice.  A few weeks ago the first sign of how Superman was going to come back came to light thanks to an official hat made available for purchase. It definitely gave credence to a major theory that has been making its way online for months.

With Netflix’s The Punisher looking to take some of the Justice League’s steam on November, 17, it looks like the marketing team called in the big guns in an attempt to keep the hype train going.

Does this shift in how the Man of Steel is being promoted mean something? All the evidence so far makes it clear Superman will return. But the big question is really how will he return? Do you have any theories? Let us know in the comments below. We’ll find out in a few weeks.

The Justice League will go #ALLIN on November 17. That gives us a few weeks to prep, set up a sick day, whatever.

Get To Know Steppenwolf