Unfortunately, it’s not ghosts and ghouls we have to be afraid of. It’s those pesky Political Correct (PC) Police who make it their yearly habit to target Halloween and people’s costume choices. This year, Disney’s Moana is one of the targets. The controversy stems from an article by Sachi Feris on RaceConscious.org. In this article, Feris decides that a child’s wish to dress up for Halloween would be a great time to indoctrinate her on so-called cultural appropriation and self-hate.

According to Sachi Feris, the reservations came from the fear of approaching someone else’s culture through the use of a costume as well as asserting their so-called power/privilege because of being white. I believe she’s missing a huge point about kids and the Holiday. Children are naturally designed to imagine and play. This is an important evolutionary tool humans have used since the beginning of our species. However, it appears she’s teaching her child that you must second guess each action because of a factor you have no control over, i.e. your skin color.

Here is a quote from a conversation with her daughter who wants to dress up as Disney character Elsa from Frozen this Halloween and Moana next year.

Elsa is an imaginary or made-up character. Moana is based on real history and a real group of people…if we are going to dress up a real person, we have to make sure we are doing it in a way that is respectful. Otherwise, it is like we are making fun of someone else’s culture.

What she’s basically saying to her daughter is, you have no right to any semblance of a childhood. Unless you micromanage each behavior, each outfit or dress up to the smallest detail you’re risking being a racist. That’s a heavy burden to drop on a kid’s shoulders. This just shows how the author is projecting her own insecurities onto her own daughter. Shocking no one, the child stubbornly dismisses her Mom’s idiotic ideas and makes it clear she wants to dress up as Elsa this year and Moana the following year.

Now, what is wrong with dressing up as Elsa or Moana? Nothing. Children have always used this type of dress play to stimulate learning. And Halloween, for the most part, is just an extension of this play with the added bonus of receiving candy. It’s not like her child is requesting a Klan robe with a matching burning cross. She loves the movies and wants to just play pretend. What harm is there in that? If I wanted to dress up as a Klingon on would I be appropriating Klingon culture? I mean there are real costumes and a language associated with Klingons. Am I and others now barred from this because of the misguided sensibilities of a few people?

In the end, this is just a matter of someone who is white making a mountain of a mole hill or more accurately making a mountain out of nothing. This type of virtue signaling is popular among those on the left who wish to replace real work with hashtags and tweets. This overt and overbearing sense of self-loathing does nothing to bring communities together. It is also counterproductive because you end up only driving people away from your own point of view. Who in their right minds wants to see kids being lectured for playing dress up during Halloween?

Unable to indoctrinate her five-year-old, Sachi decides to pursue her own path:

We would have to do some research and figure out if there is a way to dress up as Moana that is respectful of her culture.

Yes because the only way we’re allowed to dress up for Halloween is if we do it in a manner that the left feels meets their standard of respect. However, there isn’t really a standard of respect or if there is one it is constantly changing and you will never be able to truly meet it.

However, it’s not just Moana Sachi takes issue with. She also doesn’t like the idea of her daughter dressing up as Elsa.

There is one thing I don’t like about the character of Elsa. I feel like because Elsa is a White princess, and we see so many White princesses, her character sends the message that you have to be a certain way to be “beautiful” or to be a “princess”…that you have to have White skin, long, blonde hair, and blue eyes. And I don’t like that message. You are White, like Elsa—if you dressed up as a character like Moana, who has brown skin, you would never change your skin color. But I’m not sure I like the idea of you changing your hair color to dress up as Elsa—because I think Elsa’s character could also be a short, brown-haired character like you. 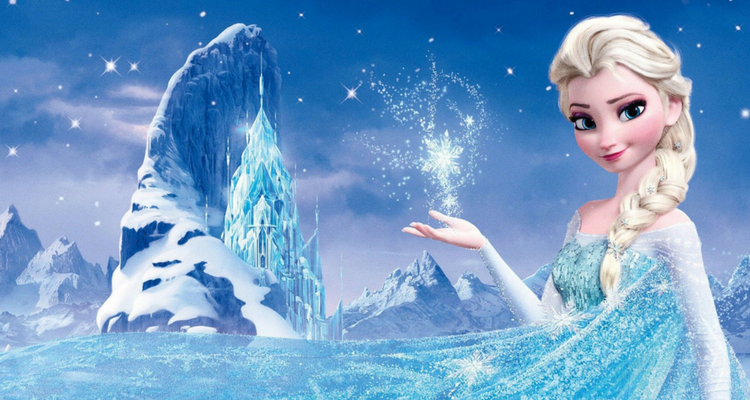 Again her daughter is the voice of reason by clearly stating:

Succumbing to the child’s will, Sachi relents, but only after attempting to indoctrinate her child again:

“We can do that,” I agreed. “When we are dressing up as a made-up character who is White, it is OK to change how your hair looks, but I just want you to know that if you wanted to, you could dress up as Elsa and not change your hair.”

Sachi Feris continues on in the article explaining how she places barriers on her young daughter whose only crime is the desire to play dress up. Not even being able to dress up someone that you happen to look like is enough. Even there exists another problem for the PC Police. Like sinner going to confession, you must first pay for your sins, in this case, none were committed, and fix a problem that in reality doesn’t exist. Elsa should not have been a problem, but even though she’s a white character. Sachi Feris again found another issue. The standard changes like it always does with people of that mindset.

This is but one example of many that we’ve seen over the last few years. These PC Police want nothing more than to use the excuse of respecting another culture as a means to police Halloween costumes. If you’re white you got a whole list of costumes you’re not allowed to wear because of (insert excuse). Hell if you’re bi-racial and want to dress up like a figure you hold some cultural connections to, you’ll still be found at fault for wrong think.

Here’s the thing its Halloween for Godsakes. Kids are going to want to dress up like people they look up too. Is that so bad? I remember one year I dressed up like a samurai. I for one am not Japanese, but Puerto Rican, and I loved it. From there I continued to learn about Japanese culture and history. It opened my eyes to a culture that was foreign and allowed me to go through life with a healthy curiosity about other cultures.

That curiosity is how we learn about each other. But if the PC Police have their way that won’t be possible for future generations.

In my honest opinion, this is just another symptom of the Left’s identity politics war. They cannot win the debate of ideas so it’s just easier to divide and conquer. In the guise of respect for other cultures, the PC Police want to build walls between groups. By placing people in opposing camps. Each out to get the other.

When did separate but equal become cool again? Didn’t we have this conversation over a generation ago?

I know we did and I like the majority of people prefer bringing those artificial walls down. People like Sachi Feris who find fault with people dressing up like other cultures for Halloween tend to see people who are just trying to enjoy the Halloween spirit as people with malice and ill intentions.

What should be Done to Combat the PC Police?

There are many varying degrees of opinions on the matter. Some are for pushing hard and fast. They hit us we hit back just as hard. We’ve seen the good folks at 4chan do an entertaining job of this over the last few years. Others believe if you want to knock the air out of the PC Police is to not to give them a soapbox. Just ignore them. Don’t pay any mind to them, and don’t allow them to legitimize their arguments with a debate. Pretend they are ghosts and allow them to have nothing to feed on.

Though there might be a better way. One that is a bit more creative and fun.

Simply put, just mock them. Just as Mel Brooks mocked bigots and their backward views with movies such as Blazing Saddles. We can take a page out of his comedic playbook and turn the tables on the PC police. Use their tactics and just mock their foolish behavior. Shine a bright light on the authors’ confusion between her personal activism and parenting. This, in my opinion, is the best way to deal with these folks. Along with mocking them, another strong tactic is to simply defy them. Dress up for Halloween as whatever you want to. Don’t pay heed to the PC Police. Because nothing will make them angrier than seeing those walls they’ve built crumble down to their feet. I might put together a geisha or samurai costumes for the lawls.

We all know that there will always be bad apples in the bunch here and there. That is a fact and no matter what is done you cannot help it. But the rest of us have no business nor duty in having to explain ourselves or the way we raise our children to people who spend a life full of self-hate. They will always yell the loudest, but we’re still the majority.

I pass the question to you. What do you think about this issue? Are PC Police fielding another battleground for their culture war? Or is this just an isolated instance that really doesn’t matter? Sound off in the comments below and answer our poll!