Disney usually keeps their films pretty close to the chest. The company is great at media control, and ensuring their projects remain a mystery until the public gets to see them. Unfortunately, they may have missed one. A pint glass from the Alamo Drafthouse may have spoiled a major moment in the upcoming Star Wars sequel. In November, the theater and gallery is hosting their famous MondoCon pop-culture, art show. They have countless posters and pieces of custom-made merchandise for fans to buy.

Unfortunately, one pint glass may have spoiled and confirmed a rather important moment in Star Wars: The Last Jedi. This is the last warning for those who wish to avoid the spoiler. 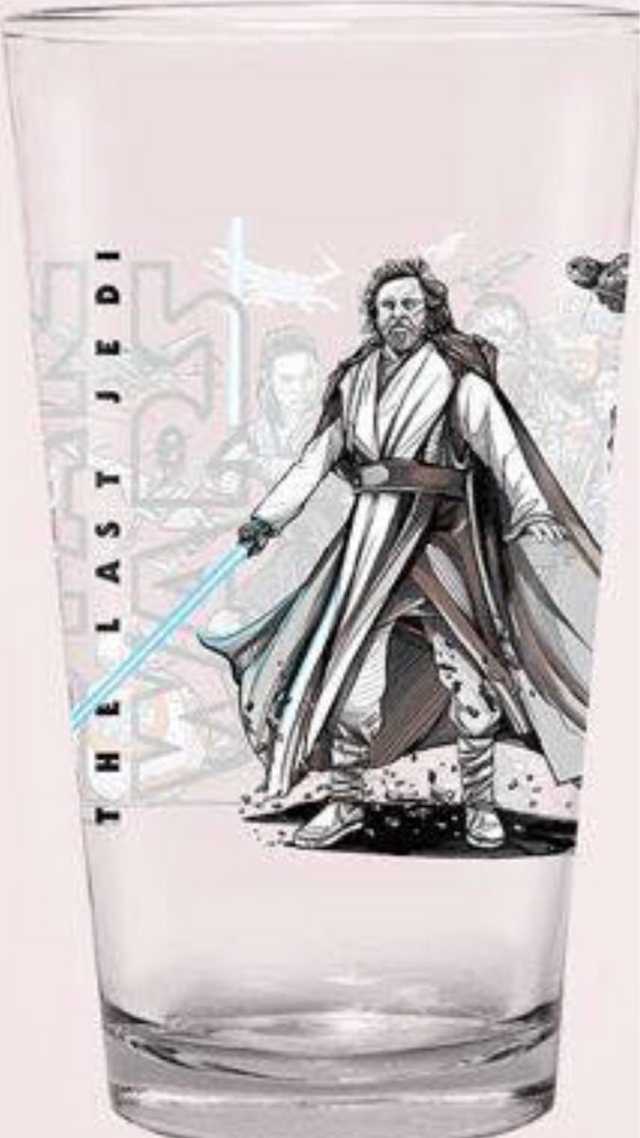 Fulfilling the wishes of every fanboy and fangirl in the world, Luke is wielding a lightsaber! It may not be the green sword he left audiences with in Return of the Jedi, but Luke appears to once again hold the sword of his Father, Anakin Skywalker. Whether or not he does in the fashion on the glass is unclear. He’s also using the force in a familiar way. His “aura” or field of force surrounding him seems to be causing stones around him to levitate.

As many will remember, Rey was seen doing the same force technique on Ahch-To in the first Last Jedi trailer.  The most recent trailer has Luke fearing Rey’s power because of its resemblance to Kylo Ren/Ben Solo’s power. Because of this fear many have speculated that Luke hasn’t used the force in some time. Not that he isn’t still proficient in its use, as this image suggests, but that he no longer believes its use is beneficial to the universe. He’s cast himself into exile, stopped teaching new students, and has effectively made himself the “Last Jedi” for a reason.

Luke is afraid of what his teachings might do. If he does wield Anakin’s lightsaber and control the force, it may be only as proof to Rey that he still can or in a way that teaches her he is still the master.