Only Time Will Tell

Ben Affleck’s role as Batman has been something of a conversation starter for the last few months. The part has been a crucial one for the DC Films slate. Everyone is in agreement that Ben Affleck’s Batman was one of the highlights of Batman v Superman: Dawn of Justice and may yet be the highlight of Justice League. However, in a recent interview promoting the film Affleck sheds doubt on coming back as Batman in any future films. When asked if playing Batman would be at least a 5-film role Affleck replies, “I don’t know about that, let’s see what the future holds.”

The answer comes shortly after the video starts. Affleck then goes on to praise his co-stars Ray Fisher and Jason Momoa.

Curious, to say the least. Affleck sounds frustrated when answering the question, and his co-stars are wearing perfect poker faces. If this were the first time Affleck was being asked the question this would be a clear answer that the star is unhappy. However, it’s easier to believe that the actor is harboring more ill-will towards the question than the answer.

Ben Affleck has been asked about his return as Batman countless times. Unfortunately,  Justice League has been a rather storied production, but Affleck’s return has been one of its most publicized stories. But Affleck gave a clear answer months ago. He said, “I would be an ape on the ground for Matt Reeves. Let alone Batman.” What could possibly have changed? Certainly not audience perception of his character. He remains one of the most exciting parts of the upcoming film and the upcoming slate. While Warner Bros. is looking to shake things up it’s probably not by removing the most concrete and fan-favored aspect of their shared Universe. 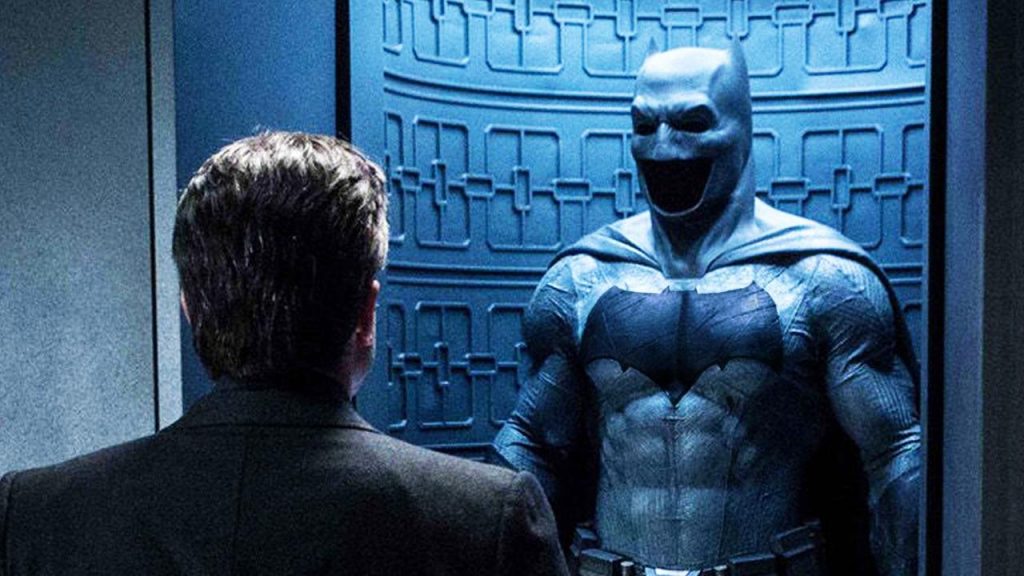 Instead, it’s more likely that Affleck is now offended by the question. He’s probably been asked in several different languages; he’s probably been asked in several different ways. When posed the question here it was cleverly masked to instead ask how many times he think he’ll appear as the character. However, he’s an incredibly intelligent man and filmmaker. He knows what the interviewer is really asking and that probably, simply pisses him off.

Things are possibly shaking up for the Flashpoint film, but a gain of one Batman doesn’t mean the loss of another. Affleck probably knows the only thing that will cease the questioning is his next film. Matt Reeves’ The Batman is already promising to be an important entry into the Batman legend.