“I killed the Green Lantern Corps once…They weren’t enough to stop me from avenging my parents’ murder. What makes you think you are?”

The events of Dark Nights: Metal spill into the world of Hal Jordan and the Green Lantern Corps in issue 32. The story is a simple one, pitting Hal against Batman: The Dawnbreaker. The ring-bearing Bruce is a sight for sore eyes. He’s an incredibly designed character who sounds and looks great. Thanks to writer Robert Venditti and artist Ethan Van Sciver. Unfortunately, the overall design for Dark Nights: Metal is starting to get repetitive. Every one of the Justice League’s members are facing turmoil at the hands of their respective Batman. The problem is the turmoil seems to be eerily similar with each issue. Every city is facing the same demise; every hero is facing the same fate. 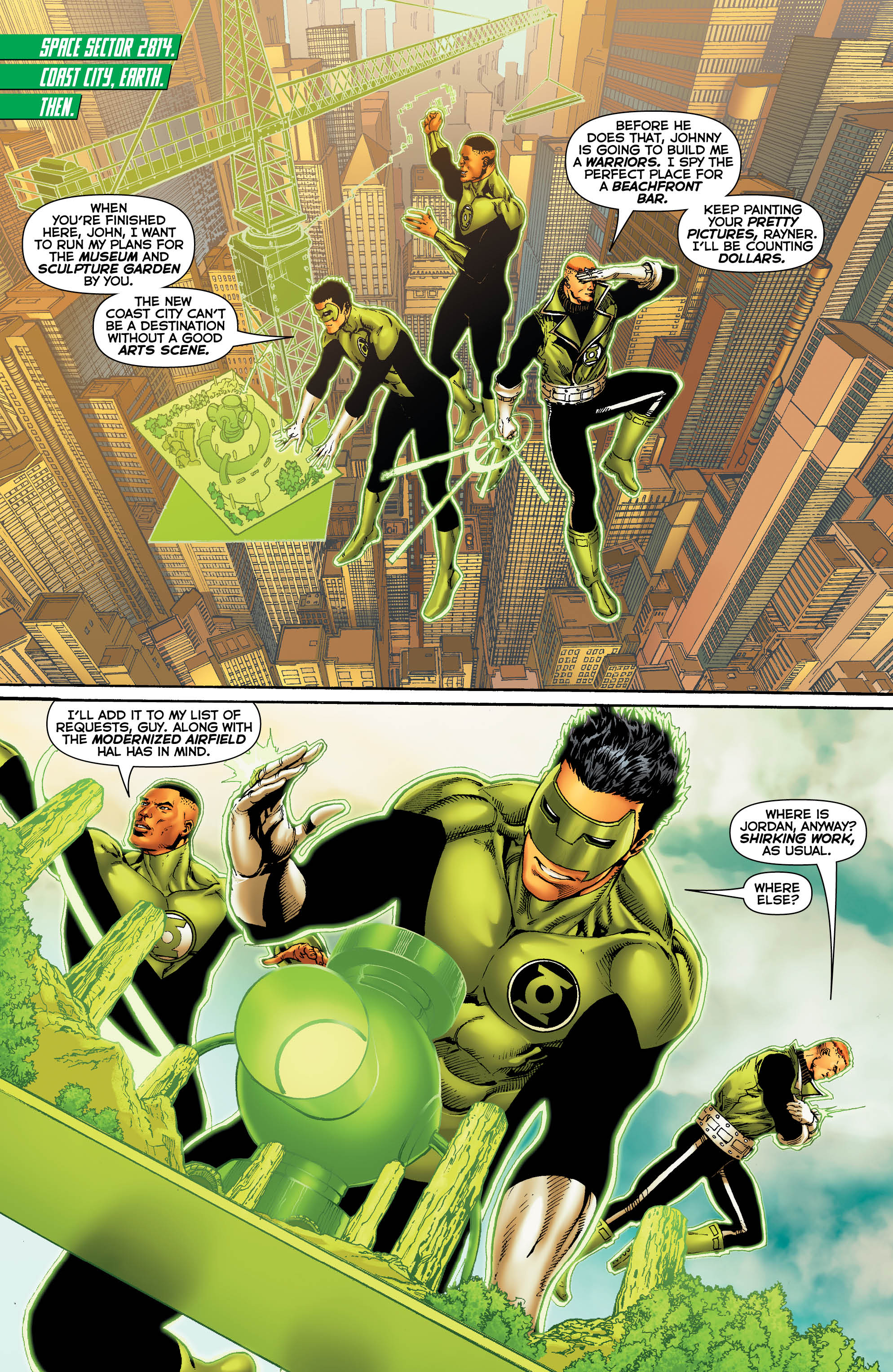 Hal has always been a literal and metaphorical light in a dark world. He remains so here. Venditti is skilled with the character and uses parts of his run to improve the character. In the hands of a great writer Jordan is one of DC’s greatest superheroes.

Bring on the Night

Coast City is in trouble. Another evil Bruce has used his powers to tear another city asunder. This time, the fearless hero is close at hand. While the story is too straightforward, it’s always entertaining to see Hal put his powers to work. The fight between him and Dawnbreaker makes good and interesting use of their powers. It’s one of the more innovative uses of the Dark Nights: Metal characters. Rather than having a simple bout between strongmen or a clashing of swords, this is a literal battle between darkness and light without either having a clear edge. 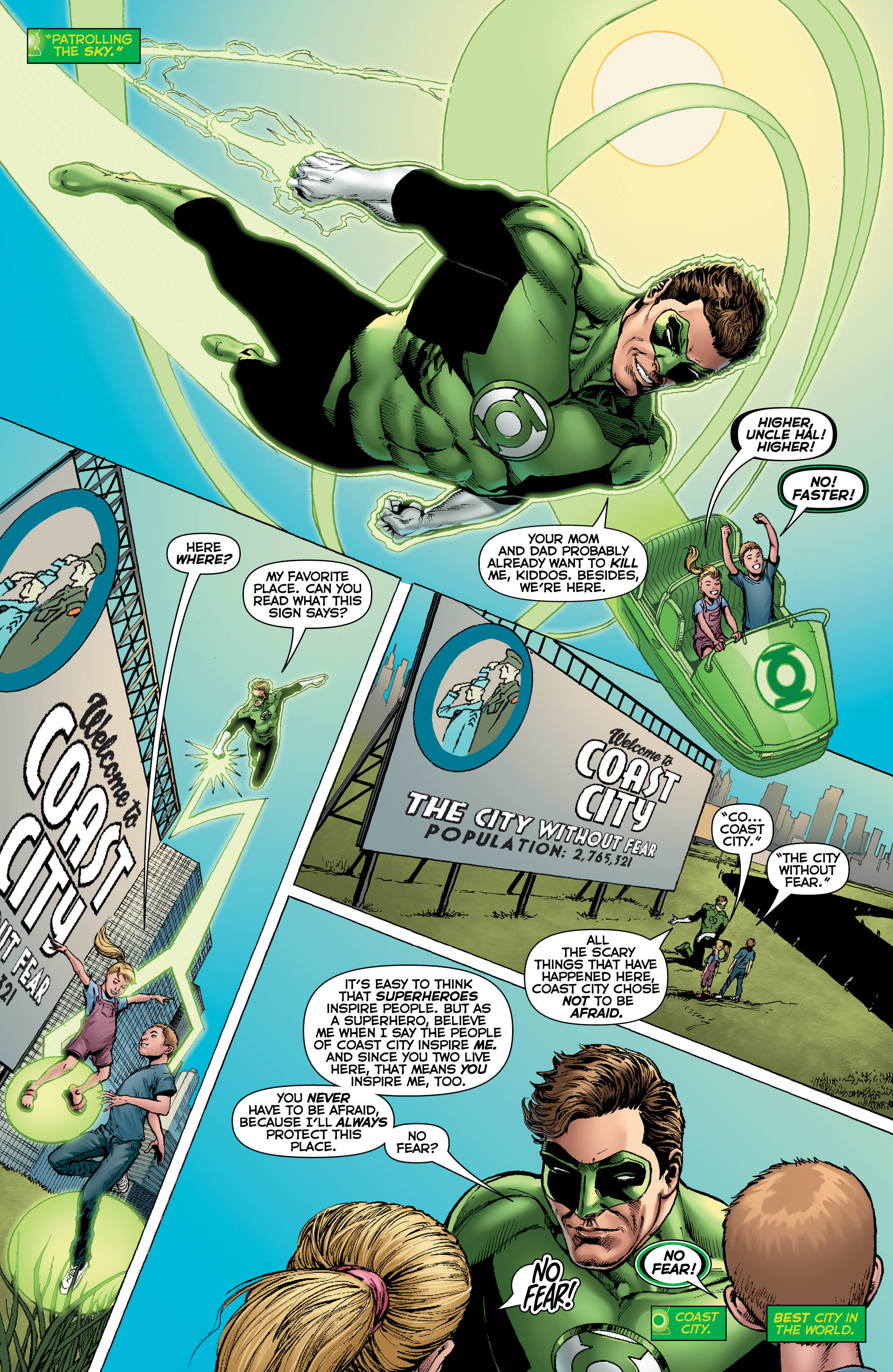 Venditti has been with Hal for over 50 issues now, including Rebirth and the New 52. His run had some minor bumps but he clearly has a talent for galaxy-exploring stories. Despite the fact that the pages here are confined to Coast City it still has an expansive and interstellar feel to it. Even thought this takes place in simple city streets it feels like it could be in the depths of space.

No Evil shall Escape my Sight

Ethan Van Sciver is a veteran of the Green Lantern universe and it shows. His panels and layouts are perfect for exploring the universe with such imaginative powers. He’s joined briefly by famed Wonder Woman artist Liam Sharp, whose sequence is a brief but lovely addition to the issue. The work isn’t groundbreaking, but it perfectly serves the exciting script. Sciver is one of DC’s best artists, the pages of Hal Jordan and the Green Lantern Corps #32 demonstrate why. 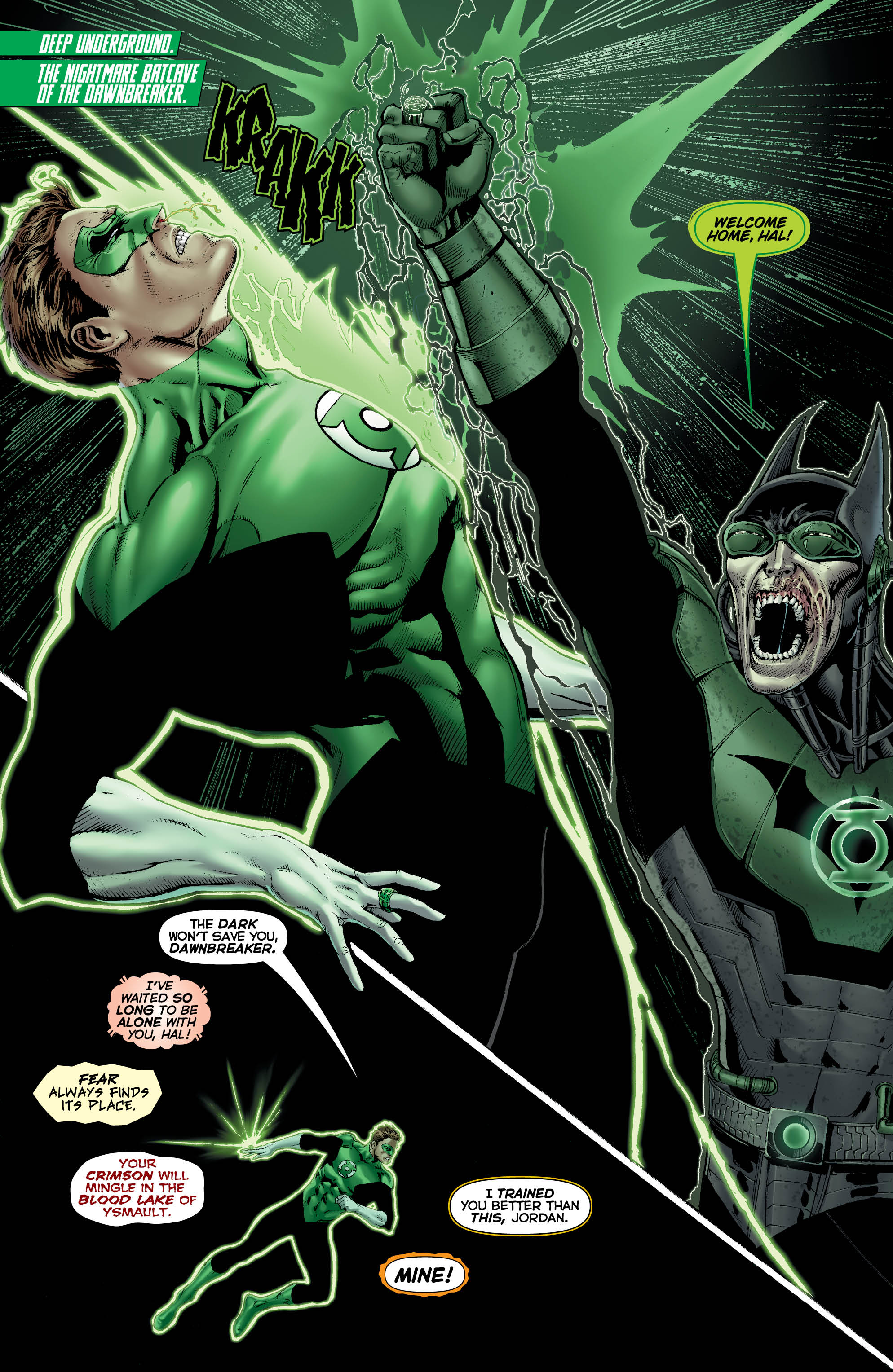 The Green Lantern stories are also always wonderfully realized by the colorists, and Jason Wright continues the tradition. He crafts a vivid and lively portrait of the Universe and our Earth within it. He’s the perfect compliment to the work of both artists and proves why DC has the best colorists in the business.

Dark Nights: Metal has tied-in to almost all of DC’s books. However, a few of the stories have been cleverly left to the background. Unfortunately, despite the interesting premise and designs behind the characters a lot of the stories lead to the same end: the fall of a Justice Leaguer. Hal Jordan and the Green Lantern Corps #32 is no different. However, it’s still an entertaining and exciting ride thanks to the skilled minds behind it.

Robert Venditti has proven his worth over and over to DC. His incredible success for Valiant Comics made him the successor to Geoff Johns’ incredible and lengthy Green Lantern run. Despite having to follow-up one of the most successful comic runs in the history of the medium Venditti has created memorable and exciting stories. He hasn’t been afraid to shake-up the status quo or to alter some of the stories Johns told. He’s helped to make Green Lantern a different world with the same tone. Despite the fact that this issue is just a tie-in, it’s another success thanks to the team who brought it to vibrant life.