It’s the holidays and Deadpool is a big fan of this time of the year! He’s gathered all his closest friends and even a few enemies in the first poster for Deadpool 2. 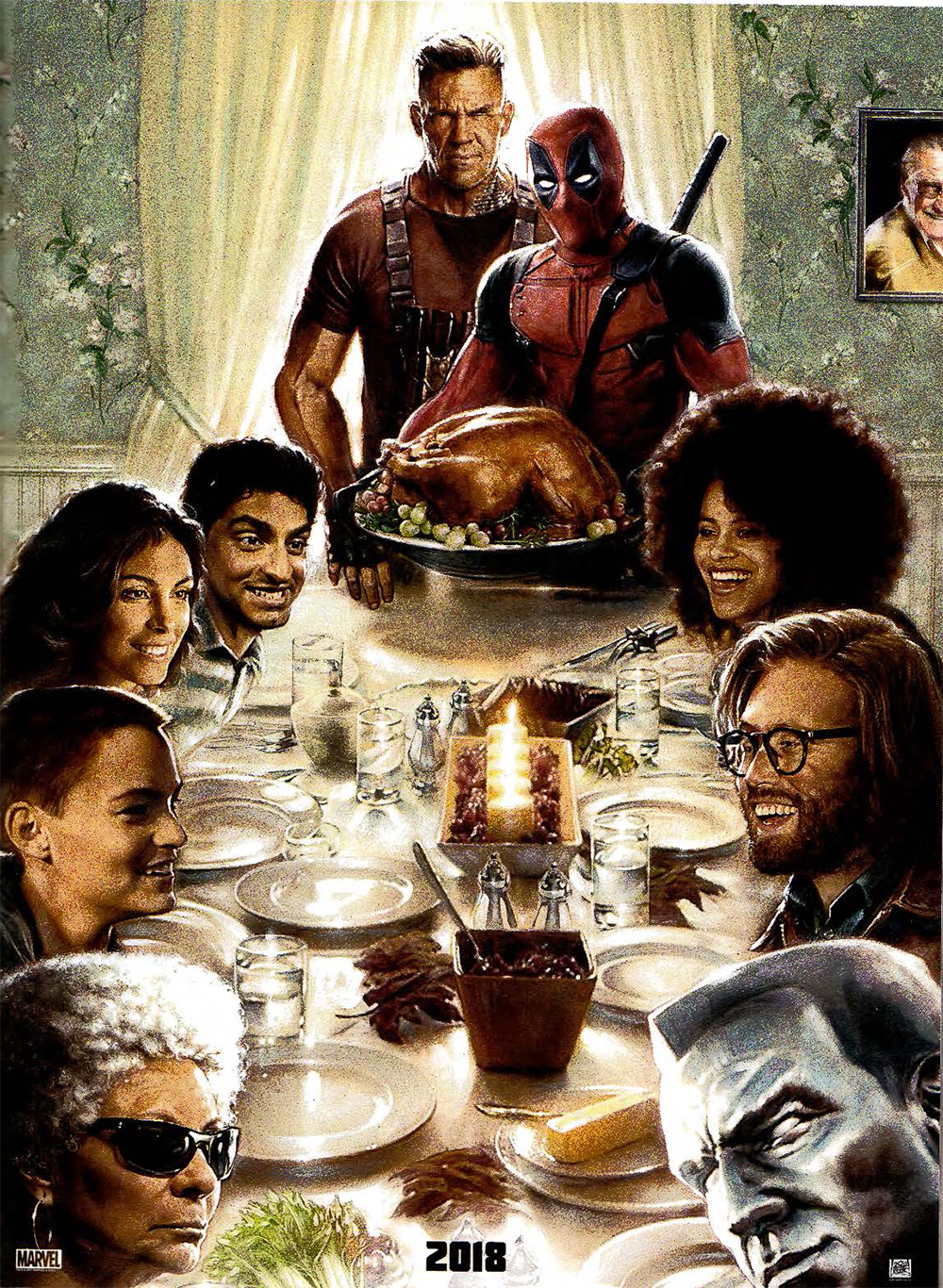 As you can see above, the new Deadpool 2 poster brings all of the major characters together for a Thanksgiving dinner. At the head of the table is Ryan Reynolds’ Deadpool and Josh Brolin’s Cable. Next up is Zazie Beetz’s Domino and Karan Soni’s Dopinder. Next to Dopinder is Morena Baccarin’s Vanessa. Sitting beside Vanessa is Briana Hildebrand’s Negasonic Teenage Warhead. Across from her is T.J. Miller’s Weasel. Finally we get Stefan Kapicic’s Colossus and Leslie Uggams Blind Al.

The poster is a riff on a classic Norman Rockwell painting. 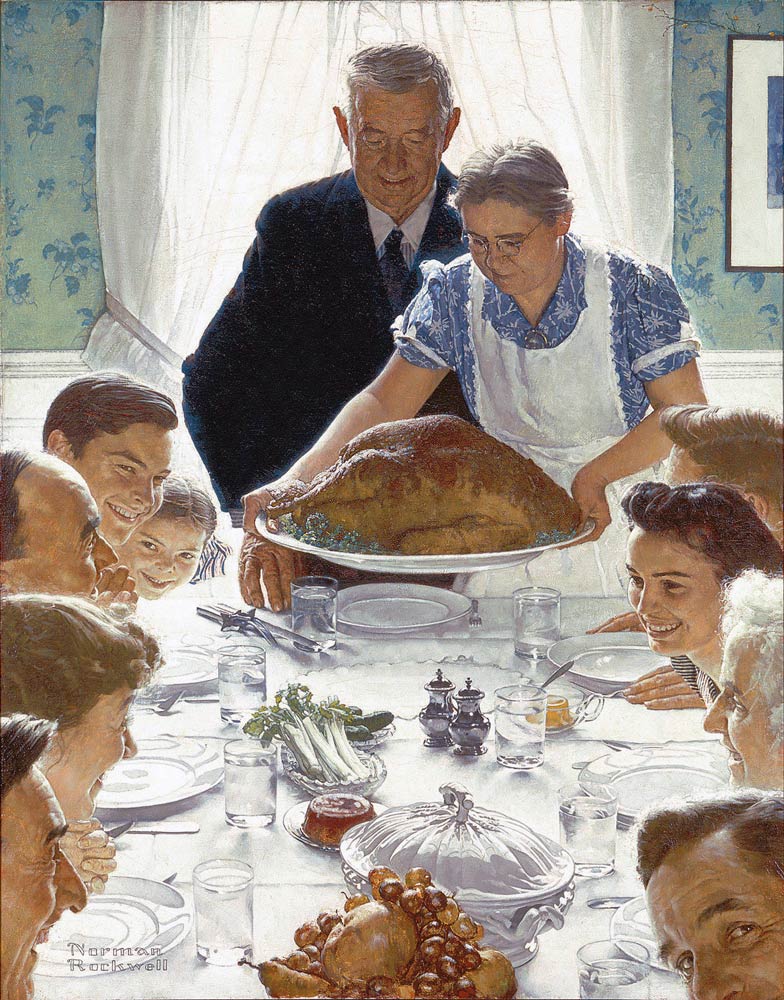 This poster is extremely similar to the tone of the marketing to the first Deadpool. It was goofy and funny and it paid off wildly bringing in $783 million worldwide with $363 million in domestic sales alone. It became the highest grossing X-Men film according to Box Office Mojo.

I expect we will get to see a lot more of the Ryan Reynolds’ trademark silliness in the upcoming months before Deadpool 2 comes to theaters in June. But they might have a hard job attempting to top the original Deadpool Christmas trailer.

I wouldn’t be surprised if they do something similar with the first trailer dropping on Christmas day. However, it would be hilarious if instead of the 12 days of Deadpool like last year, we get a Deadpool Advent calendar or maybe a Deadpool’s Eight Crazy Nights for Hanukkah!

Whatever they decide to do, I’m sure it will be an absolute laugh riot just like last year. I can’t wait to see what they come up with!