If you had to make a list of the most wanted terrorists in the Marvel Universe, who would it be? Hundreds of villains have graced the countless story arcs of the Marvel Multiverse. Though, only three made the cut according to Captain Marvel in the pages of Jessica Jones #14 by Brian Michael Bendis and Michael Gaydos. They are pretty menacing in their own right. Each of these terrorists has left ruin, destruction, and terror in their wake. Let us jump right into the list! 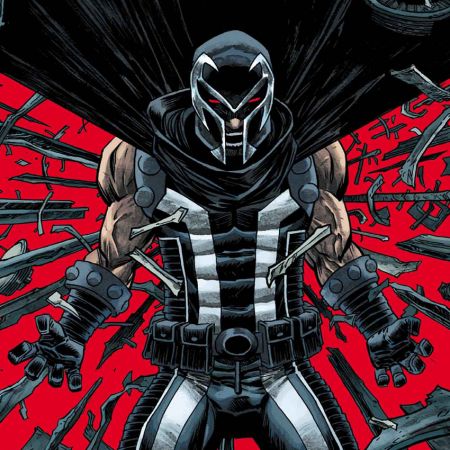 A middle-class German Jew, Max came to age at one of the worlds darkest moments, World War II. He witnessed the horrors of everything that led to the war including the hardship his family faced because of their faith. The Nuremberg Laws, their capture by the Nazis in Poland, and the death of his parents all played a major part in the man we know as Magento today.

Tragic events would continue to follow him even after his escape from Auschwitz with a young girl he’d fallen in love with. Though their escape took them out of the pan, they both didn’t realize that they were instead put into the oven when their own  home was burnt down by an angry mob who feared Magento’s powers. His young daughter, Anya Eisenhardt, died in the flames. The death of his daughter brought out Magneto’s anger and his powers fully manifested. Enraged that the mob prevented him from saving his daughter he exploded in anger killing the entire mob and destroying part of the city. 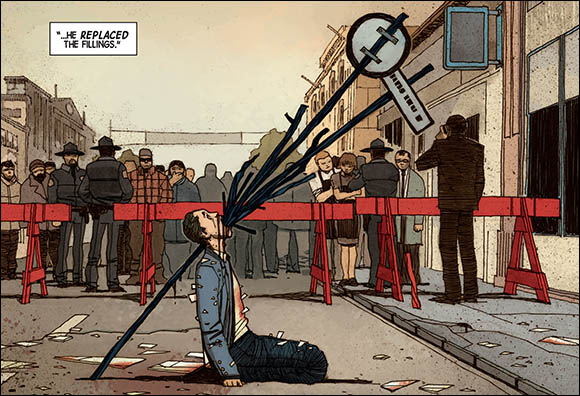 Those years helped to give rise to the person we know as Magneto today. He’s made it a crusade to unite Mutants under a single, unified banner attempting to create a pure mutant ethnostate. This has caused him to come into conflict with many governments in the process. These conflicts involved acts of terror, violence, and murder. All in the name of saving his people.

In the most recent run on Magneto by Cullen Bunn, he sows a path of destruction with S.H.I.E.L.D. agents tracking him across the globe. He brutally murders a number of people especially those who are out to hurt mutants. 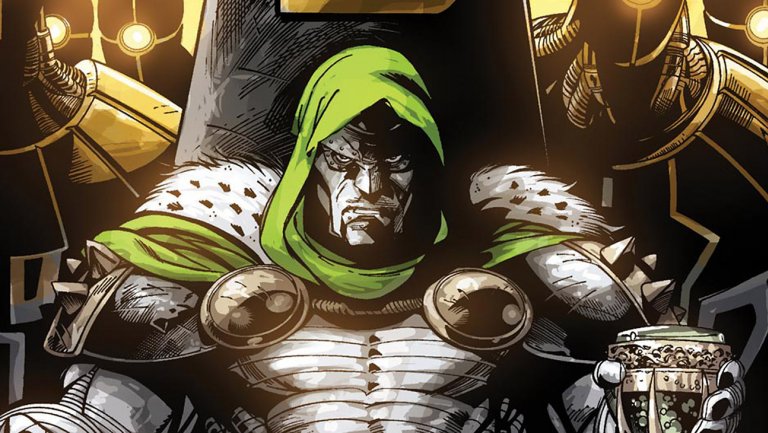 Since Doctor Doom’s 2003 makeover he’s become one of the most ruthless sadists in the Marvel universe. Unlike his movie and older comic adaptations, currently, Doctor Doom is considered one of the worlds greatest terror. One of his first acts of sadism would have to be when he skins his childhood sweetheart Valeria. He then turned her skin into a mystic armor.As he advanced in age his record didn’t get better.

These events have since been deleted after 2015’s “Secret Wars” series. Dr. Doom acts as absolute monarch of the fictional nation of Latveria. This is a big detail because of the diplomatic immunity Doctor Doom gets as a head of state. It allows him to escape prosecution for the many crimes against the Fantastic Four and the people of Earth. But thanks to the existence of Doctor Doom’s Doombots, robotic doubles that masqueraded as the villain, they’ve taken the blame for many of his supposed actions. 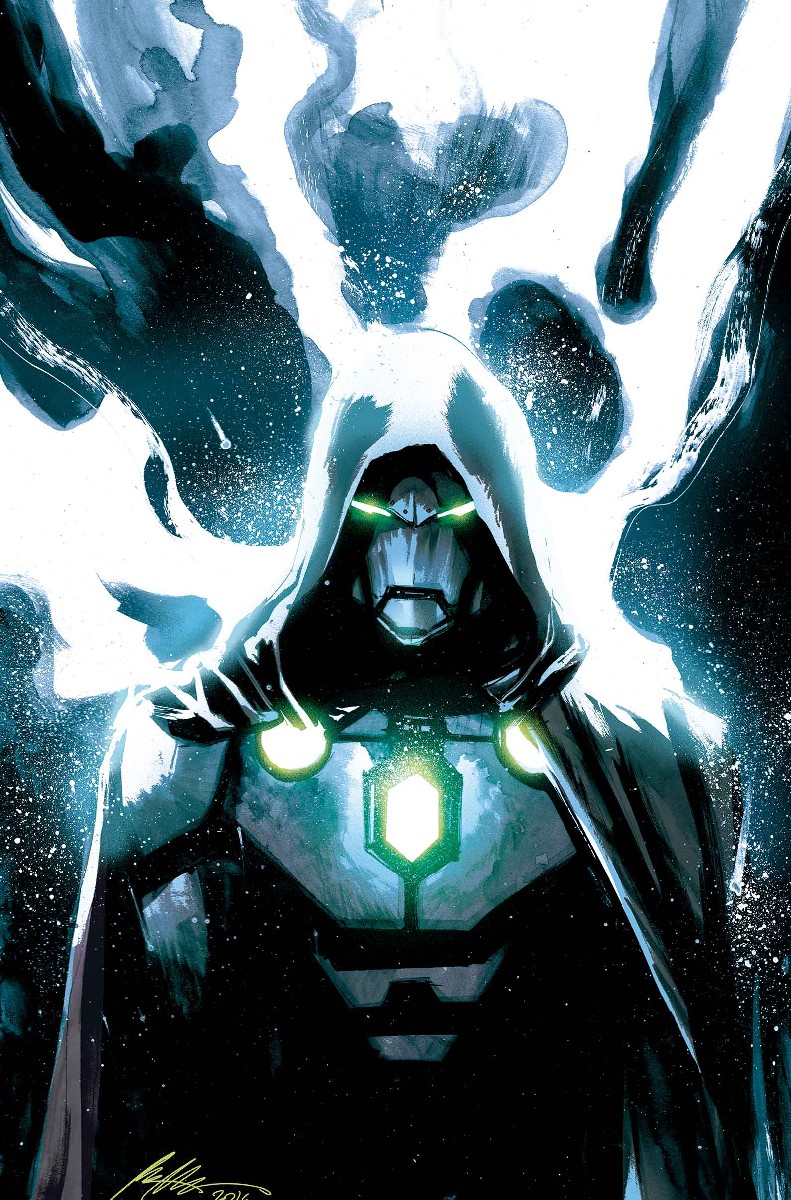 Most recently, Dr. Doom took on the person of Iron Man in Bendis’ Infamous Iron Man series. He sets out to do good in the world all the while still being hunted by S.H.I.E.L.D,  despite rescuing S.H.I.E.L.D. Director Maria Hill from Diablo.  S.H.I.E.L.D. sent the Thing after Dr. Doom. Doom eventually turns himself in, but an unlikely visit from Dr. Strange sees him teaming up  with Dr. Strange.  Strange needs Doom’s help to defeat Mephisto, who was disguised as Reed Richards, Mr. Fantastic. After defeating Mephisto, Dr. Doom invades a secret Hydra Base and teleports the Thing to a hotel in Amsterdam to keep him off his trail.

Thanks to the hit Netflix adaptations of Jessica Jones. The Purple Man has risen in popularity as a villain. His ability to to control the actions of those around him makes him extremely menacing. His bone-chilling actions as a villain in the Netflix series inspired Bendis to bring those attributes to the comics. 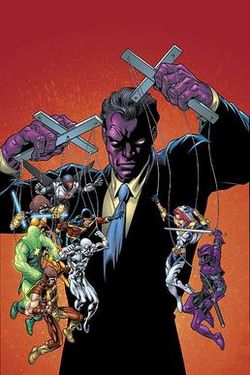 The use of children as a weapon against your enemies will put anyone on the top of evil lists. His actions with child mind control have put the Purple Man on Captain Marvel’s Most Wanted list. And with good cause because the Purple Man has proven to be one of the most despicable and horrifying villains in the Marvel universe. His use of psychological terror makes him a true horror to encounter.

And in case you doubted the authenticity here’s Captain Marvel describing the Most Wanted terrorists! 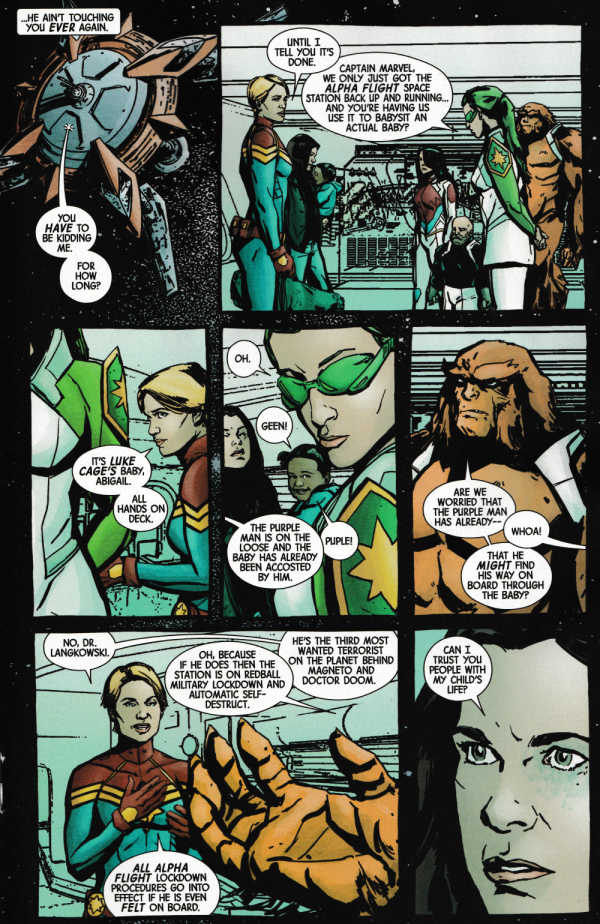 So what do you think of this list? Do you agree with what Marvel has said? Maybe there should be others, or the order should be different. Let us disscuss in the comments below!