Ready for some more anti-Trump rhetoric in your comics? Well, Marvel sure thinks that we do, even though it hasn’t been the most successful business decision they’ve made. In fact, Marvel Legacy was supposed to be toning down the overt political bias that crested with Nick Spencer’s Secret Empire. But that looks like it was all rhetoric and no action. In the upcoming Marvel Legacy title Marvel Two-In-One #1 by Chip Zdarsky and Jim Cheung we’re getting a bit more Donald Trump with our order of superhero. 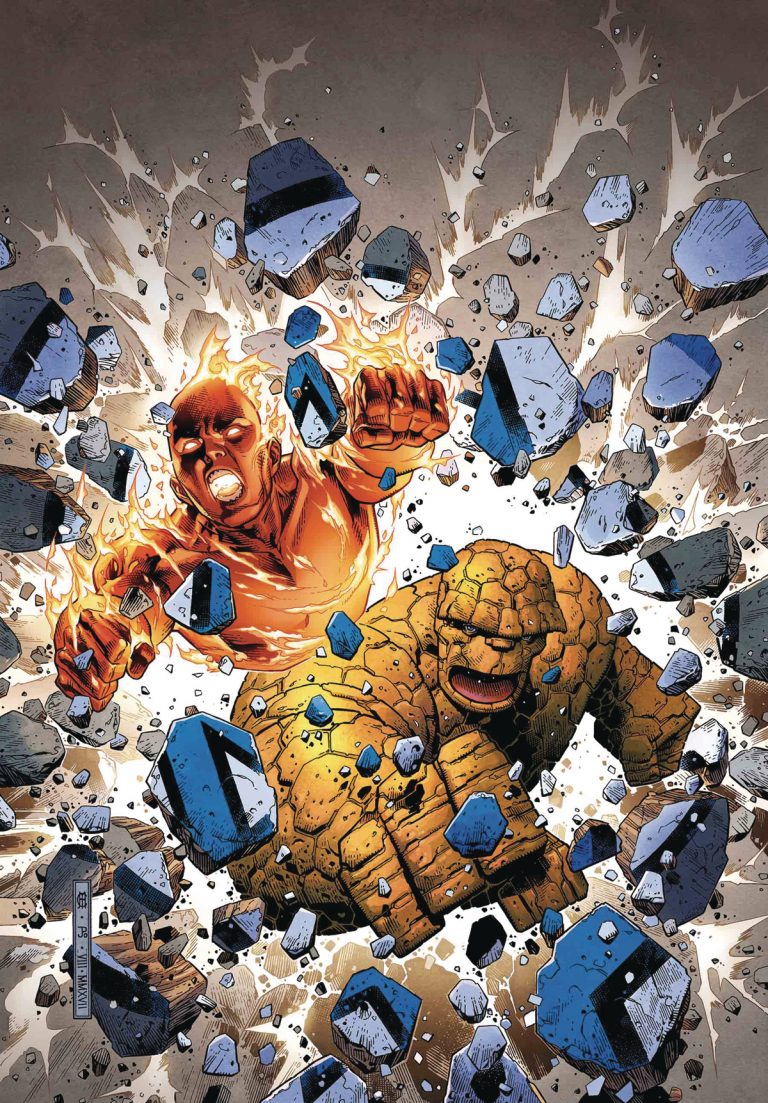 THE FOUR ARE NO MORE, SO TWO MUST DO! Something is very wrong with THE HUMAN TORCH and only THE THING can help him! It’s the Marvel Universe reunion you’ve all been waiting for (well, HALF of it, at least!).  Plus: What monumental secret has DOOM been hiding since the end of SECRET WARS, and how will it completely change the lives of Johnny Storm and Ben Grimm? PLUS: Includes 3 bonus MARVEL PRIMER PAGES!

As the comic progresses Spider-Man swings by to pay The Thing a visit. As he chats up The Thing, Writer Chip Zdasrky goes out of his way to have Spider-Man reference President Donald Trump as an “orange monster.”

You can check out the panel for yourself below.

I get it, it’s fun to poke fun at political figures. Though if you’re going to do so, at least bring in a minimal amount of creativity. Unlike this current administration, the Obama and Bush administrations committed plenty of war crimes throughout the Middle East and North Africa. It’s sickening to see the vitriol coming from Marvel writer’s in regards to President Trump when they swooned over President Obama.

Maybe next time a Marvel writer/artist decides to write or draw something about Trump, why not in the next panel have a nice mock-up of the Doctors Without Borders clinic being droned. Or maybe a nice drawing of refugees drowning in the Mediterranean as they try to make their way to Europe because of NATO’s decision to destabilize an entire region.

If there is one thing positive about this new attack is that it’s not as in your face as previous attacks have been. 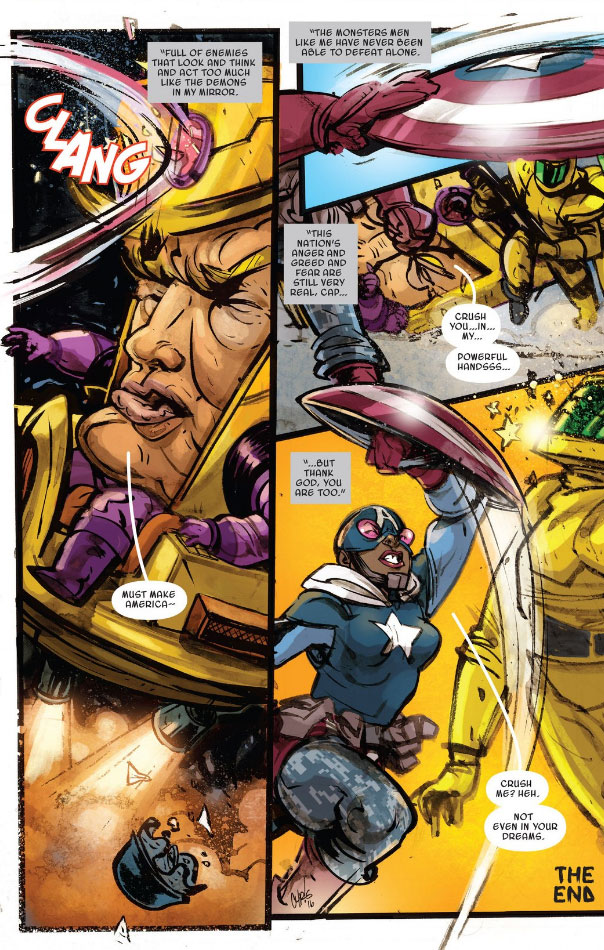 I myself am not a supporter of President Trump. I didn’t vote for him, nor will I likely vote for him in 2020. But what I cannot stand to see is this level of pure hypocrisy coming out of writers and artists today. I especially can’t stand it when it’s forced into a comic by people who only care about cheap shots.

These jabs only make my respect for Marvel Chairman Ike Perlmutter grow because while being a a major supporter of President Donald Trump, he still allows Marvel Comics creators to attack the President. It’s a great example of the principle of Free Speech.  In fact, Perlmutter serves in the administration on behalf of Veteran Affairs. It’s a good fit because as an Israeli soldier he fought in Six Day War before immigrating to the United States.

I hope that Marvel Comics can learn from their mistakes. But it seems that they have no current plans to do so.