Marvel begins to ramp up their Avengers: Infinity War movie promotion with four brand new Vanity Fair covers showing a number of the heroes. There are 17 total and we get our first confirmed looks at new haircuts and outfits. 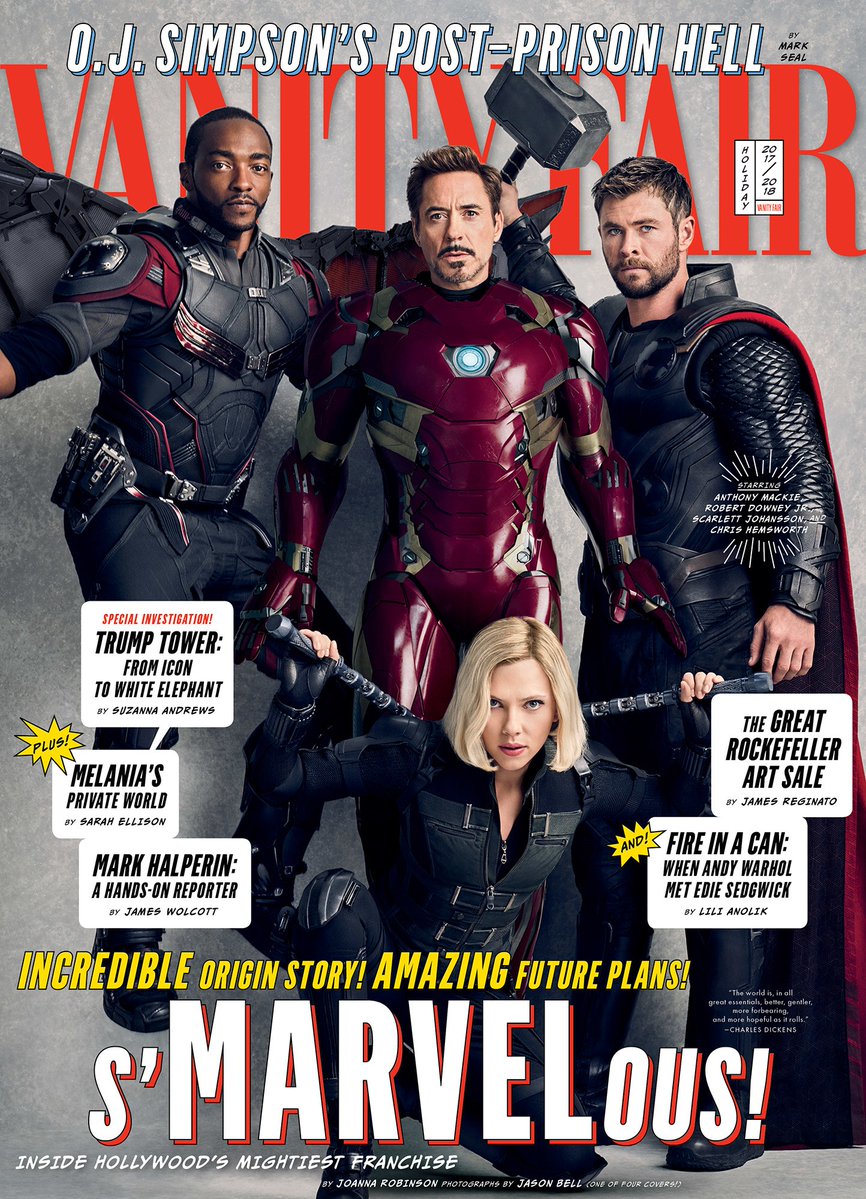 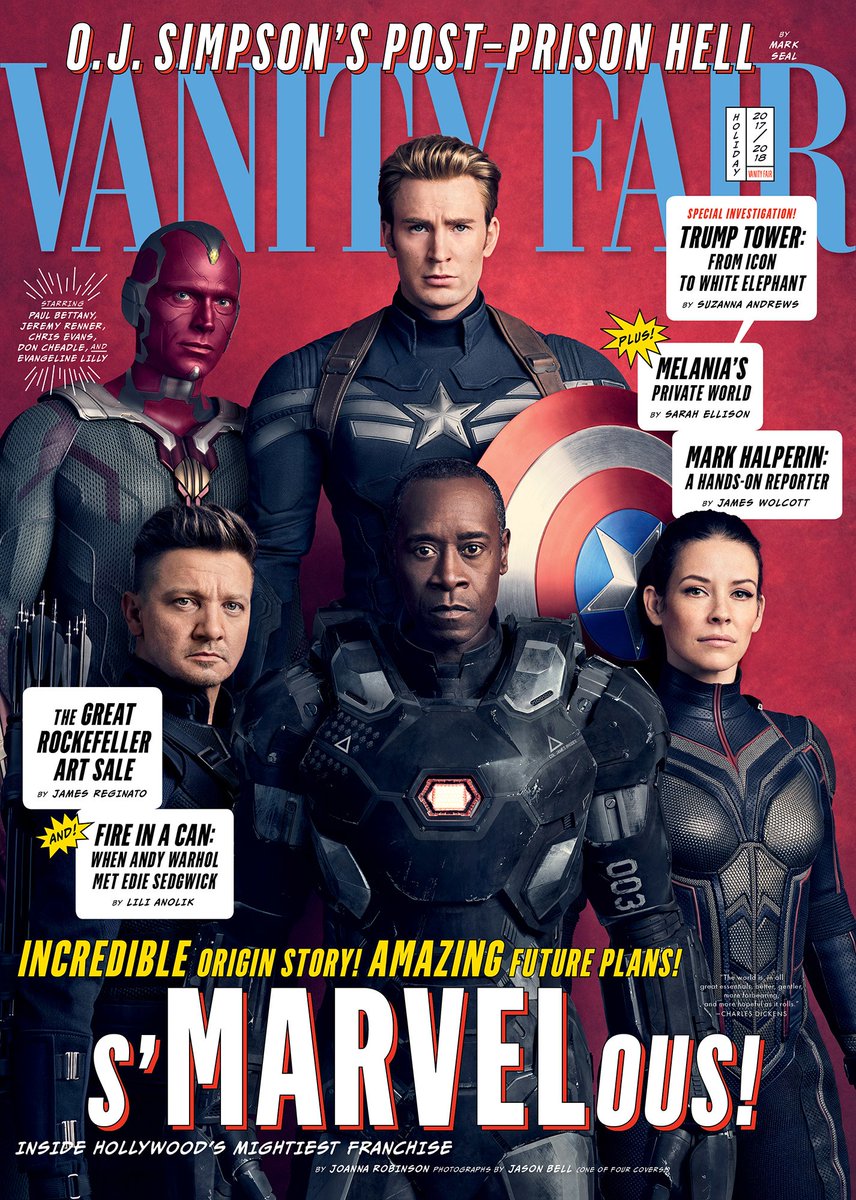 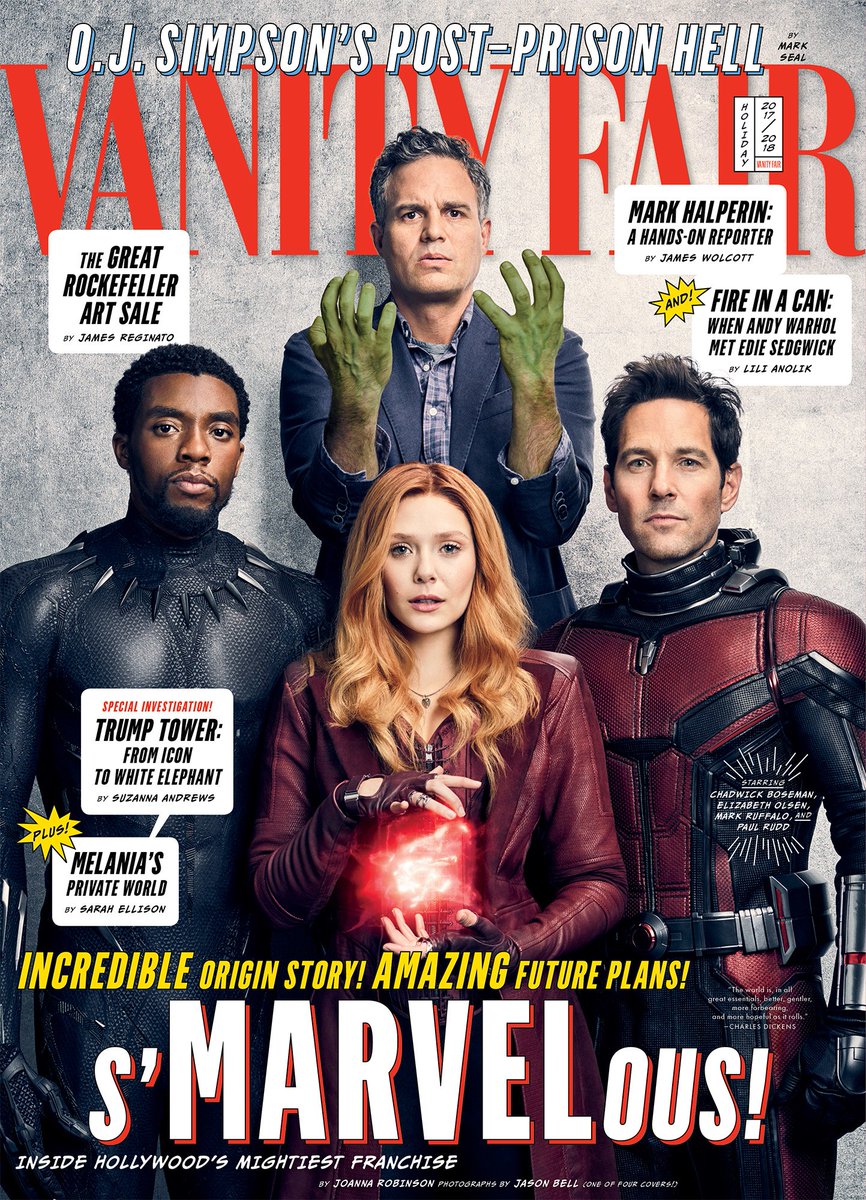 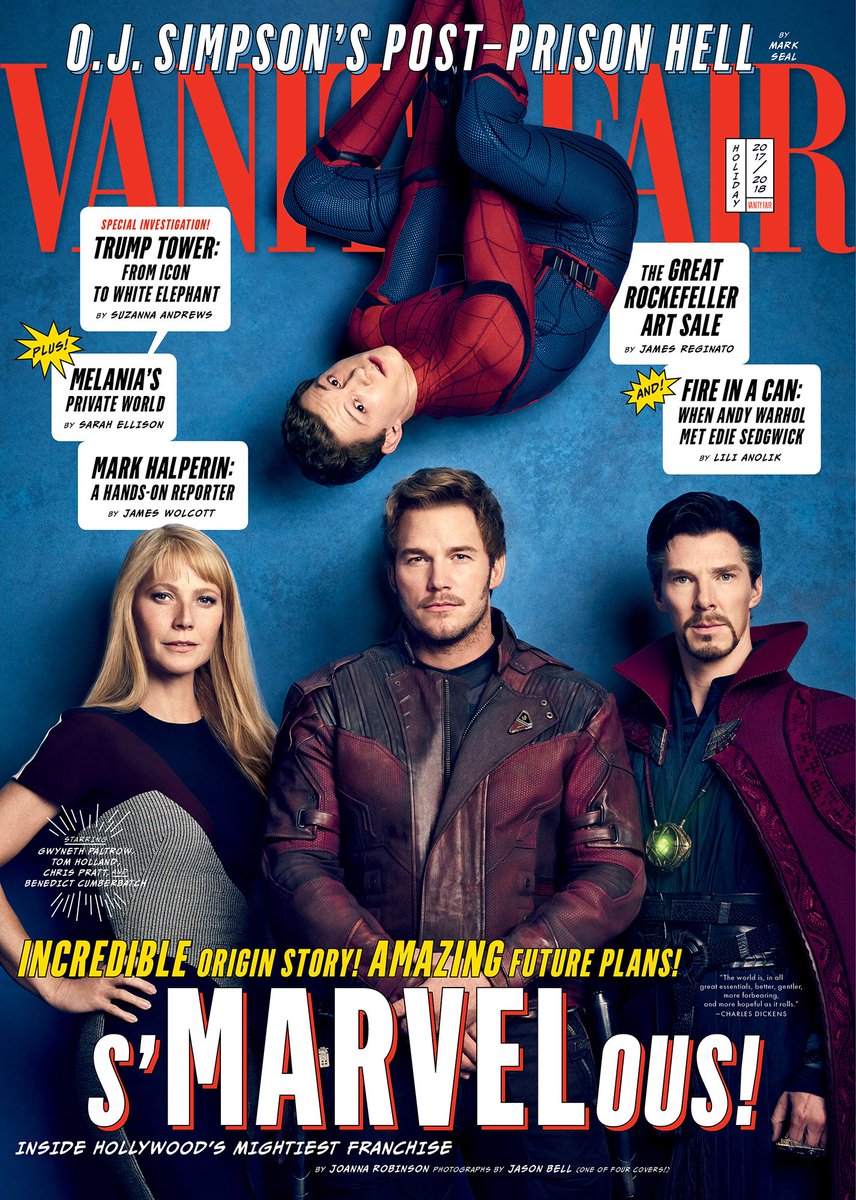 What’s really interesting is that Thor does not have an eye-patch. We know from Thor: Ragnarok that Hela takes his eye and he dons one of Odin’s eye-patches at the end of the film. He also has Mjölnir in his hand and we know Hela destroyed the hammer. It’ll be really interesting to see how Marvel gives Thor his eye and hammer back. Maybe Thanos wants to truly test his mettle and wants to fight a fully-powered Thor instead of one that has been weakened.

The two characters with the most radical changes are Hawkeye and Black Widow. Hawkeye is rocking a drastically different haircut from the last time we saw him Captain America: Civil War. This could further lend to the theory he will become Ronin in Avengers 4. While Hawkeye has a new haircut, Black Widow has a completely different hair color. She has ditched her trademark red hair and gone blonde! While Black Widow might have gone blonde, Scarlet Witch is bringing the fire with a new orange/red color.

What might be the most intriguing aspect of the covers is how the heroes are separated. Ant-Man and The Wasp are separated. We also have members of Cap’s team sharing covers with Tony’s team and vice versa. It appears the Avengers will set aside their differences to confront the mighty Thanos. But could we also see separate teams attempting to thwart Thanos’ minions? Will the Avengers split up in order to combat attacks on multiple fronts?

What caught your eye in these Vanity Fair covers?