Last weekend Justice League made its way into theaters. The film was considered a mixed bag, and audiences noticed. The Box Office for the film’s opening weekend was less than $100 million domestically. An embarrassingly low number.

In its 2nd weekend Justice League took a substantial drop, losing the weekend to Pixar’s Coco. This will cause quite the shake-up over at Warner Bros., and may alter how the DCEU proceeds going forward. At the beginning of the Summer Wonder Woman represented an incredible high for this Universe. In North America alone, it opened in 1st place at the box office with $104 million dollars and finished with an unprecedented $412 million.

Now the world has been introduced to DC Film’s biggest film yet and audiences aren’t being kind. There are a number of reasons why DC Films’ latest isn’t treading water. Justice League‘s results could ripple throughout the industry and affect more than just DC. Or is this a low that DC had been preparing for? One they will, and have already, learned from.

The first trailer for Justice League came in the form of a “sizzle-reel” trailer at San Diego Comic Con 2016. A sizzle-reel was originally intended to be an exciting glimpse of a film for investors, but has since become a staple for Hollywood blockbusters. It was a great and brief look at the film, establishing a more comedic touch to the Universe. A characteristic the DCEU needed badly after the damage Batman v Superman: Dawn of Justice had done to the brand.

It’s exciting. Still dark and brooding, but with enough comedy to ensure this isn’t its predecessor. While Justice League still worried a few fans because of its director, Zack Snyder, things were starting to look up.

Principal photography took place from April to October of 2016. Then things start to become unclear. Rumors state that sometime in the beginning of 2017 Zack Snyder delivered a rough cut to Warner Bros. Now, re-shoots are almost always a part of a major studio film. It’s a chance for a filmmaker to cover any mistakes or small mishaps during a production or to alter an entire part of the film.

So regardless of anything, re-shoots were going to happen. What isn’t always the case is a new screenwriter being brought on for those re-shoots. There’s also the announcement that Joss Whedon would be writing and directing a Batgirl film for DC that came in March. The story goes that Whedon was first brought in for Batgirl, a film that DC had never mentioned being interested in making, before the rewrites for Justice League. Or a possible piece of misdirection to keep readers from realizing that a Batgirl film may have been Joss Whedon’s price for working on Justice League. But that’s another story entirely.

Re-shoots and a Tragic Turn of Events

On May 22nd of this year, Zack Snyder left the director’s chair of Justice League because of the tragic passing of his daughter. The director’s controversial standing in the fan community is well known, but the entire film community stood by and supported the filmmaker and his wife Deborah, in their time of need. They devoted years to Warner Bros. and DC Films and deserve nothing but the industry’s utmost respect for trying something different. Joss Whedon, who’d recently been linked to DC by way of Batgirl, was announced as the new director.

It was then that the studio made public that Whedon had already been involved in rewrites, and thus was the perfect person to come and finish what Snyder had started. But these are two filmmakers with two very different visions. This also begs the question, why wasn’t Chris Terrio involved in the film’s rewrites? Fans and creatives alike have great things to say about him and he was recently announced as the co-writer for Star Wars Episode IX. The studio thought Justice League needed to be more like The Avengers. Unfortunately, that alienated a lot of fans who enjoyed the darker, brooding nature of the DCEU. Leading to a surprising issue for Justice League…

Justice League was not a sequel to Batman v Superman

Despite the polarizing reviews for the film, Batman v Superman: Dawn of Justice was a financial success. At first. Many expected the film to gross over a billion dollars. Unfortunately, as audiences began to experience the film they realized it had great moments and performances, but wrapped them in a mediocre film. Sound familiar? Justice League continues the mission Batman puts forth at the end of the film. But this is not a sequel to Batman v Superman: Dawn of Justice. A sequel features the same leads interacting in a similar fashion and continuing the nature or tone of the previous film. 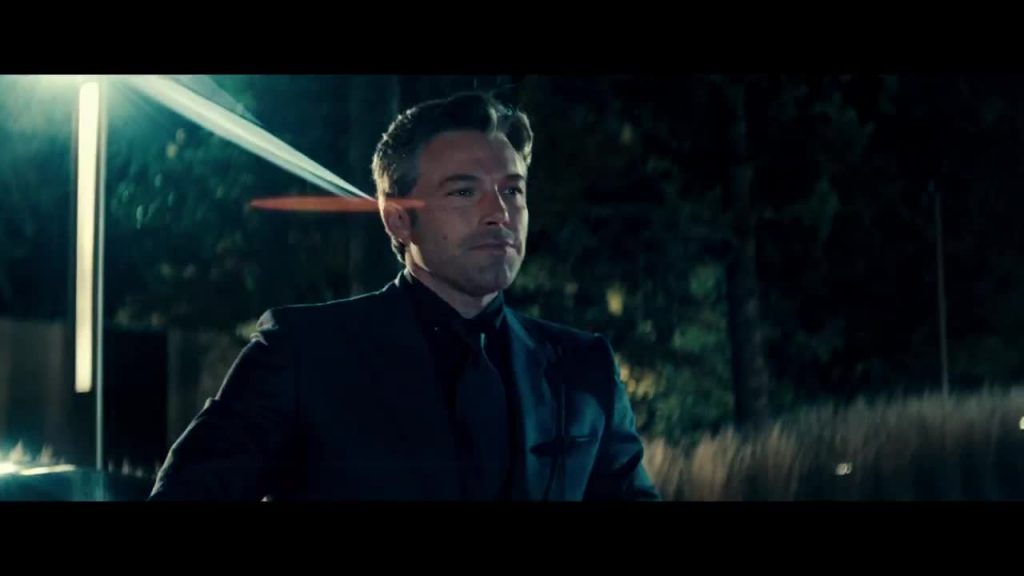 Batman v Superman was also not a sequel to Man of Steel. It was not about Superman coming into his own as a hero, or tackling some major issue or villain. Instead, the film made him the protagonist and the antagonist and did the same with Batman. It was an interesting gimmick. One that helped the film debut to 170.1 million dollars in its opening weekend. A number that Justice League just crossed in its 2nd weekend.

Larry Fong is the cinematographer responsible for Zack Snyder’s biggest films, as well as BvS. But he didn’t return for Justice League. Considering their relationship it was a major surprise and blow to the film. While Justice League has beautiful moments it doesn’t have the crisp, detailed visual prowess of Snyder’s usual fare. 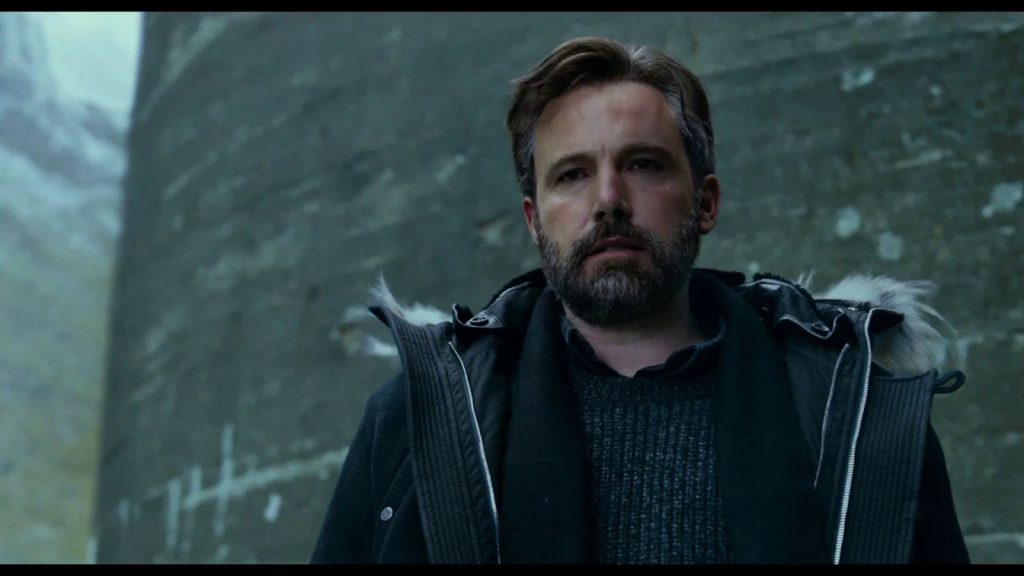 It Boils Down to this…

Justice League didn’t look like Batman v Superman: Dawn of Justice, one of that film’s biggest assets. While the dark tone of the film is mocked that’s not why the film failed critically. That was do to a cast of miserable characters with no true evil to fight against. Just a CGI monstrosity to band them all together. Justice League looked to lighten the tone, quite a bit. In fact, after seeing the first cut the studio likely decided to up the funny factor. Whether or not that was the entire reason for Whedon’s inclusion is unclear. But Terrio’s original script may have been much darker than the film shown in theaters.

Justice League didn’t feel as serious as its predecessor. Not BvS, but Wonder Woman.

Despite being an enthusiastic and hopeful superhero film, Wonder Woman wasn’t a comedy. It actually tackled some substantial social issues. Justice League was filled to the brim with jokes, and lacked any of the gravitas that should come with a world-threat. In fact, the final battle in the film is almost a joke. One of the characters is so overpowered that their presence acts as the “deus ex machina” for the film. As soon as that hero arrives, the problem is essentially solved. Where is the need for the team to band together? If anything, this proves that the team itself was inadequate and incapable. The Avengers had several moments where the entire team was utilized to their utmost. Each and every member is significant. No such connective tissue exists in Justice League. This was a studio running face-first into an event film instead of building to it.

Where to go from Here?

The fallout from Justice League’s “failure” has yet to be seen. Or has it? Aquaman is the only DC Films production to come out in 2018. Shazam and Wonder Woman 2 are set to begin filming next year. Aimed for releases in 2019. This isn’t the “2-3 films a year” audiences were promised. But that’s a good thing. Warner Bros. saw Justice League before anyone else. They knew that the film wouldn’t live up to expectations, perhaps leading to a re-focusing on character franchises rather than the team-up aspect.

Warner Bros. biggest problem from the get-go is their desire to compete with Marvel Studios. Without taking the care to slowly establish their characters their big event film felt insignificant and unearned. Fans have been clamoring for The Flash film to get underway or for Matt Reeves to give any indication that The Batman is getting closer to theaters. What Justice League did succeed at was the characters. The glimpse of the capes fans have been waiting to see. DC Films and Warner Bros. need to learn from their mistakes.

Fans want these characters. They want these superheroes. Not this Universe.