Blades and batarangs ring true against the armor and skin of a pair of furious opponents. As their souls and organs are laid bare at the bottom of the world, two men try to cling to life. Batman and the Joker are dying together at the foot of a Lazarus Pit, that was how Scott Snyder first killed his Batman. At the end of the “Endgame” story arc the two opposites effectively killed each other in a visceral hand-to-hand beat-down. The next arc, “Superheavy,” saw Jim Gordon taking up the government-funded mantle of Batman before Bruce found his way home.

It was an interesting turn to say the least. Fans found Gordon’s Batman an entertaining yet unlikely addition to Gotham’s history. But Snyder was taking a chance. Considering how successful his Batman run was DC would likely let him do whatever he liked.

Snyder thanks the fans by being one of the most approachable creatives in the business. He’s very vocal on Twitter, and often holds AMA’s(ask me anything’s) when he has free time.

Recently, he answered a few fan questions. The Batman writer was asked by a fan about the details of his next project with Sean Gordon Murphy. Here’s his response.

It shows the end of our version of Batman. Grant told me you need a birth and death for your Batman and this is the crazy, future end of the line https://t.co/Eoffajj4oB

The “Grant” he’s referring to is none other than Grant Morrison, comic book mastermind. Morrison is hailed as one of, if not the, greatest living Batman writers alive. It’s obvious why Snyder is taking his advice.

And it is good advice. Batman is an old, old character. Unsurprisingly, he’s seen plenty of action and plenty of interesting story angles. What Morrison suggests is a way to leave your stamp on the character by giving him a definitive change. Morrison is a creator through and through, but he re-purposes aged parts of the Batman mythos for his own story. Hence the famous Batman Zur-En-Arrh. But something seems amiss…Didn’t Snyder already give his character a death and a “rebirth”? 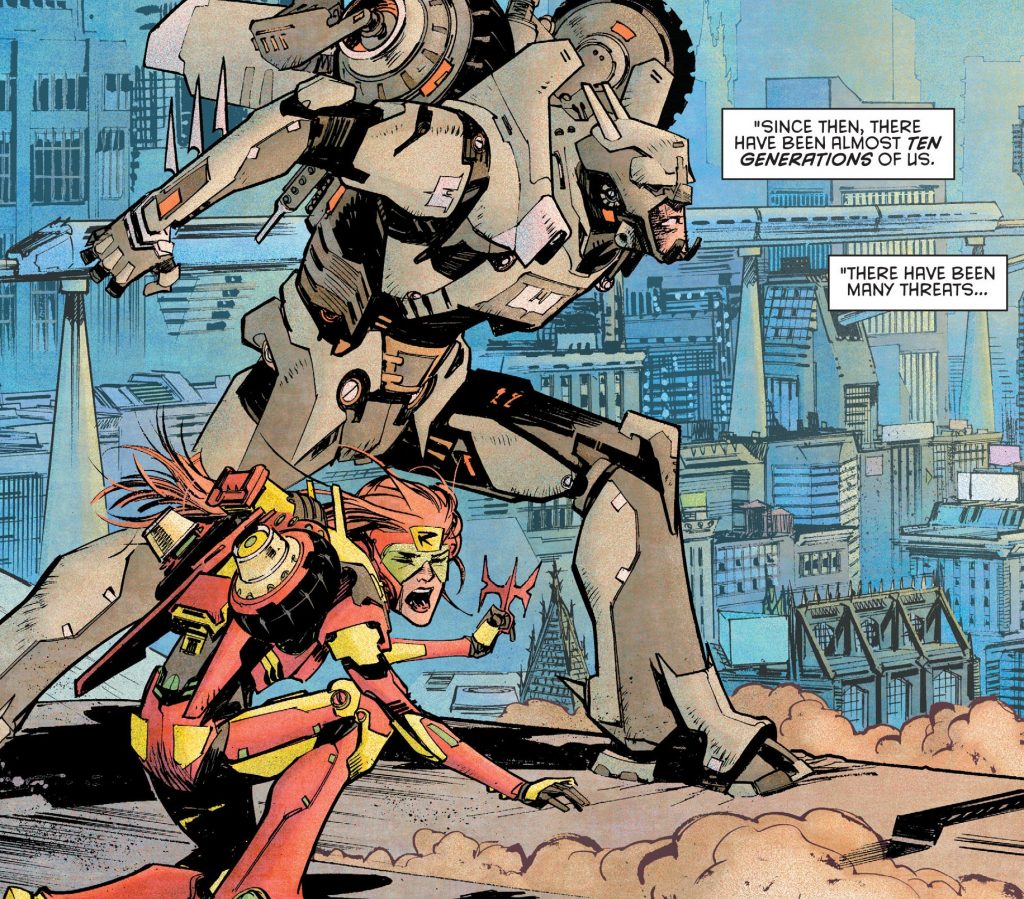 Well, apparently not. Snyder and Murphy’s next project seems to close the book on that version of Batman. A continuation of their Detective Comics #27 story about how Bruce Wayne enters the future. It was an interesting addition to that one-shot, and should be a more than interesting angle with which Snyder and Murphy can explore the end of Batman.

But, it will be a while yet before readers get to see this Bruce Wayne’s conclusion. Scott Snyder is currently busy rocking the DC Universe in Dark Nights: Metal and Sean Gordon Murphy is delighting readers with Batman: White Knight.

Leaving you w/a tease from #dcmetal 4 – the conversation in this panel is between Arthur and the fish pic.twitter.com/8uZivM3bA2