Two photos of Justice League star Henry Cavill in an unused Superman suit from Man of Steel have popped up online.

The new behind the scenes images show Cavill in a very similar yet significantly different test suit for the 2013 Man of Steel film. 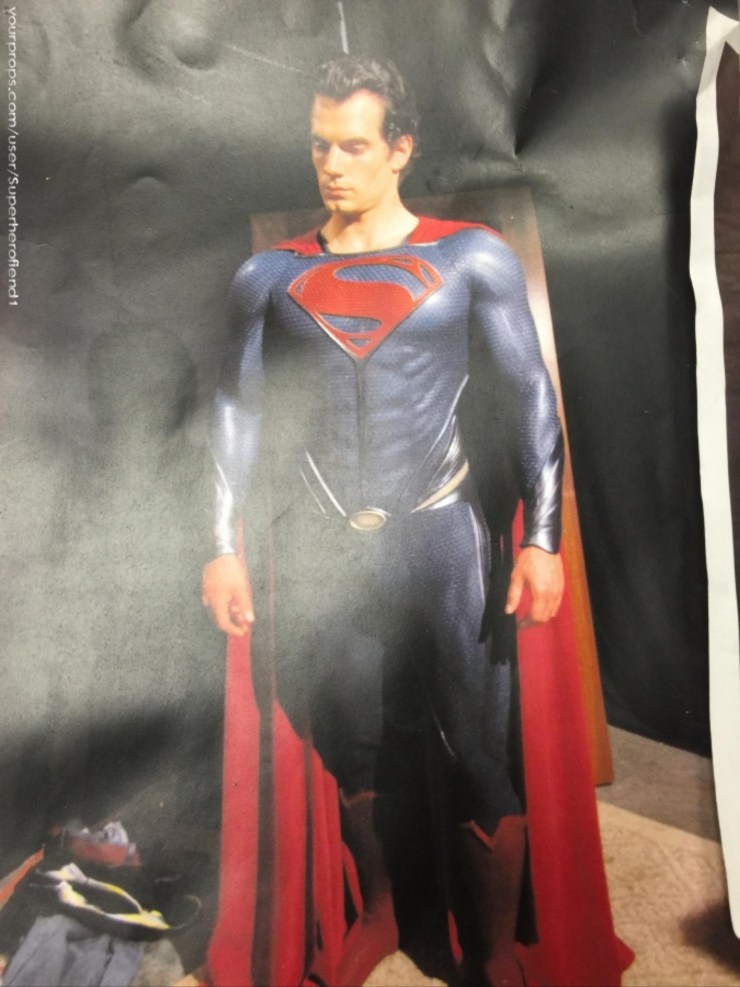 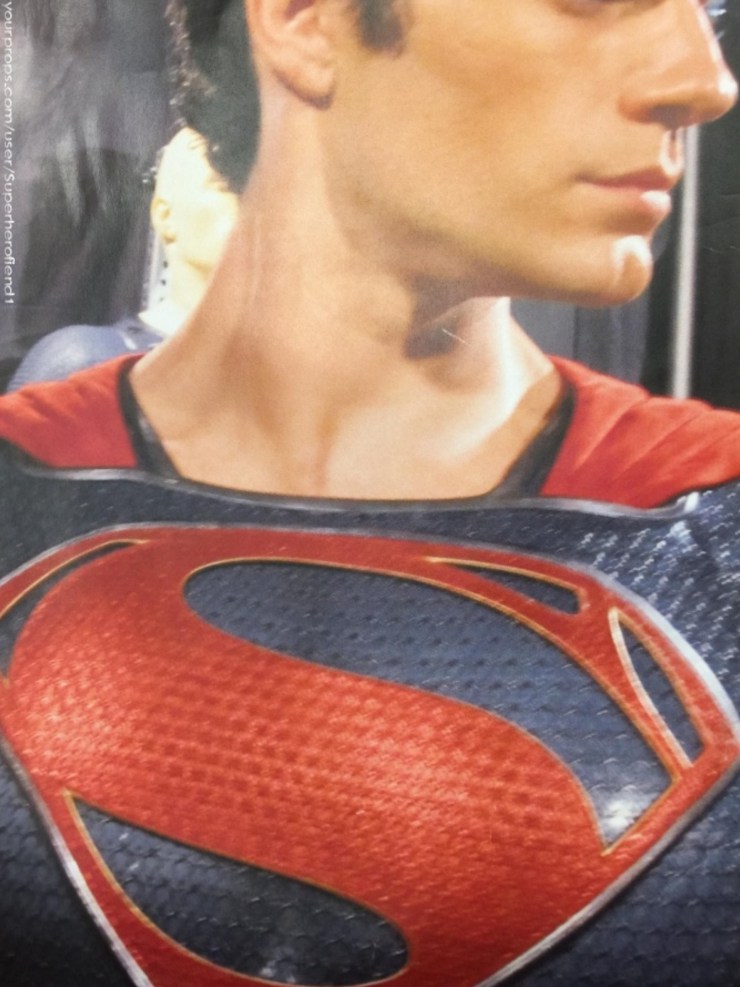 And here’s a look at what they actually went with in the film: 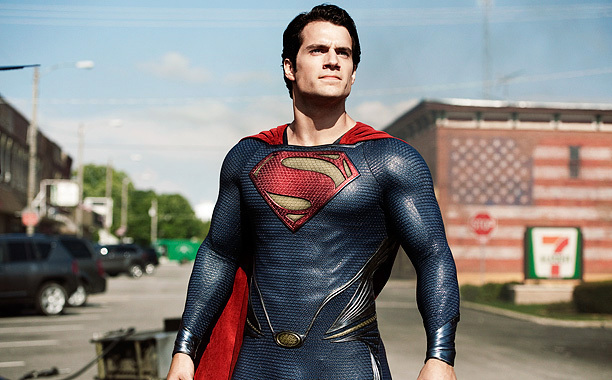 The unused suit also has larger cuffs around Superman’s hands. They are also distinctively silver and run almost to his elbow. In the suit used in the movie, the cuffs only go up to his forearm and are just a different shade of blue.

Maybe the most distinctive part of this unused suit with the exception of the yellow behind the “S,” is the black line connecting Superman’s House of El crest with his belt buckle. The way the red transitions into the black makes it look like the House of El Crest is bleeding or crying. It gives the suit a much darker vibe compared to the one Zack Snyder and company actually chose to go with.

Which suit do you prefer? The unused test version or the cinematic version?

You can catch Henry Cavill’s Superman on the big screen in Justice League as he teams up with Jason Momoa’s Aquaman, Ezra Miller’s Flash, Gal Gadot’s Wonder Woman, Ray Fisher’s Cyborg and Ben Affleck’s Batman as they take on the villainous New God Steppenwolf.