Beware of spoilers to Justice League, ye who enter here

Despite the fact that Justice League is underperforming in theaters, DC is still making plans. Though it has plenty of problems it did show a lot of promise for the future. The most promising aspect is the teaser at the very end of the film’s credits. It’s a brief scene where Joe Manganiello’s Deathstroke meets with Jesse Eisenberg’s Lex Luthor. The two villains briefly discuss the events of the film before Luthor declares that they need to begin a “league of their own.” A not-so-subtle hint that the Injustice League, or more famously the Legion of Doom, is making their way into the DC Universe.

Now, in a new report from El Fanboy, DC will slowly introduce the Legion of Doom throughout the next few DC Films, beginning with Aquaman. One of Arthur Curry’s greatest villains, the Black Manta, is one of his adversaries in the film. It’s assumed that Manta will be made an offer to join the team in the film.

Legion of Doom is happening. Not an LOD movie, but building towards the team. Watch Manganiello. He has pretty much been blatant.

They’re working on something cool for SDCC [San Diego Comic Con] 18, related to LOD. They want to continue planting seeds and building momentum for the team. Things will be generally quiet on the DC front until Aquaman hype begins, but I can tell you that there will be another LOD tag at end of that.

Presumably as more heroes are introduced through DC’s heroes films like Aquaman and Shazam!, the legion will gain more members. This is a drastic shift away from the Justice League build-up to Darkseid. El Fanboy believes, “A team of gritty, tangible villains (Lex Luthor, Deathstroke, The Joker, et al) combined with more super-powered- yet humanoid- baddies (Reverse-Flash, Black Adam, etc) could be the perfect foil for the Justice League in a future team-up.” 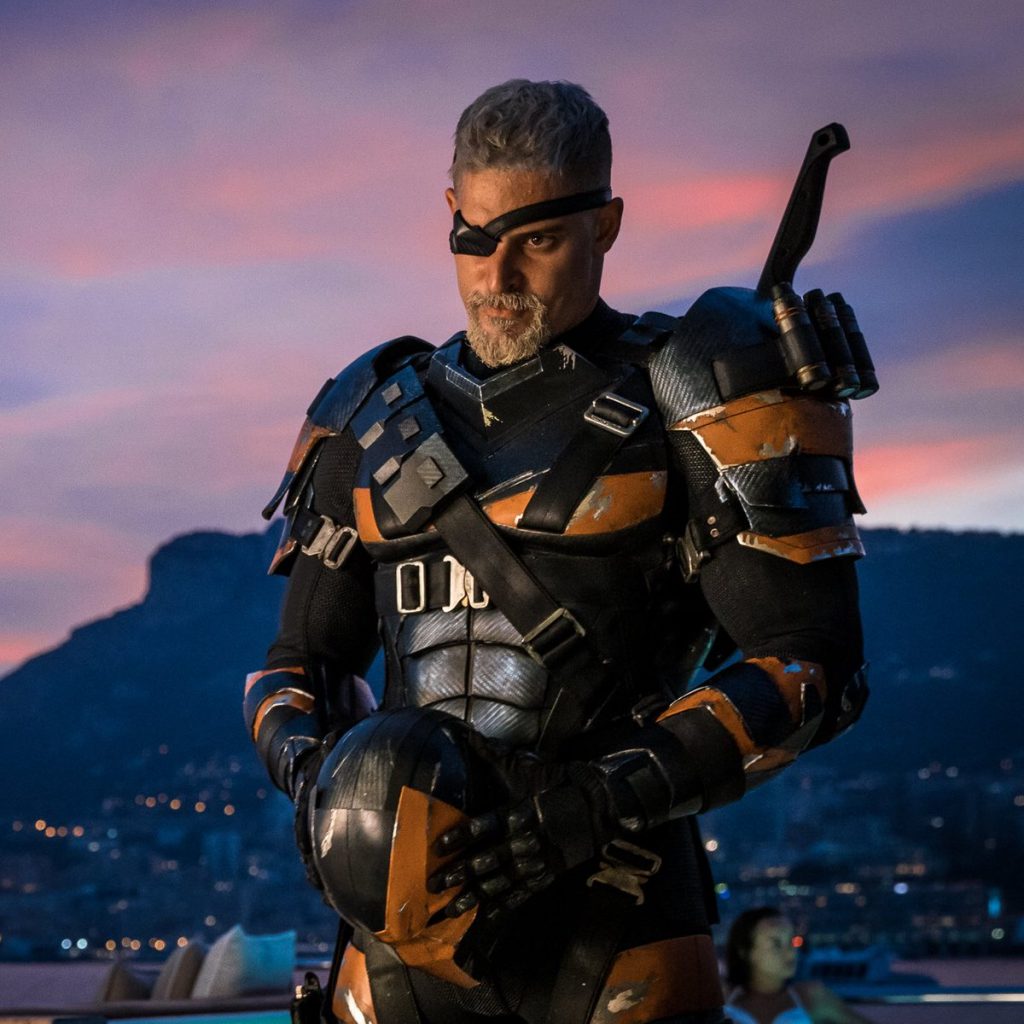 There are currently two founding members to this team of supervillains. Deathstroke was teased long before his arrival in Justice League; Luthor has been around since Batman v Superman: Dawn of Justice. It’s highly unlikely that any of the Suicide Squad will make their way into this team. That film wasn’t about much, but it did have a small backstory about why these particular villains would be interested in saving the world. Some future members of the team could be Black Adam, Joker, Doctor Sivana, Reverse Flash and the aforementioned Black Manta.

Now that we’re seeing more of Justice League’s inner-workings, expect Aquaman to start making its way into the limelight. DC has been clever to hide the film from falling under Justice League’s bad press. Instead, if the film is as good as fans hope it will usher in a new era for DC.

The James Wan-directed film is the only DC release coming out in 2018.