Marvel Comics artist Andy Park revealed a radically different look for Tessa Thompson’s Valkyrie than what we saw in theaters for Thor: Ragnarok.

Park tweeted, “Here’s another alternatce concept design version I did of #TheValkyrie for #ThorRagnarok. Early idea Taika had of her being hooded w/mask & w/mace gauntlets. & of course b4 perfect casting of Tessa Thompson.”

Here’s another alternate concept design version I did of #TheValkyrie for #ThorRagnarok Early idea Taika had of her being hooded w/mask & w/mace gauntlets. & of course b4 perfect casting of @TessaThompson_x pic.twitter.com/DfDmHH49GD

Here’s a better look at the two images: 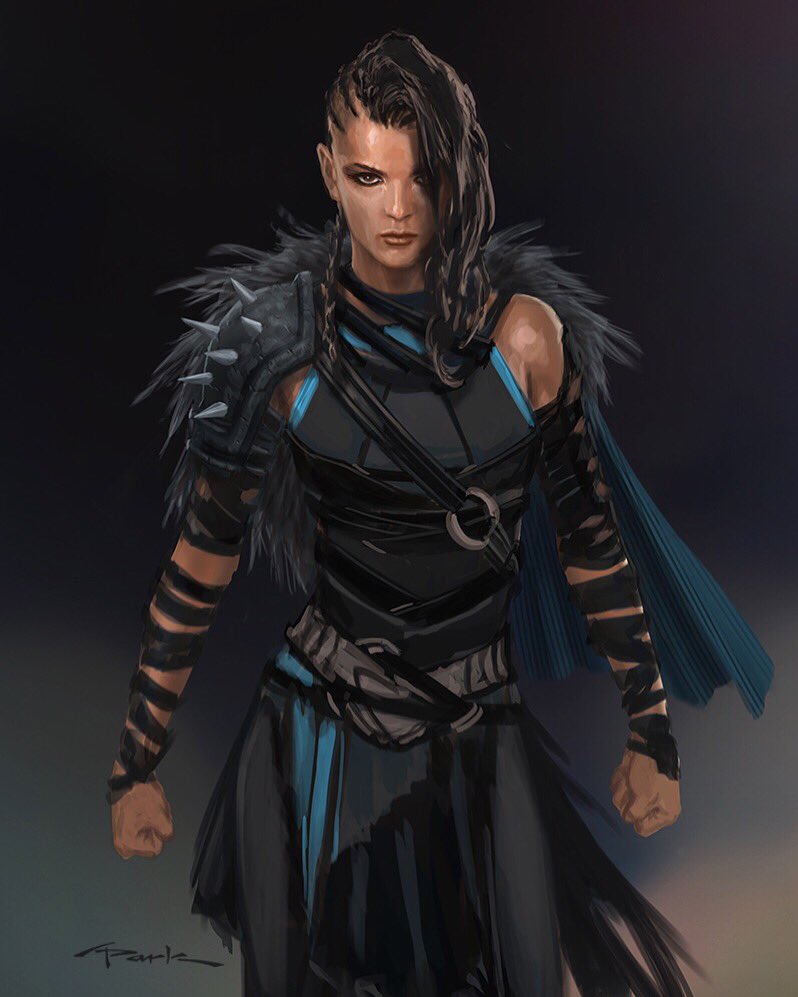 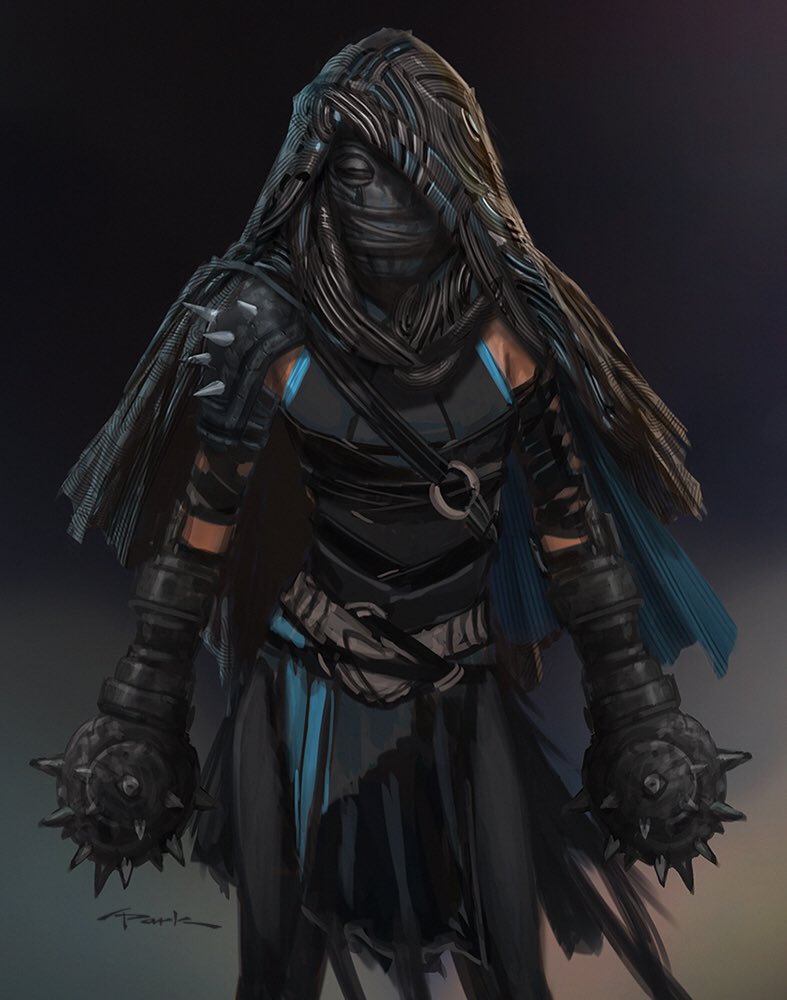 Park’s design shows Valkyrie almost completely clothed with a mask and hood. However, the most radical change in the costume is her weapons. She has two giant maces attached to the end of their hands. They are gauntlets, but with the head of a mace. It looks like Taika expanded on the idea of the mace gauntlets and added some high tech to them. That might have been one of my favorite scenes when she shows up wasted out of her mind, but is still able to beat down the hordes of scavengers who captured Thor. I loved how her gloves connected to the ship.

While we saw the gauntlets get an upgrade from this concept art, we didn’t really see the mask or hood at all. It makes sense they would ditch it. It looks too much like a Star Wars character in my opinion. In fact, it reminds me of Daisy Ridley’s first appearance as Rey in The Force Awakens. 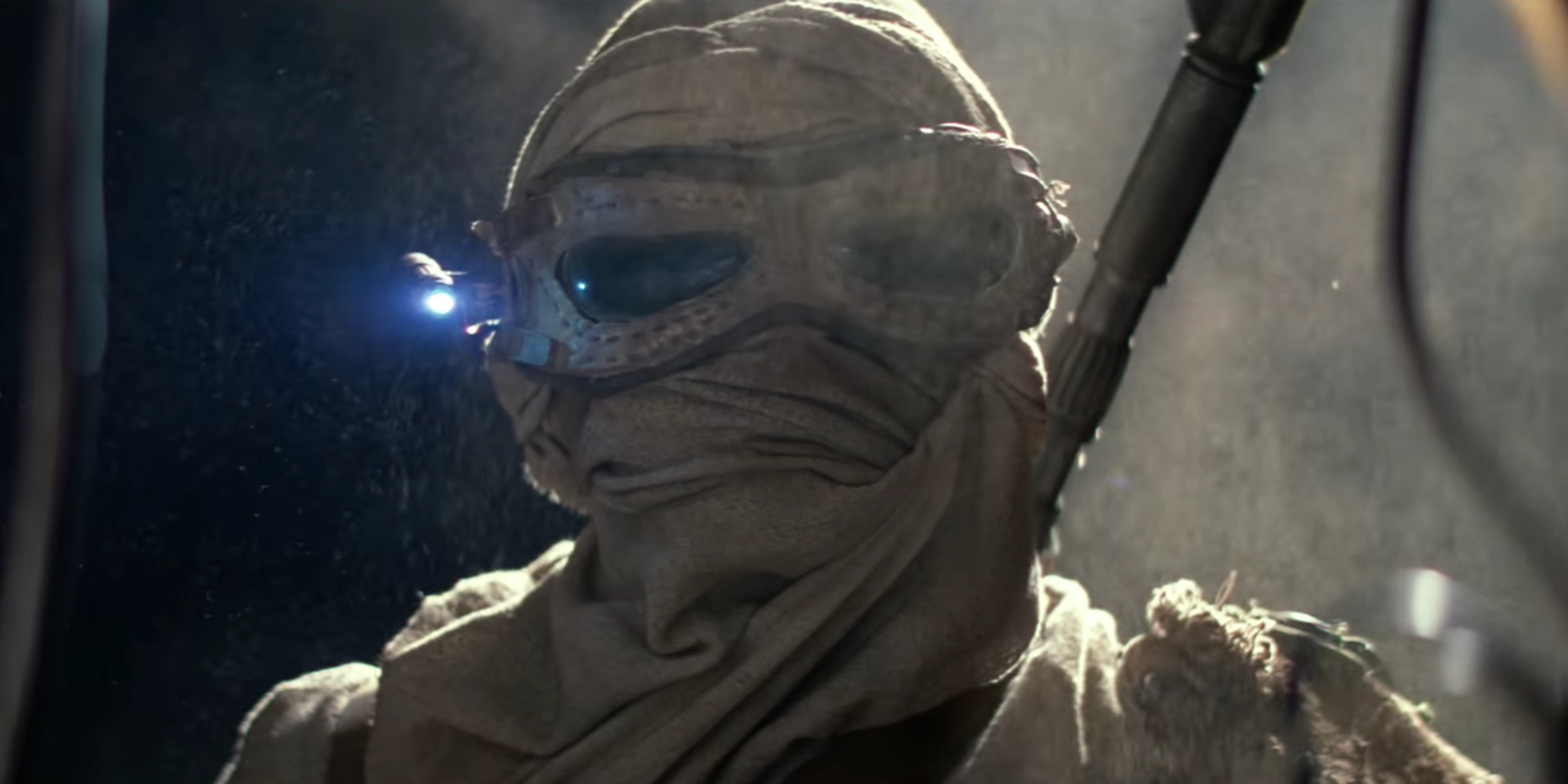 Add in an ominous hood and dye it black and you’ve got a character who could be a Dark Side user. Just imagine a twisted kyber crystal inside each of the gauntlets. When she activates them, they light up all red. It would be truly menacing. Maybe Park’s concept art didn’t make it into Thor: Ragnarok, but he should send it over to Lucasfilm. I’d definitely be interested to see this character come to life as a Dark Side user in the Star Wars universe.

What do you think? Do you like this concept art or are you happy they went with what they did for Tessa Thompson’s Valkyrie in Thor: Ragnarok.