The series is expected to take place in the United States of the near future, 2022 to be exact. It will feature two protagonists who went completely opposite ways. One embraced the arms of the police state while the other began a “guerilla war against the white supremacy.” In Days of Hate the two protagonists will meet again on opposing sides and all hell is expected to break loose.

Kot describes Days of Hate as “all about the characters.” He says, “It’s about them living in a country that is falling apart. It’s about love, hate, war, tragedy, and layers of intrigue and double-crossing.” He adds, “It’s about the things people do to survive and to live—and about killing Nazis.”

In the preview pages (seen below) Kot’s story focuses on an attack against “an underground party full of queer people.” While two individuals investigate the attack, they appear to be plotting a revenge attack of their own. 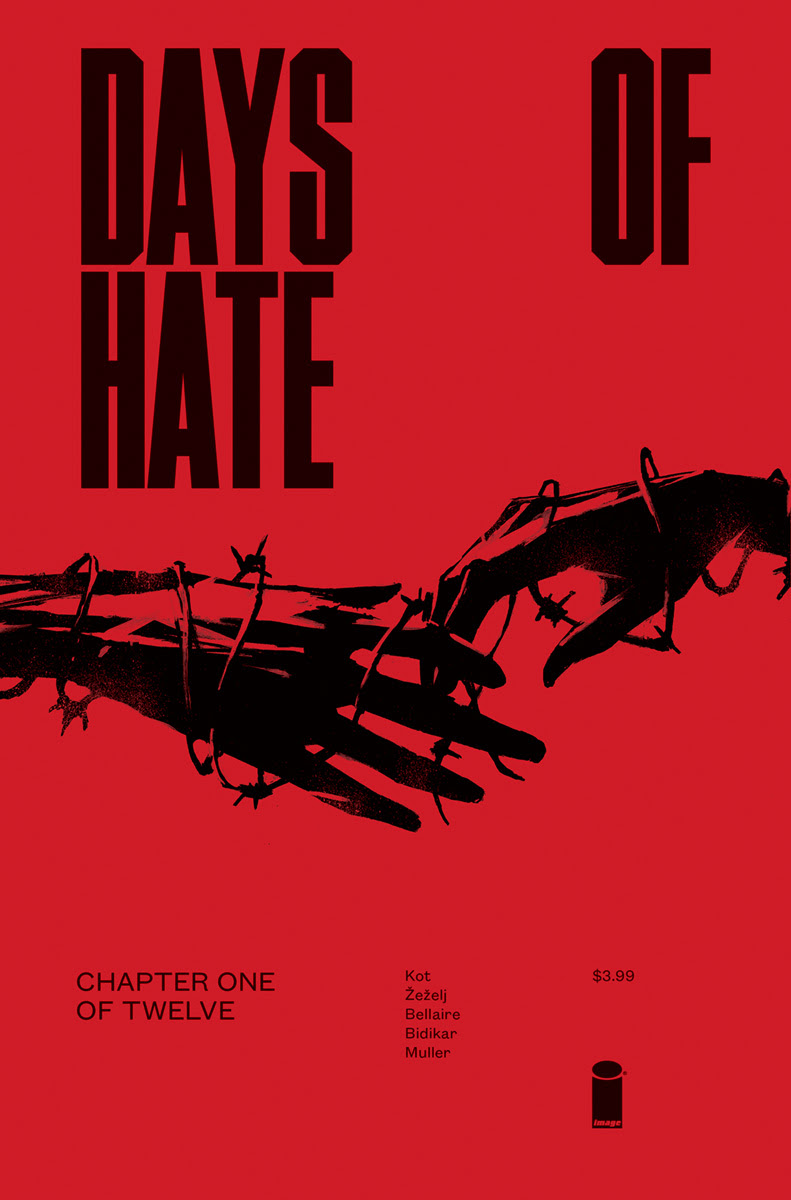 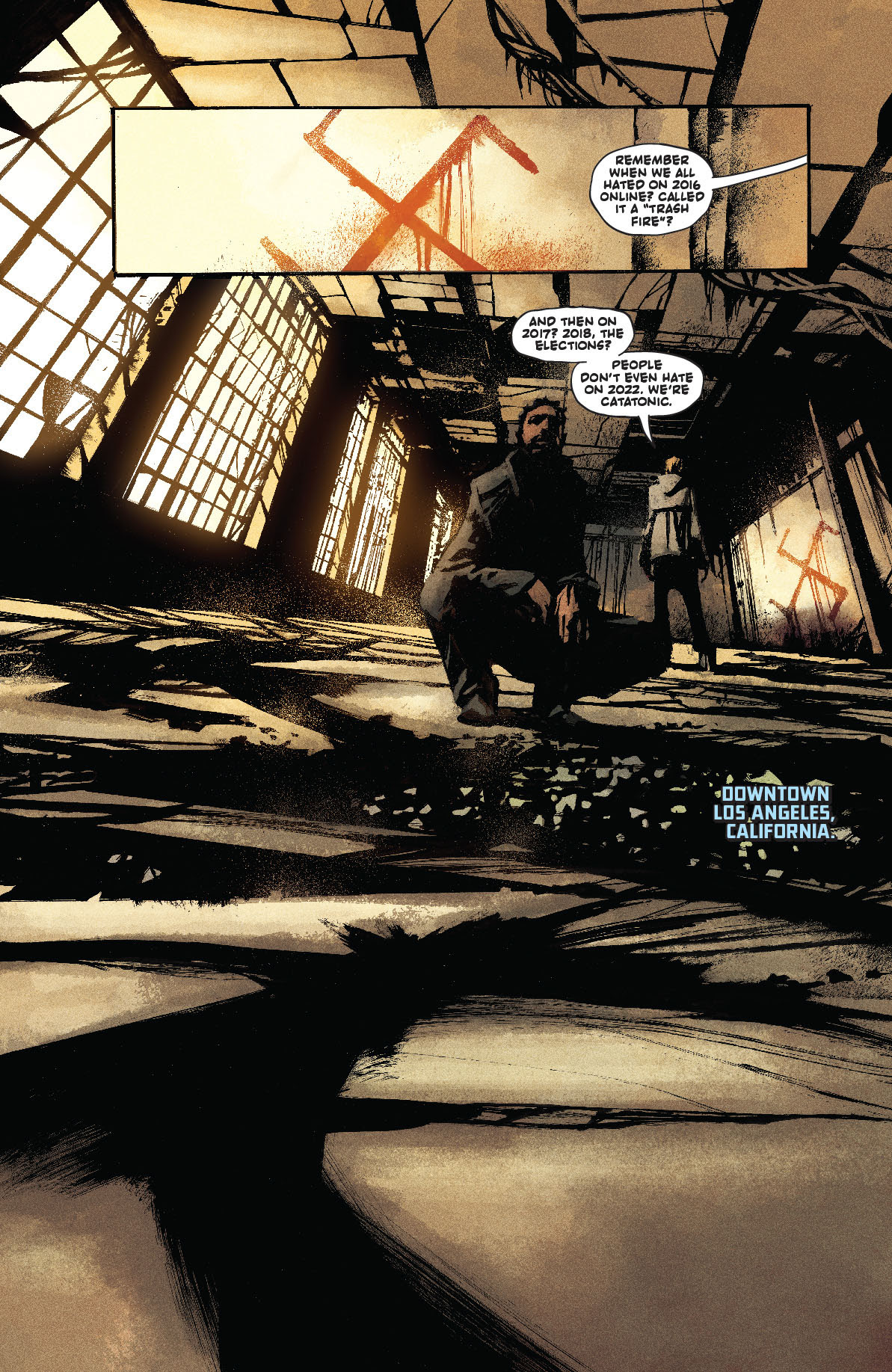 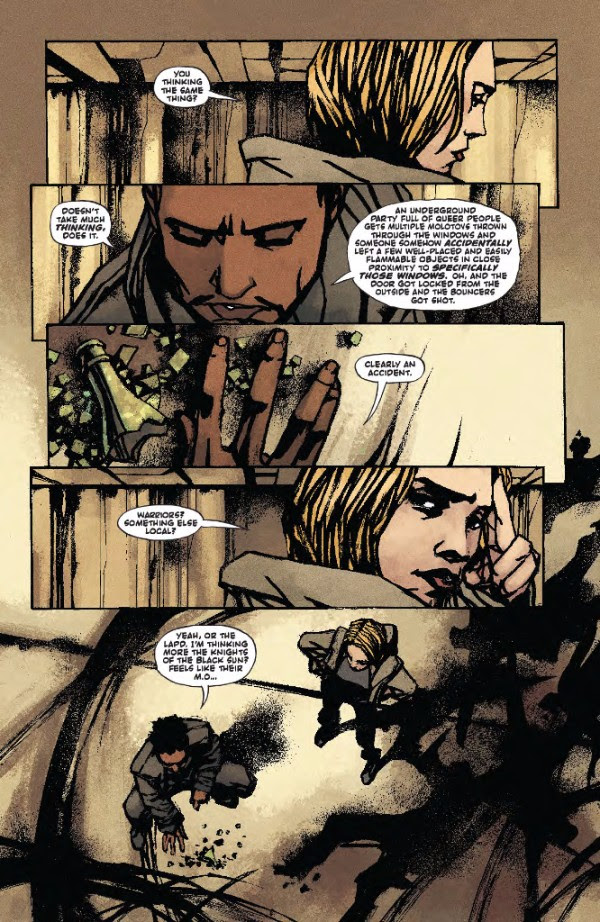 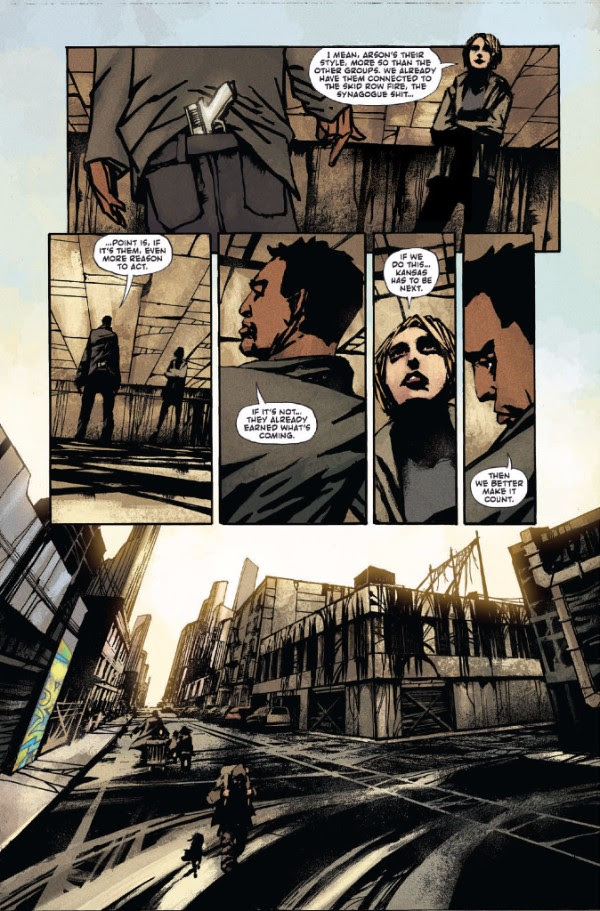 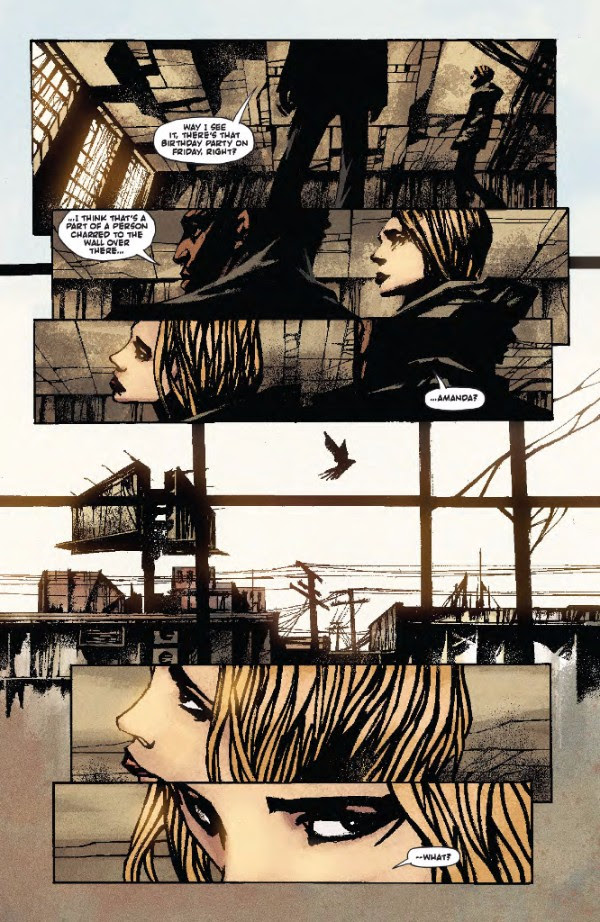 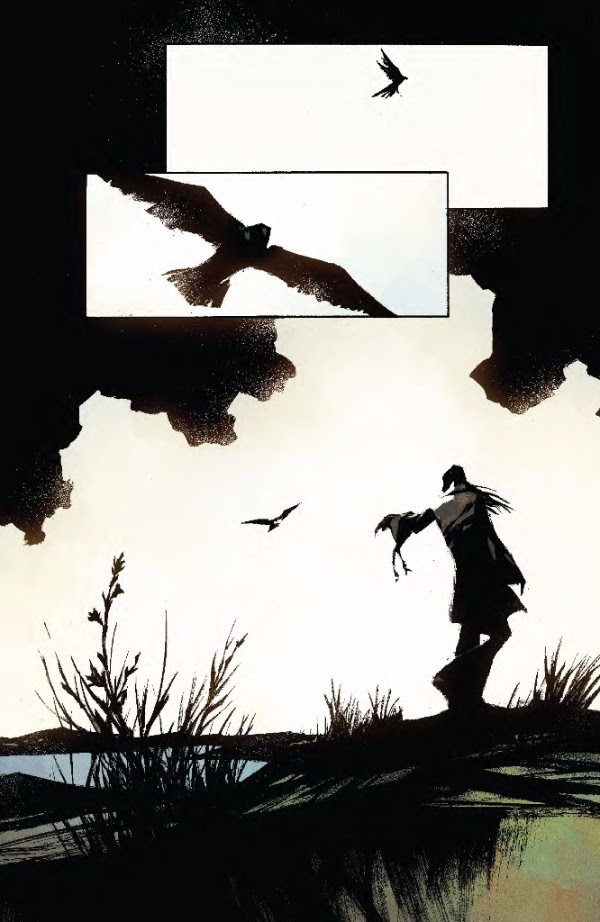 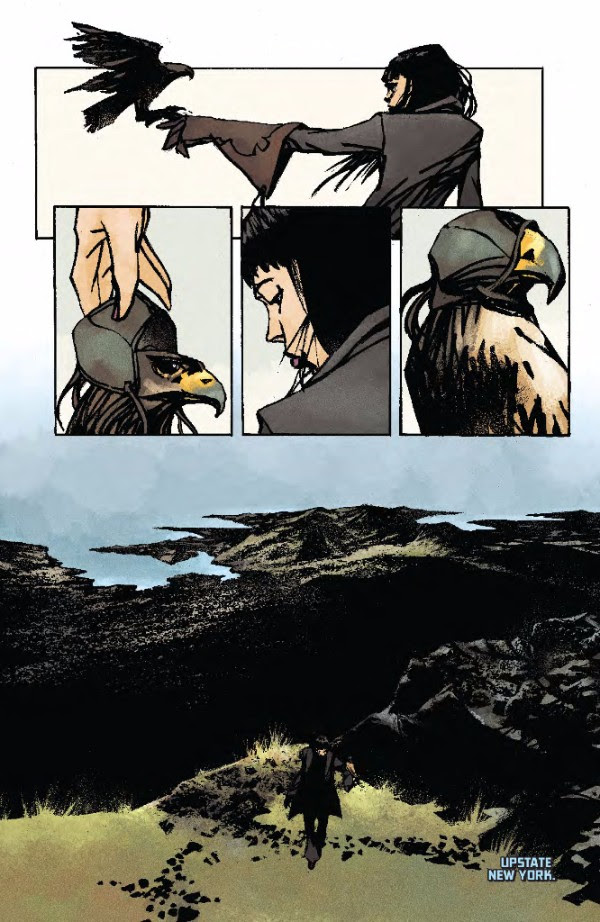 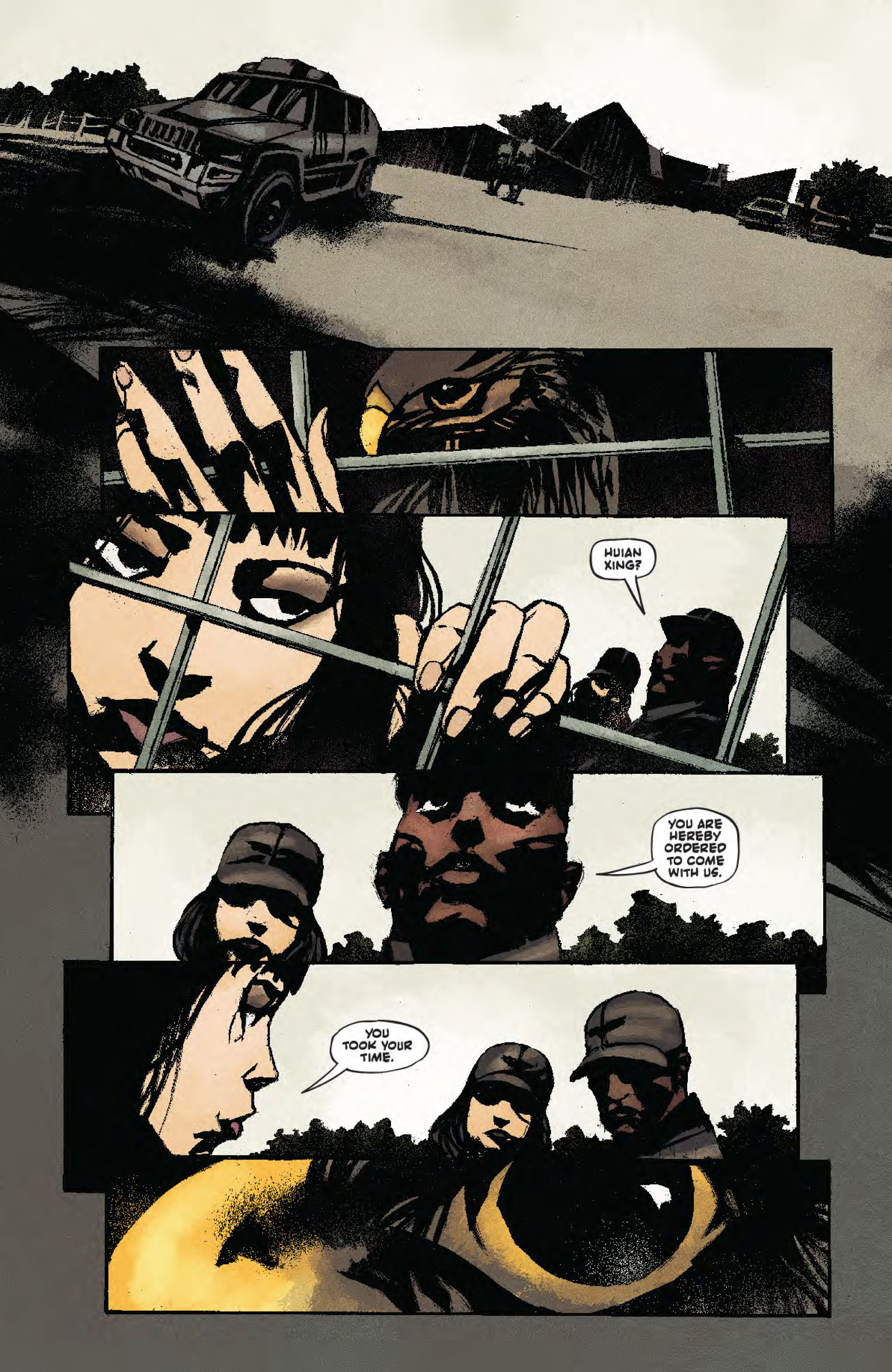 I probably won’t be picking this book up. It looks like straight left-wing political propaganda using the left’s new language of Nazi’s and white supremacy to describe their political opponents. Not to mention the dialogue doesn’t even look that good. “Remember when we all hated on 2016 online? Called it a ‘Trash Fire’?” Who says that? Who uses online in their normal speech? I definitely don’t. Plus these two people are supposedly standing in the middle of gruesome, horrifying crime scene. In fact, later on they are talking about a body still being a stuck to a wall, but for some reason they are pontificating about what happened “online” in 2016 and 2017.

I think a normal reaction, no matter how desensitized to violence you are would be to address the foul stench in the room from the rotting bodies.

If this is something that interests you, it comes to stores on January 17, 2018. The final order cutoff deadline is December 18, 2017.