Thanos has made his way to Earth. The Avengers, Earth’s Mightiest Heroes, are all that stand in his way. At least there a lot of them. And they’re all getting ready for the big showdown in Avengers: Infinity War directed by Anthony and Joe Russo. The Avengers may survive and triumph; Thanos might destroy and conquer. Audiences and fans around the world will find out in May of 2018.

But Marvel Studios President Kevin Feige has been a producer for every single film in the MCU thus far. Obviously, he makes plans ahead of time.

At the CCXP, the Comic Con Experience of Brazil, Marvel Panel Feige spoke briefly about where The Avengers will find themselves in the future.

Only a few words, but words that resonate with significance. First of which being the “if…survive” aspect of the quote. There’s been plenty of discussion regarding what heroes might die in Infinity War. The sad truth is audiences will probably witness the demise of more than one Avenger. Thanos is one of the most powerful comic book characters ever created. Considering he is already in possession of several Infinity Stones, and is likely to gain another one or two in this film, he’ll be more than capable of annihilating a superhero or two. If the world’s mightiest are going to stand and defend their planet, a couple are likely to fall.

The next and most important part of Feige’s comment is the announcement of The Avengers heading into space. It’s not a surprise that the Guardians of the Galaxy’s stories are set entirely in space and are doing well for Marvel Studios. Thor: Ragnarok also had a ton of outer space aspects to its story, and that may have helped it to become the most successful film in the Thor franchise. But it begs one question…

Why are The Avengers heading to space?

“Because if we can’t protect the Earth, you can be damned well sure we’ll avenge it!”

One of the best quotes uttered by Robert Downey Jr.’s Tony Stark. Iron Man spoke the famous line in the first Avengers. It’s the best use of the team’s name in the MCU. The problem is it was both a promise and a prophecy. A hint to audiences that at one point The Avengers will fail. Earth will suffer a major loss despite their superheroic efforts. 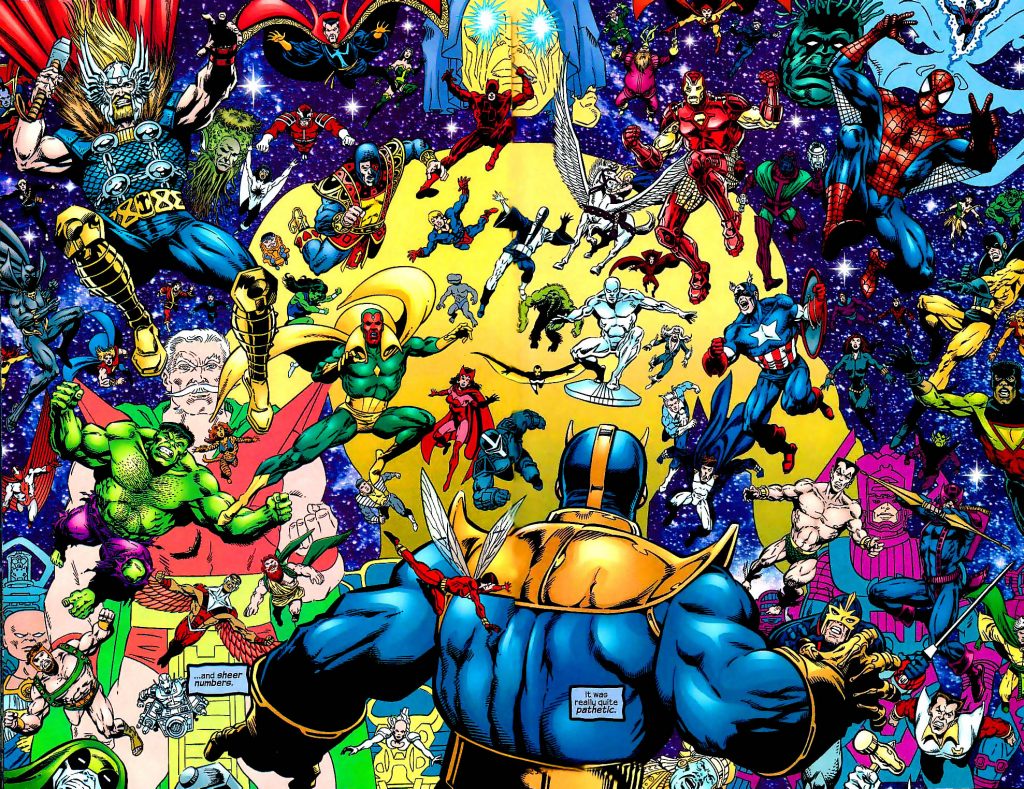 But they won’t stand still; they won’t do nothing. Instead of letting the world’s attackers go unchallenged The Avengers will take the fight back to them. And do what they must to avenge the loss the world has suffered.

Thanos is going to deliver some major mayhem to Earth in May’s The Avengers: Infinity War. Consider how powerful he is; consider the sheer numbers of his evil forces. Even if the entire world bands together Thanos will be a force unlike anything the world has ever faced. Thus, despite the fact that Earth will most likely fight off this celestial warlord much damage will be done. The only way to make sure it doesn’t happen again is to punish those who would do us harm. To show those evil forces that across whatever lengths of space and time it takes to get back at them The Avengers will fulfill their namesake. Expect The Avengers 4 to take the fight back to Thanos and his home planet. They will avenge this Earth. But first, the Earth is going to suffer a massive loss.

You think New York was something? Thanos is going to ensure fans, audiences, and people everywhere haven’t seen anything yet.