Right now, Tom King is the best comic book writer doing a monthly series. Batman may have its ups and downs, but somehow King managed to keep the momentum that was handed to him by Scott Snyder. Creating, altering, and utilizing the core aspects of the Batman story to great and emotional effect. But Tom King has always had an eye for other, more obscure stories. Omega Men is one of the most talked about limited series in recent memory; Grayson was one of the most influential and overall entertaining titles in years. The man knows how to write a story. 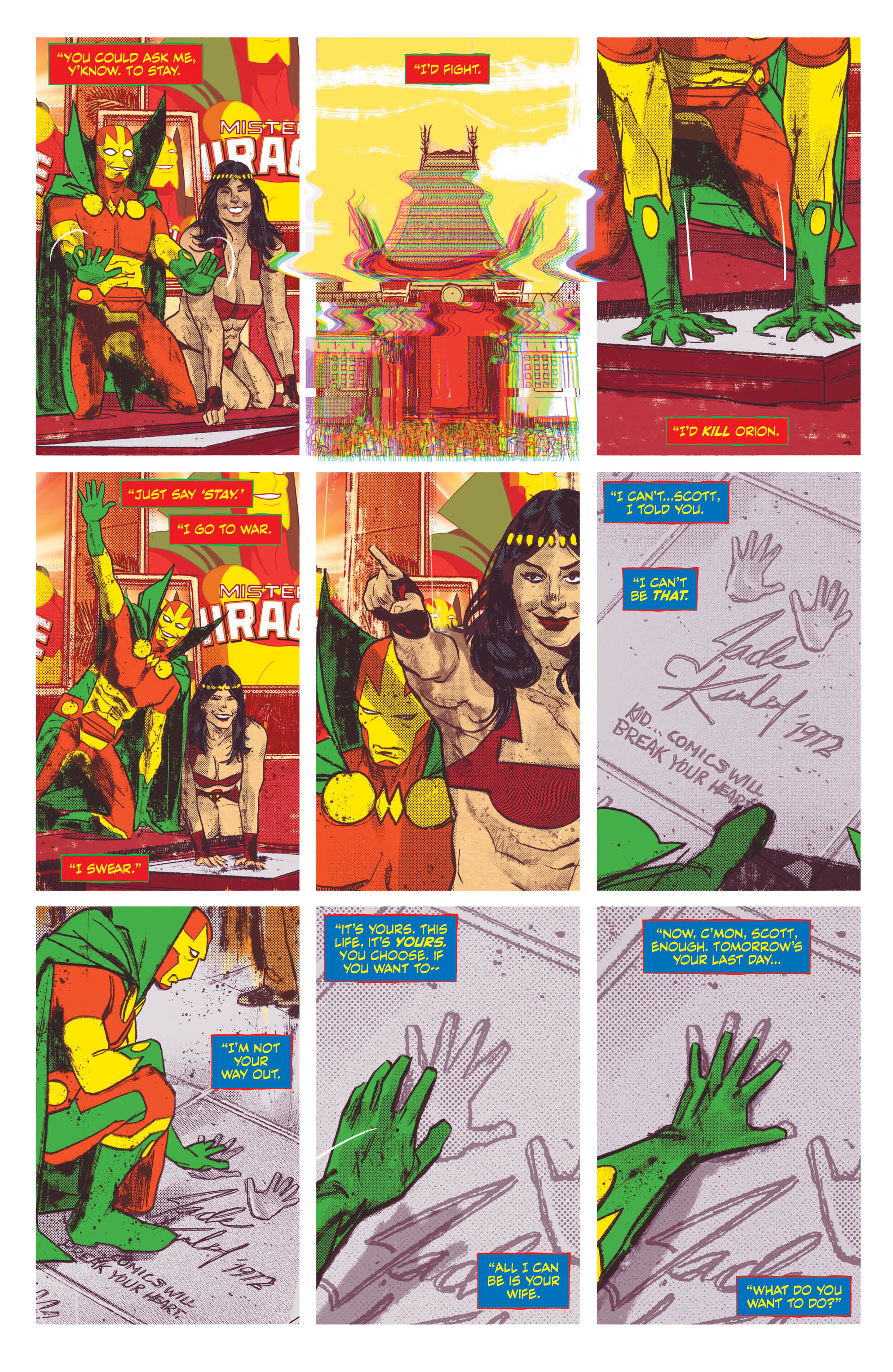 The pages of Mister Miracle have been no different. Mitch Gerads is one of King’s favorite collaborators. Their first title together, Sheriff of Babylon, was a critical hit for DC affiliate Vertigo Comics. It wasn’t surprising when King brought his buddy on for a small project over at DC. Well, that project just happened to feature one of the best heroes DC has to offer, Mister Miracle. Scott Free’s powers are quite simple. He can escape any situation with the ease of a master escapist.

But can he escape his own demise? That’s the question posed by Tom King and Mitch Gerads. And it’s one of the many reasons Mister Miracle is one of the best series of the year.

“I can’t escape noticing how much I love you.”

Bounding Into Comics can rightfully be accused of giving Tom King’s comics a lot of good ratings. But there’s plenty of reason for that. His stories are thought-provoking and consistently entertaining. He manages to somehow blend tension and action; horror and hope. Every issue has a high point; every issue has a low. There’s a source of conflict for the hero to face and an obstacle for them to overcome. It’s the work of a true master, and Mister Miracle #5 is a testament to that. 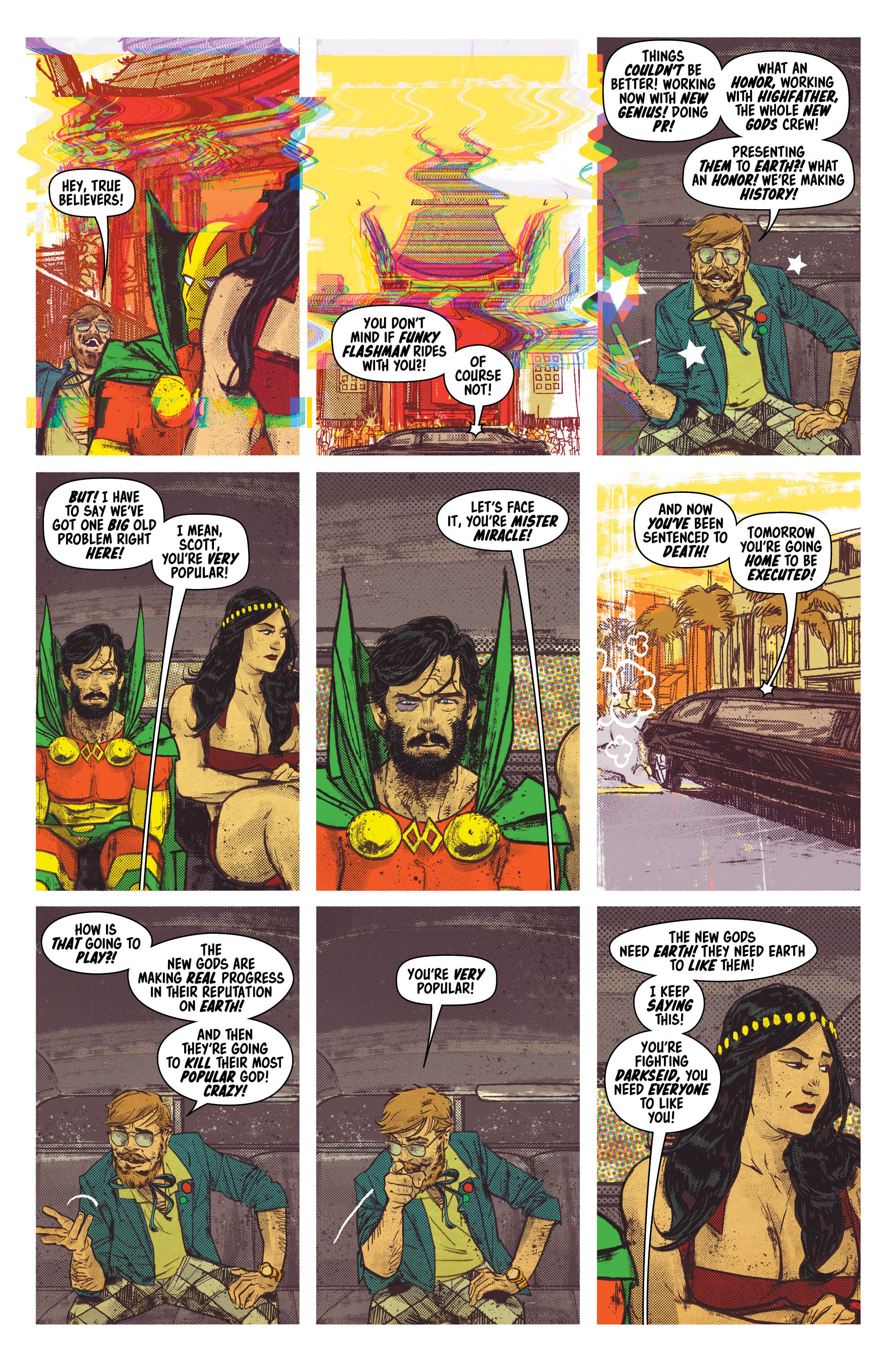 King’s best stories aren’t ones that span great lengths of time or distance. They’re not ones about saving the universe or conquering a world. They’re stories about heroes facing their biggest fears and about just what small aspects of the universe are capable of bringing down a hero. But in that, he finds what makes heroes tick. What can be their true motivation. In Mister Miracle #5 there are no fights. There are no monsters. Instead, it’s simply a man who’s leaving very soon. And that man just happens to be very in love with his wife. Sometimes, a family has to face loss head on. But Tom King says, sometimes, they can try and fight it.

Gerads seemed like an odd fit for Mister Miracle at first. His partnership with King on Babylon was a successful one. But that was an almost dystopian-look at the Iraq War. Incredibly substantial and serious subject matter that was depicted as such. It was an awesome comic because of how well King and Gerads combined their talents with tension, power, and romance. Little did readers know that would be the same approach Tom King would take to his Mister Miracle series. 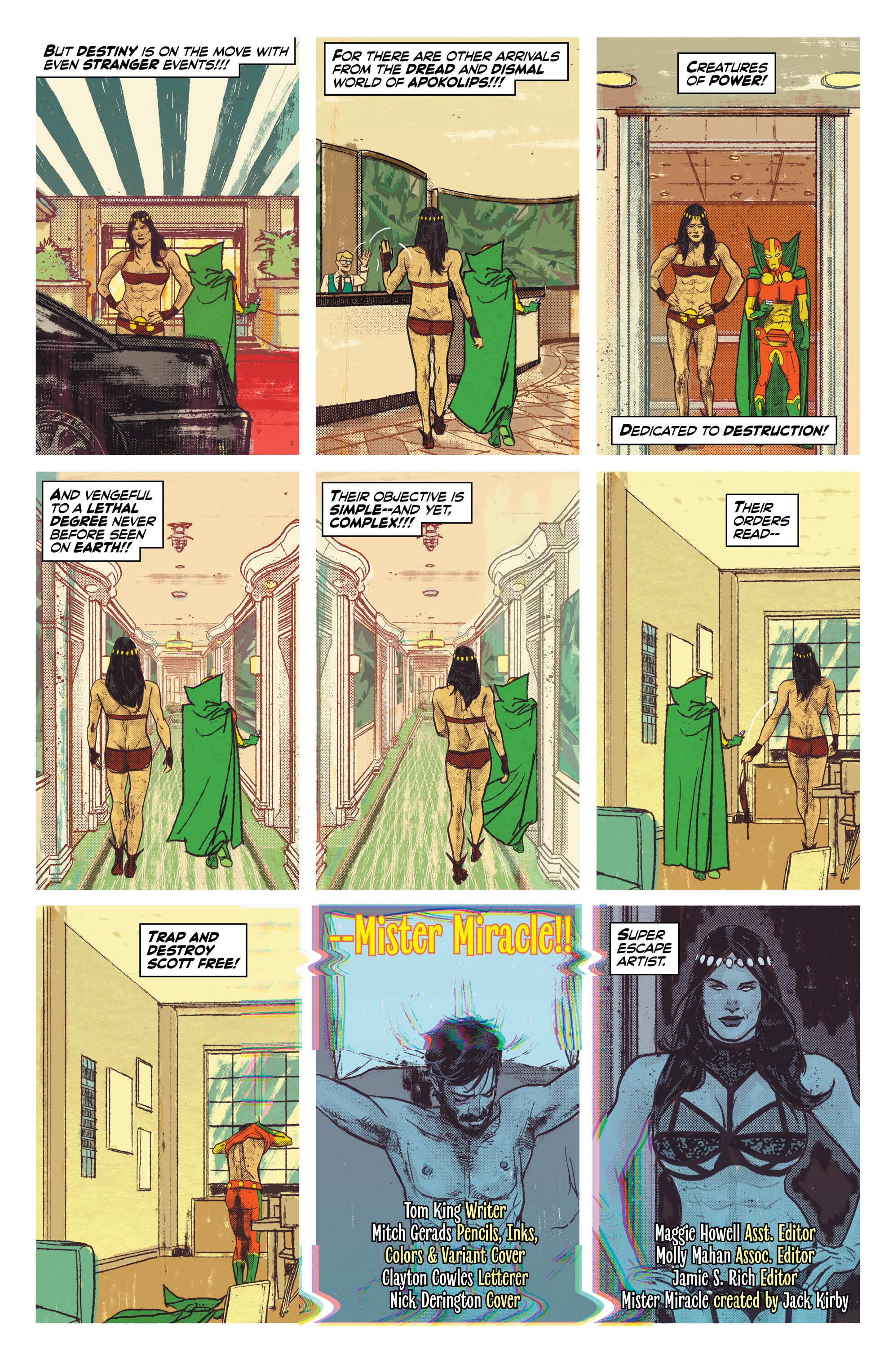 Rather than a fun, light-hearted action-romp readers have received an existential exploration of consciousness, fate, and one of the DC Universe’s greatest sons. The colors, lines, and inks of Mitch Gerads have been a perfect way to realize the story elements King has wanted to explore. Yes, it’s colorful. Gerads’ colors are both incredibly vibrant and lively. Yes, it’s gorgeous. The 9-panel structure is utilized to its utmost here. But it’s the combined work of these two masters that really makes Mister Miracle soar.

Mister Miracle #5 is just one day in the life of Scott Free and Big Barda. Together, they spend the time wandering around Los Angeles and sitting in traffic. A lovely day together. One that could mark the end of an era. Unless, one of DC’s longest lived couples decides they have anything to say about it. Orion, the new Highfather, has ruled when it comes to this Scott Free. A judgment has been passed; his reckoning is coming. But first, the two will spend a beautiful day in the hands of one another.

Tom Kings and Mitch Gerads are no strangers to creating amazing comics series. This isn’t their first; it won’t be their last. That’s because they understand the needs of both the story and the reader. The level of care that goes into every issue is astounding but not surprising. Because it comes from two of comics’ best creators. Who together have managed to create a… miracle.