Gwyneth Paltrow, who plays Pepper Potts in the Marvel Cinematic Universe, revealed a couple of behind the scenes videos from the set of Avengers 4.

While, the videos might seem nothing out of the ordinary, the second video shows Gwyneth wearing a motion capture suit on the set of Avengers 4.You can see it on her legs in the second video and the second picture on the right below. 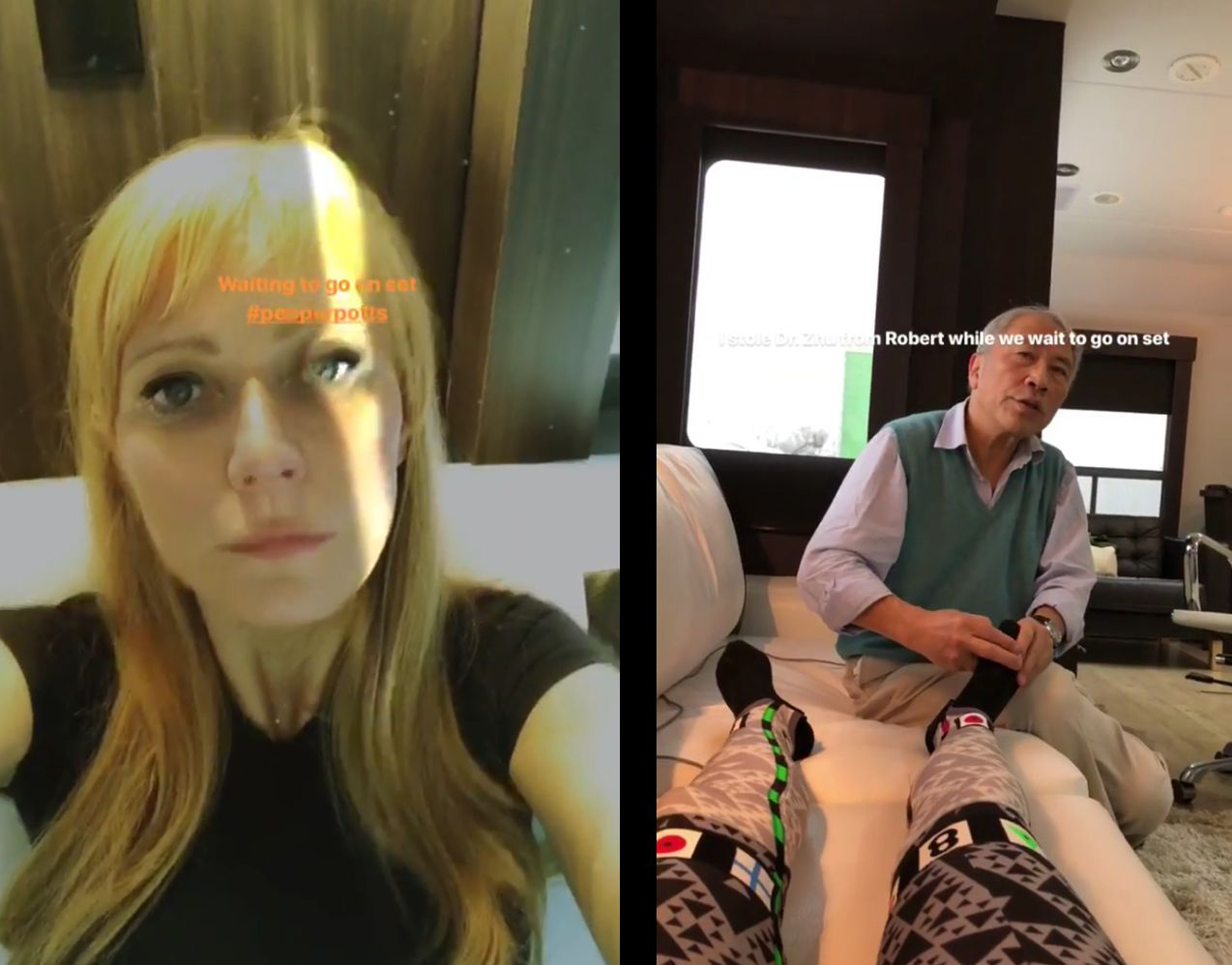 You might be thinking, why would Gwyneth Paltrow need to wear a motion capture suit for Avengers 4? In Iron Man 3, she was enjoying a fireworks display of all of Tony’s suits going up in flames. She even says, “It’ll do.”

However, it appears by Avengers 4 her inclinations towards Tony’s suits might change a lot. It’s more than likely Pepper will put on her own Stark suit to do battle against Thanos and his minions.

While Tony is incapacitated, Pepper Potts narrowly escapes the clutches of Norman Osborn and his H.A.M.M.E.R. agents as they storm all Stark Industries buildings. They want to ensure Tony doesn’t receive any assistance. However, Potts discovers a suit of armor specifically designed for her. She is able to escape Osborn’s agents just before she is arrested. The suit came equipped with an AI version of Jarvis and was suited to her biology and cybernetic enhancements. 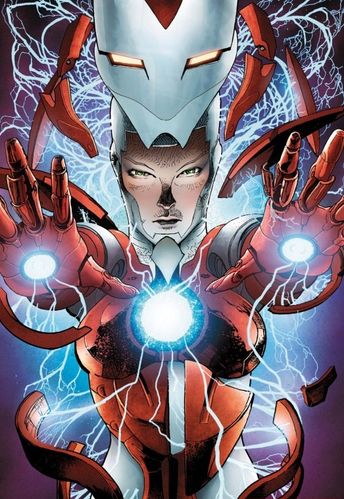 With the new suit at her disposal, Potts would become the superhero named Rescue. She would fight against Mokk the Breaker of Stone in the streets of Paris and assist Iron Man and War Machine in defending Stark Resilient against Detroit Steel Corps.

Her time as Rescue would be limited when the J.A.R.V.I.S. AI developed romantic feelings and kidnapped her. After Iron Man deactivated the AI, Pepper destroyed it along with the armor.

Do you think we will see Pepper Pott’s in her Rescue armor?