It seems that every day we’re seeing more and more calls for violence from the political left. The most recent person to call for violence is none other than comic book legend Bill Sienkiewicz. You might remember his work as it’s graced the pages of Marvel, DC, The Village Voice, and the New Yorker to name a few. In fact, the upcoming New Mutants film is based on Sienkiewicz run on the book in the mid 80s. Bill went on Facebook to debut his latest work. “The Most Punchable Faces of 2017.”

The first photo he revealed was of Sarah Huckabee Sanders, the current Press Secretary for President Donald Trump.

Here’s how Sienkiewicz tries to avoid responsibility and claim he isn’t calling for violence:

I’m NOT advocating for violence against women.
This isn’t about gender, it’s about calling out lying scumbags who deserve some serious scolding and corrective head spankings- for their crimes against decency, morality – if not against history.

I’m willing to bet the first swings at her smarmy lying mug would be from women, women who find her as insufferable and deplorable as any of her male counterparts.

And besides, editorial cartooning is still freedom of speech.

Of course, he’s trying to claim there is no real violent intent. However, just reading the explanation, it’s plain as day the words are shallow.

What, Sienkiewicz is doing is actually extremely sinister. He’s taking the hollow “Punch a Nazi” leftist cry and labeling people he politically disagrees with as Nazis. But they aren’t just Nazis because he lumps in Matt Lauer and Harvey Weinstein into his collection. By doing this, he is actually trying to make these people worse than Nazis. They are sexual deviants, ultra predators who prey on and exploit those they have power over. They are the scum of humanity.

Not only does he include Sarah Huckabee Sanders, he includes Steve Bannon, Sean Hannity, and Stephen Miller. 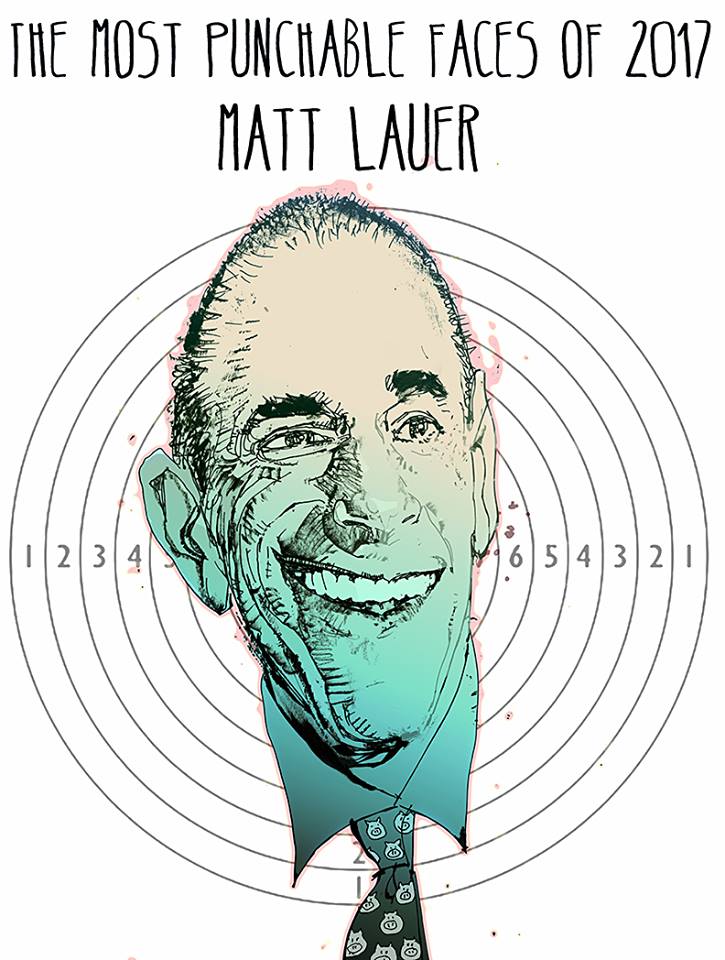 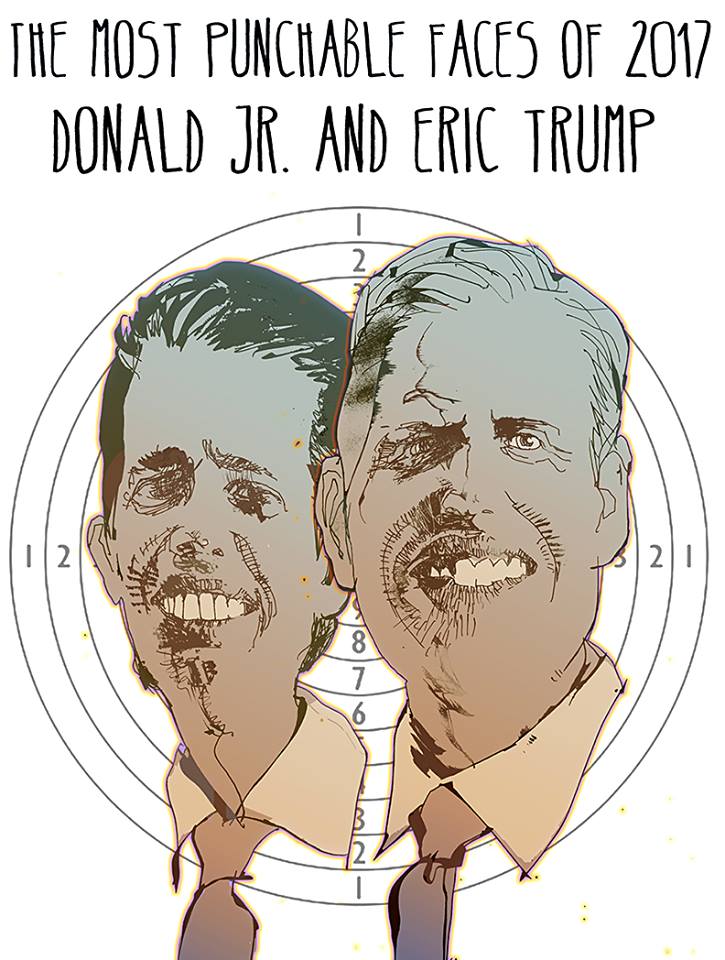 Then we get Ajit Pai, of Net Neutrality fame, Harvey Weinstein and Mitch McConnell.

Most Punchable Faces of 2017. (cont'd) pic.twitter.com/lZ8ShsJlAj

Then we get Fox News pundit Tucker Carlson.

It’s interesting there isn’t one Democrat politician or advisor. Hell, he doesn’t even include foreign political leaders who are threatening nuclear war like North Korea. No, this is a blatant attack against political opponents. It’s the same tactic the Antifa terrorists use when they say it’s okay to punch a Nazi. You know what happens? Antifa begins rioting in the streets and destroying McDonald’s and Starbucks, and other people’s businesses and livelihoods. I wonder what Bill would think if someone did that to his livelihood?

But let’s get back to his awful reasoning explaining why he isn’t calling for violence. I’m just going to put these people’s faces on targets and label it the Most Punchable Faces. But nope, not calling for violence. This is a complete and utter lie. The subtext of his “art” is completely obvious for anyone to see.

Bill Sienkiewicz even says people will want to hit these targets after seeing his art. He says, “I’m willing to bet the first swings at her smarmy lying mug would be from women, women who find her as insufferable and deplorable as any of her male counterparts.” Even before this he says these people “deserve some serious scolding and corrective head spankings.” That sure sounds like calling for violence to me.

He completely understands he is advocating for violence. And if women think it’s okay to commit violence then somehow it’s okay for everyone else. I think my Mom taught me the fallacy of that logic with a bridge metaphor when I was three.

But let’s turn the tables. Can you imagine if Bill Sienkiewicz did this with Barack or Michelle Obama. The outrage would be reigning down from the heavens. There would be accusations of racism galore. But since Ajit Pai is Trump’s FCC Chairman, he’s fair game because he’s the wrong kind of brown. He’s the Republican kind. And we all know Republicans are Nazis that’s why we can punch them, right?