DC Comics and writers Steve Orlando and Vita Ayala along with artist Jamal Campbell will introduce a new non-binary character in Supergirl #19.

The new non-binary character will be called Lee Serano and it’s possible based on Jorge Jimenez’s Supergirl #19  cover it appears they might have abilities of their own. They are shown flying next to Supergirl. 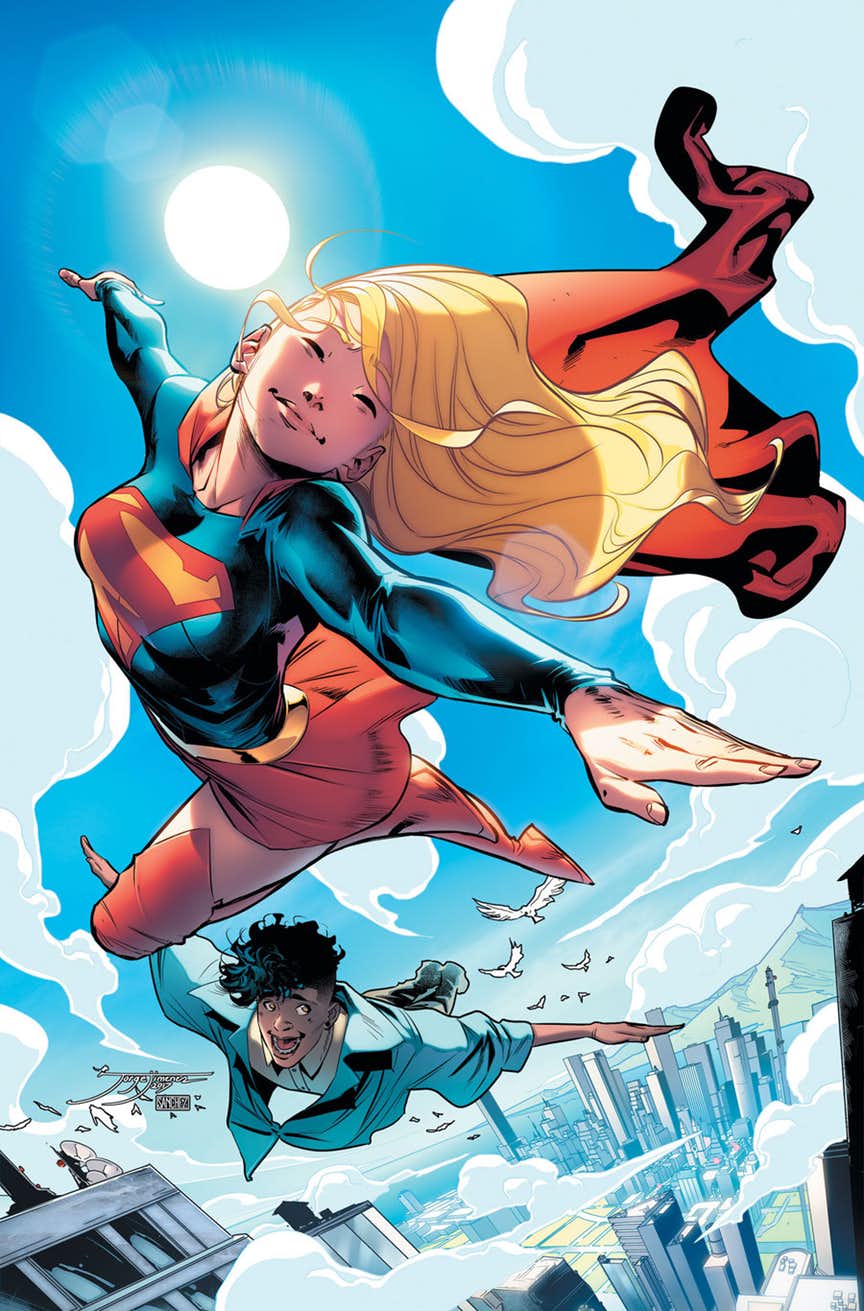 Serano won’t be the only non-binary character part of the story. Vita Ayala will be joining Steve Orlando on the issue and they claim to be non-binary.

In his search to write a CatCo piece on the truth about Supergirl, Ben Rubel interviews a young kid named Lee Serano, who recently became friends with the Girl of Steel. As Lee struggles with their parents and bullies at school for acceptance as non-binary, Supergirl is caught between punching her way through the problem and standing beside Lee as a symbol of hope.

If you are unfamiliar with non-binary, you aren’t alone. Non-binary is a term for individuals who identify as neither man nor woman. They don’t believe that gender is binary – i.e. strictly male or female. And they’ve become an increasingly vocal minority within the gender identity movement.

Based on the solicitation, this story smells of pandering. Why would you even include their gender in the solicitation unless you wanted people to see it. This is straight up virtue signaling to a minority audience who doesn’t even read comics. Marvel Comics is learning the lesson of forced, pandering, identity diversity the hard way. In November, DC Comics sold more units than Marvel. They are now starting to lose to a competitor.

DC Comics might want to see why Marvel Comics rebooted their entire line and are now killing off forced diversity characters like Female Thor.

Do you think DC Comics should be introducing non-binary characters?

Will you be picking up this issue?