As you saw at the end of the trailer, Dan Slott will be joined by artist Stuart Immonen for the upcoming story arc coming to comic book shelves in March 2018. The covers for the upcoming arc will be done by artist extraordinaire Alex Ross. 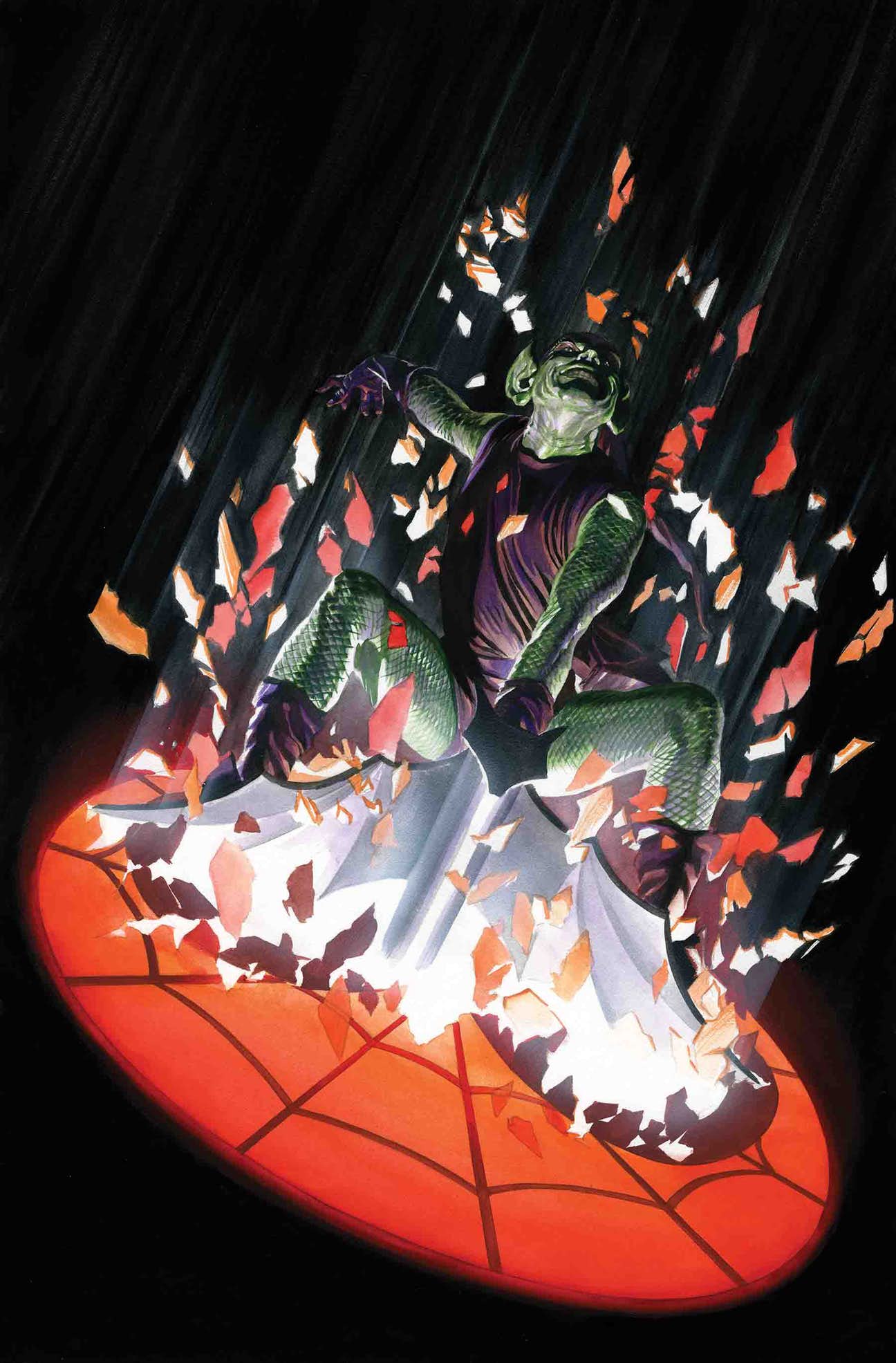 Here’s the official solicitation from Marvel for the upcoming story:

The Green Goblin is back — and scarier than ever! Dan Slott has saved his most harrowing Spider-Man story for last as he and Stuart Immonen kick off the AMAZING SPIDER-MAN story ten years in the making. Osborn got his crazy back and has a plan that’ll make all his past plans look like child’s play. Peter Parker and the people he loves (ALL of them) are in deep trouble. And who or what is the RED GOBLIN?! The only way Spider-Man survives is to GO DOWN SWINGING!

Dan Slott has been attached to Spider-Man since 2008 and took over sole responsibilities for Amazing Spider-Man in November of 2010. Slott killed off Peter Parker and created Superior Spider-Man that saw Doctor Octopus take control of Peter Parker’s body in order to become a better Spider-Man than Peter ever was and a better man than Otto Octavius. Slott would then resurrect Parker and return the mantle of Spider-Man to its original owner.

Slott has been a controversial figure due to his Twitter personality. A petition was created to even attempt to keep him off Twitter because he “responds to anyone who criticizes him or Marvel with vitriolic tirades, even if they don’t mention him. This is not appropriate behavior for a high profile professional working for a global corporation and the largest comics publisher in the US.”

Many have not liked his interpretation of Spider-Man. One fan derided what Slott’s done to Spider-Man, “The guy [Dan Slott] has shat on Spidey’s character and mythos, making him an irresponsible playboy and moronic reckless peon. Spidey has not only lost his wife as well, but his kids and don’t get me started on s*** like Silk, Clone Conspiracy and the whole ensemble cast of characters who are about as endearing as a piece of toast covered in dish soap.”