Somewhere Matt Reeves and possibly an unknown screenwriter are hard at work figuring out his Batman film. Somewhere else, Ben Affleck is pondering his future as the character. But it seems that one day he’d still like to find himself behind the director’s chair. Whether or not he suits up again for the next trilogy is most likely based on his reception of the script. Because in a recent interview with the Daily Sabah, Affleck reveals that’s been his biggest issue with the film.

When asked about if he’ll return to the role in some way this was the actor/director’s response.

For me, it’s interesting, and I always evaluate this stuff on the merit of the material. I want to direct a “Batman” movie, and I never got a script that I was happy with, so they are starting over and writing another script. And right now, I think a lot of different possibilities I think for the way the DC Universe could go, and I will just follow my interests in pursing that. And I know that I love working with this group of people, and it was a real joy for me to make this movie.

How unsurprisingly vague. Ben Affleck’s presence in the DCEU has been rather doubtful since Justice League. But what is surprising is his desire to still direct a Batman film.

Is it possible that the director of Argo, The Town, Live By Night, and Gone Girl would want to direct a Batman film even if he isn’t in the starring role?

The Man Behind the Cowl 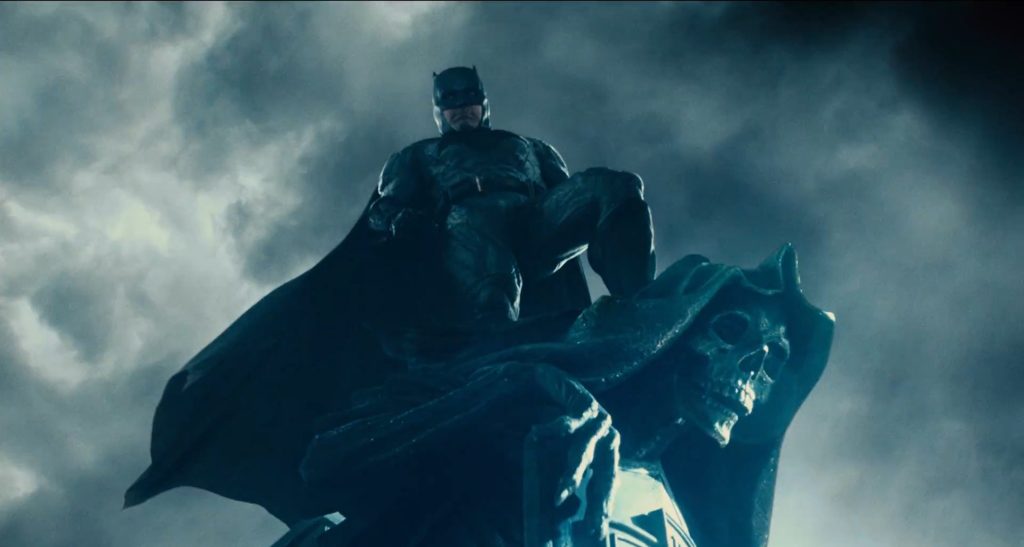 A looming, towering, terrifying figure atop a rather ghoulish gargoyle. The suit is gorgeous and convincing. Possibly in need of a touch or two but otherwise splendid. The face beneath it? Hardly visible. Does that mean it’s truly important to the creatives behind the camera? Ben Affleck still wants to direct a Batman film; Matt Reeves is rumored to have some great options for an alternative.

So why is there so much indecision in regards to Affleck and The Batman’s future? Because there isn’t a story yet.

Ben Affleck knows what his priority is when it comes to his next move as Batman. The script. Whether or not it was issues with his co-writer, Geoff Johns, or with the story itself Affleck didn’t see fit to remain on as director. But Matt Reeves is an incredibly exciting choice. His name inspires confidence in people who are rightfully doubtful of the DCEU’s future. But that future extends beyond their relatively recent failures.

Regardless of Live By Night’s disappointing reception, Affleck is still a fantastic director. To see him explore the sewers and skyscrapers of Gotham is still an incredibly exciting prospect. While he doesn’t seem too eager about being Batman, making Batman still seems to interest him. The Batman is currently in the hands of Matt Reeves, there’s no mistaking that. But Ben Affleck seems to want to distance himself from the part in some way. While he still sees Batman somewhere in his future, it’s probably not with him in the lead role. It’s a disappointment to be sure, as Affleck’s Batman has been the highlight of this universe up until this year.

But this year he’s been eclipsed. He wasn’t the highlight of Justice League and his portrayal did seem…tired. Just because Affleck may want out of the part doesn’t mean he wants out of the Universe. There’s plenty of reason to think that DC Films and Warner Bros. are starting to head in the right direction.

If Ben Affleck doesn’t return as Batman, would you still want to see him direct a Batman film?