Welcome to the Multiverse

Like he is at most times, Batman is a bit up in the air at the moment. Ben Affleck might not be playing the character for much longer. In fact, Matt Reeves may already have a replacement in mind. But apparently, Affleck would still like to direct a Batman film? It’s all a bit confusing.

Rumor has it Jeffrey Dean Morgan will be playing a Batman in the upcoming Flashpoint film starring Ezra Miller. As the story goes, so will Ben Affleck.

What in the DC Universe is happening with Batman at the moment? The answer to that question is complicated. Yes, there is a Batman film currently in the works by Matt Reeves. In August, Reeves took to Twitter and clarified just where his film stands in the DCEU after some comments of his were taken out of context.

Just to be clear: Of COURSE Batman will be part of the D.C. Universe. Batman will be BATMAN…In my comments from a while back about not being part of the DCEU, I was talking about The Batman being a story specifically about Batman…not about the others in the Universe. That it wouldn’t be filled with cameos servicing other stories — that it would be a BATMAN story.

This is essentially the only statement there is from Reeves about the project. There are no details about the villains; no details about the plot. There may not even be a Batman yet. But Matt Reeves was clear that this story will star the Batman of the DC Cinematic Universe. But what if DC is planning stand-alone superhero films? There’s a planned Joker film out of continuity. Would they attempt the same with Batman?

Hell yes they would.

The Many Shades of Batman

Comic book continuity is a funny thing. Believe it or not, there are many different kinds of your favorite superhero. Why? Because comic books don’t have the kinds of limitations other forms of narrative storytelling have. If a comic book reader reads a paragraph telling them that this is the Superman of another realm, of another space and time and belief system. They’ll believe it. Like the famous text crawl before Star Wars, a comic is allowed to tell you some backstory before taking you into its world.

This allows the many writers behind these stories to try and give it a different spin. Imagine just how many stories have already been told about Batman. But if Batman was Jim Gordon, or a Thomas Wayne Batman, suddenly the dynamic is entirely different. And after that the stories are endless. Sounds awesome, but something never attempted in live-action films.

George Miller was attached to direct a Justice League film during the Nolan Batman films. One that would have had Armie Hammer playing Bruce Wayne and not Christian Bale. But that never came to pass.

Fans are capable of understanding what it means when different faces appear under the cowl. The only way to ensure worldwide audiences accept multiple iterations of the same character is to ensure the projects are each unique and worthwhile.

What if this other Batman project didn’t take place in another Universe but another time?

Sit Right Back and You’ll Hear a Tale 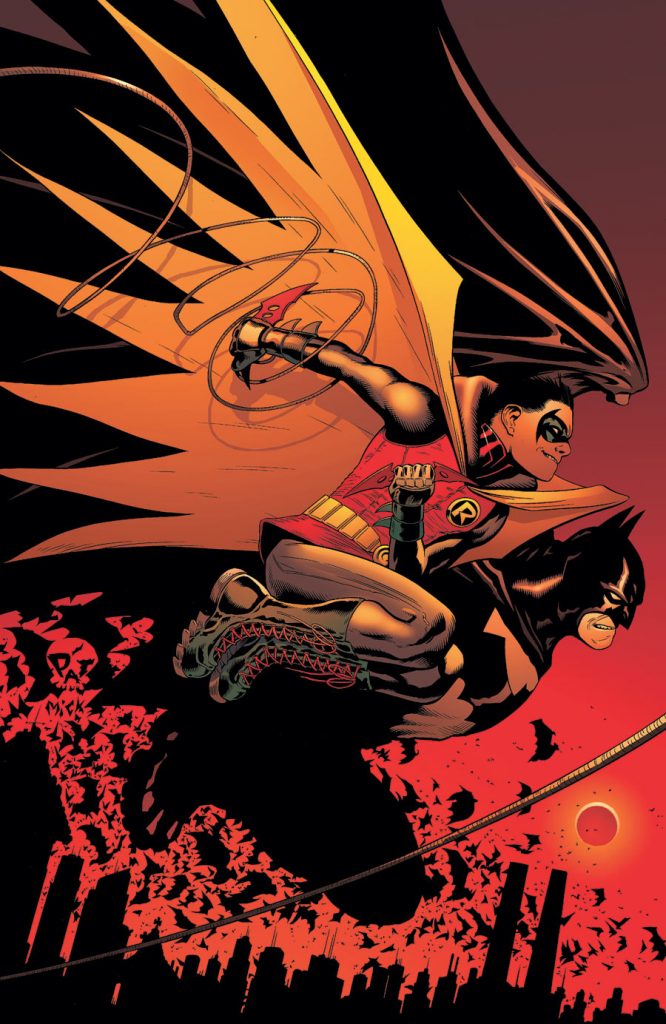 What if Jake Gyllenhaal is actually playing a young Ben Affleck? In a story that will show how Joker went too far and murdered Jason Todd or whomever DC chooses to be the deceased Robin. The film would explore how Batman can be taken too far. How Bruce truly starts to lose himself because he lost his metaphorical son to a monster. A man he had the opportunity to kill many, many times.

Now THAT sounds like an interesting Batman story. Yes, the character is a tragic one. But unfortunately filmmakers continue to explore the same tragedy. Batman v Superman: Dawn of Justice began with replaying the same murder in the same alley that audiences have witnessed multiple times. But if Matt Reeves, Ben Affleck, or any other creators are looking to explore more of Bruce’s life there’s plenty of stories from which to borrow.

Just because it seems like there are many superhero films doesn’t mean they’re any good. If Warner Bros. has talented filmmakers with great ideas for the caped crusader, let them all try.

The world can handle more than one Batman.