Black Panther is right around the corner and one report indicates its opening weekend could be bigger than Warner Bros. Justice League.

Star Michael B. Jordan opened up about his role as Erik Killmonger to Empire magazine. He said, “It took me to a dark place.”

However, he wouldn’t elaborate any further saying, “Honestly, I can’t really go through all I went through to get into it because I want to keep that close to me. But it stuck with me afterwards.”

While he didn’t open up any further about how his role as Erik Killmonger in Black Panther took him to a dark place emotionally, he did say he “had a lot of fun on set” with co-star Chadwick Boseman.

He also said, “Chadwick’s a very talented dude. There’s a lot of physical moments and action sequences throughout this film that cause us to really challenge ourselves, and also fall deeper into character.”

He also talked about the cast and the setting.

It’s an all-black cast for the most part, and it’s set in Africa, but it’s universal in so many ways to everybody around the world, so I feel like it’s something that everybody can take something from.

We also got two new photos from the upcoming film. The first shows Chadwick Boseman’s Black Panther in his suit while the second shows Michael B. Jordan’s Killmonger staring down T’Challa. 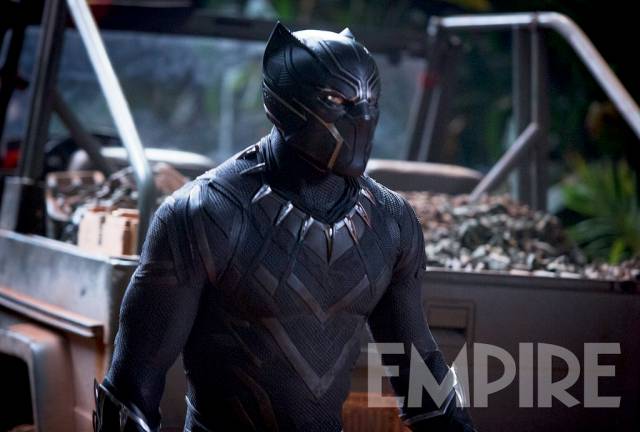 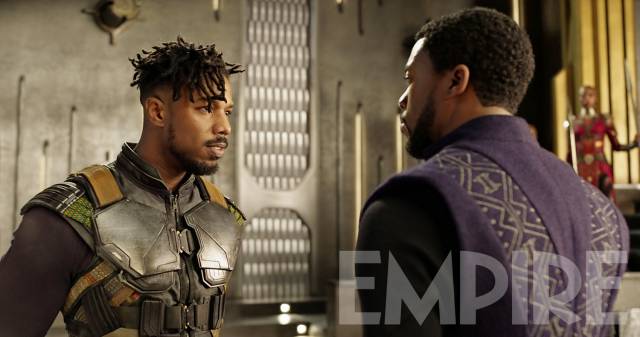