“I’ve got a bad feeling about this…”

Star Wars: The Last Jedi just finished its 2nd weekend at the domestic box office. But one thing seemed to be missing from the film. Sure, there was Luke, Rey, Kylo, Finn and Poe. But there wasn’t a trailer for Disney’s next Star Wars project. Now, it made sense when Rogue One premiered without a trailer for The Last Jedi. Because the latter film came out a year after the former. But Solo: A Star Wars Story comes out in just over 5 months. Why hasn’t Lucasfilm unveiled their latest film in all its splendor?

Apparently there might not be that much “splendor” to unveil.

According to a source at Disney by way of ScreenGeek.Net, the Star Wars-owning studio is preparing for their next film in the franchise to fail.

Here’s the source on Disney’s current attitude on the project.

Disney is bracing themselves for the Han Solo movie to bomb. They were worried about it before all The Last Jedi controversy, but now they’re essentially writing Solo off. The lead actor, Alden Ehrenreich, can’t act, and they had a dialogue coach on hand for all of his scenes. On top of that, the script is unworkable. It’s going to be a car crash.

First of all, The Last Jedi controversy is a bit of an embellishment. The film did have problems and issues. But the current box office “woes” for the film really aren’t that significant. Rian Johnson’s epic was never going to hit The Force Awakens’ numbers. That was the first Star Wars film in 10 years. More importantly, it was Disney’s first and the first without George Lucas. But there have been rumors circling about the other issues for some time now.

The company is right to be worried.

“Never tell me the odds!” 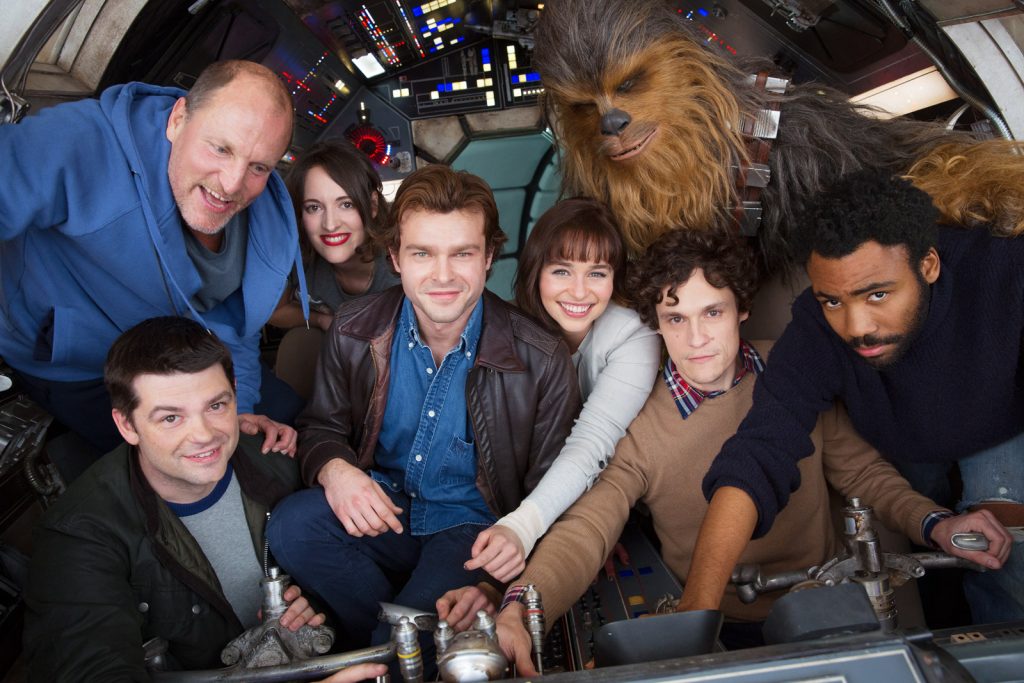 Phil Lord and Chris Miller have directed some of the most unlikely-awesome projects of the last few years. When they were announced as the directors of Solo: A Star Wars Story fans were elated. Unfortunately, they had to leave The Flash movie behind to do it but whatever their next project was, fans would follow. It didn’t hurt it happened to be a Star Wars film.

Unfortunately, they were effectively fired by Kathleen Kennedy earlier this year and replaced by Ron Howard. Howard’s a great director, but his style is nothing like the work of Lord and Miller. Their films are rapidly paced, based entirely on comedic timing, and with brief yet significant emotional moments. Howard’s a more classic director who specializes in drama and, often times, period pieces. Howard’s presence on the film has already had some odd effects. Michael K. Williams was reportedly cut from the film and his part was re-cast. Paul Bettany is now supposedly playing the same character.

The name of Solo: A Star Wars Story is also a bland title. One that reeks of self-promotion. An obvious attempt to build a franchise out of one-off films that depict a day in the life of great characters.

But on May 25th of 2018, Alden Ehrenreich and Ron Howard are going to take a stab at one of the most iconic film characters of all time.