Our first details for Disney and Lucasfilm’s upcoming Solo: A Star Wars Story are finally here.

The last bit of info we had about the Han Solo film was a Los Angeles Times interview with Lawrence Kasdan in 2015. Kasdan explained:

You have to imagine him 10 years earlier in his early 20s. What was he like before he hardened up? Before he put on this cynical cost? What got him there?’ This is the story of a world-weary wise-ass in waiting.

In the latest issue of Empire magazine, Ian Freer gives us some actual plot details on Alden Ehrenreich’s upcoming portrayal as Han Solo while saying this “may not be the space pirate you know and love.”

Freer goes on to detail some of Han Solo’s backstory that might appear in the film.

It’s part of Solo lore that, as a young gifted pilot, he studied at the Imperial Academy at Carida. Solo is kicked out of the Academy for rescuing Chewbacca from an Imperial Officer, and thus one of cinema’s great friendships was formed. Some variation on this is likely in Solo.

He then goes onto piece together some of director Ron Howard’s tweets:

During shooting additional footage, Ron Howard tweeted a picture of a mine shaft with the caption ‘Spicey? This is most likely a nod to the spice mines of Kessel, a galactic prison where inmates mine a precious spice. It also suggests the Kessel Run, the hyperspace route used by smugglers, will play a part.

And of course the Millennium Falcon will play an important role in the film, but it might not be exactly the same ship we remember from A New Hope.

By the time we see the Falcon at Docking Bay 94 in A New Hope, it has undergone ‘a lot of modifications’ by Solo. Leaked pictures suggest something done to the Falcon glimpsed in Revenge of the Sith: white with blue markings.

He then goes on to hint we might see Lando and Han putting up the Falcon in a game of Corellian Spike.

Of course, the Falcon initially belonged to Lando Calrissian, played here by Donald Glover. Solo won it in a game of Corellian Spike, a variant of the game sabacc using two parts of six-sided dice. Perhaps Solo will feature a set-piece around a fancy-dan D&D sesh. Very Strangers Things.

Along with these plot details, a brand new image for the film was leaked by a Russian licensing site. The image shows Alden Ehrenreich as Han Solo, Donald Glover as Lando Calrissian, Emilia Clarke’s character who is rumored to be named Kira, and Chewbacca.

Along with the photo, the Russian site describes the movie, “Solo is an exciting story about intergalactic adventures, telling the adventures of young Han Solo, about how he got into difficult situations and found an outlet from them, as he became the same a smuggler, a rebel, a bully, a hero, whom we all know and love.” 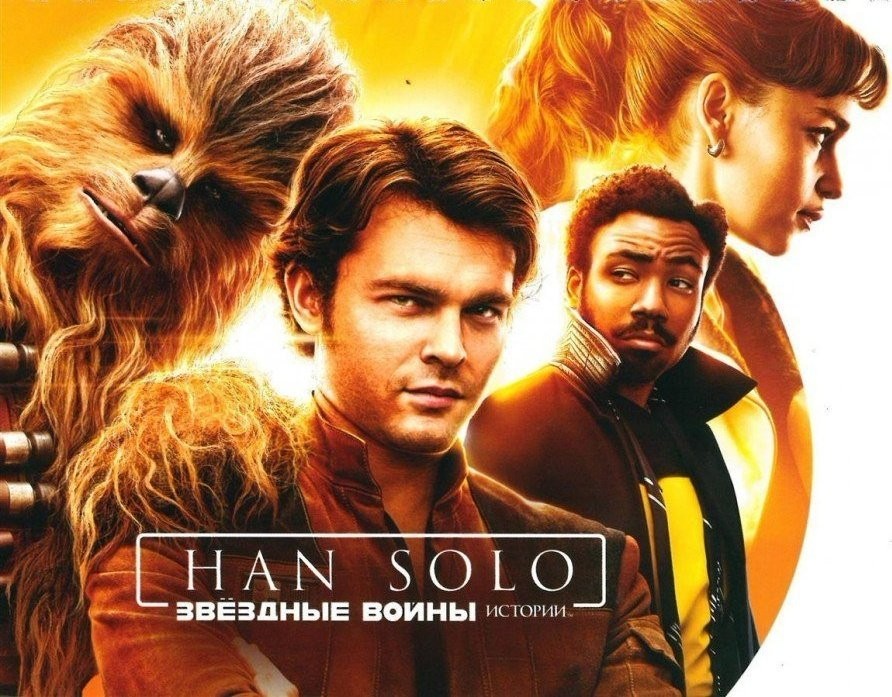 A second image appears to mirror the first image, but includes the Millennium Falcon with its blue stripes as reported by Freer. 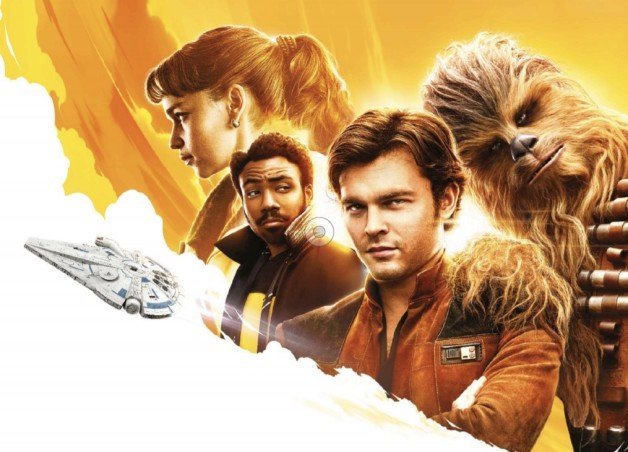