A new soundtrack to Black Panther was just released yesterday. For those of us in the comic book community, it’s something that wasn’t really on the radar, but it was something to provide background to a movie that has a lot of hype going into 2018.

The track “All the Stars” by Kendrick Lamar and SZA is quite an interesting listen. It is the first of many tracks featured on Black Panther: The Album. It’s already at 2 million views on YouTube and is available on Spotify.

I actually thought about how the soundtrack deal would go down. I would think Marvel would ask Nico and Vinz to add a song, or Die Antwoord. As artists from Africa, it would be great to introduce those regional talents to a broader audience. However, news hit of Kendrick producing for the soundtrack. So I thought Disney would water down his style and he’d have to make the track clean. Granted, he can make clean edits for radio and a greater audience consumption, but that’s not usually how he does it.

For fans of his style of music and lyrical choices, it’s Kendrick without any apologies. Yes, there’s swearing peppered in with his lyrics. It’s a laidback style with lyrics that deliver in provoking thought and messages.

You can listen to it here:

Analyzing the lyrics, it’s hard to see how the song relates to the themes of the upcoming film. The story of the movie is still a bit mysterious, as Marvel likes to keep it.

A Series of Firsts for Kendrick, SZA, and Marvel 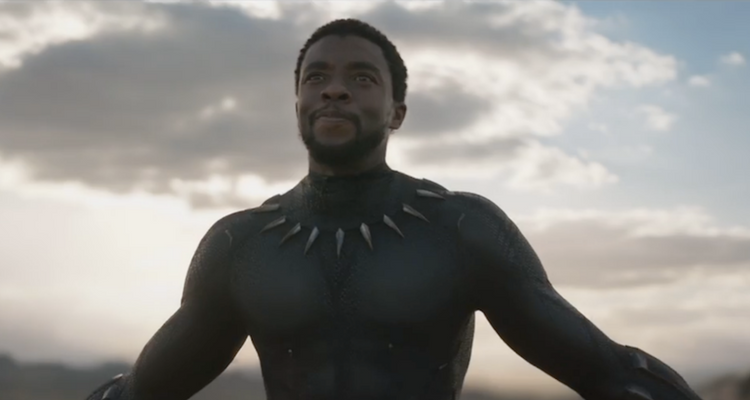 It’s an interesting pick from Marvel Studios. This is the first collaboration integrated into one of their films. Even more interesting is that this is Kendrick Lamar’s first work where he will produce, write, perform, and curate for a motion picture. And for his first outing a Disney tentpole film.

Kendrick Lamar and SZA have been on some tracks together before, like “Babylon” and “Doves in the Wind”, both tracks on SZA’s Ctrl album. This is also her first feature for a motion picture soundtrack. Her song “Quicksand” had already appeared on the soundtrack for the HBO series Insecure. But this is a big step up for her career.

The song “All the Stars” is available on Spotify and iTunes. Black Panther will premiere in theaters February 15th of this year.