Marvel Comics will be adapting a Marvel Studios character as they introduce Tessa Thompson’s Valkyrie into their upcoming Exiles series.

Valkyrie will join the Exiles team led by Blink. The team will also include Iron Lad, a cartoon version of Wolverine called Wolvie, and an older version of Kamala Khan, who Marvel is referring to simply as Khan. I prefer to call her Old Lady Kamala Khan.

Exiles writer Saladin Ahmed was excited to include the Thor: Ragnarok character into the upcoming series.

Valkyrie’s a character who’s always appealed to me. Her iconic warrior-woman look — spear! sword! flying horse! — but also the juxtaposition of a kickass ancient fantasy hero operating in contemporary New York City. She’s a classic Marvel heroine. But the EXILES version of Valkyrie is a bit different from what we’ve seen in comics thus far. Our Valkyrie is known as the Lone Defender of Asgard, and she’s a tankard-draining, maiden-wooing, giant-slaying thunderbolt of a woman. Though she’s not technically from the Marvel Cinematic Universe reality, she’s basically the literalization of the larger-than-her-physical-frame swagger that Tessa Thompson displayed in THOR: RAGNAROK, turned up to 11.

Basically, she’s a brand new character with the same name, but from an alternate dimension. I wonder what will happen with the original Valkyrie? Will they eventually fight over the title of who can be Valkyrie or will multiple characters be able to hold the name, Valkyrie?

This isn’t the first time Marvel has introduced us to multiple versions of Valkyrie. Previously, Amora the Enchantress posed as Valkyrie. Samantha Parrington also received the powers of the Valkyrie and used the name. There was also an evil character who used the name, who debuted in The Mighty Thor  #460. She was the mental and physical manifestation of Warrior’s Madness.

Series editor Will Moss explained why they chose the Thor: Ragnarok version of Valkyrie:

Like everyone else who has seen Taika Waititi’s brilliant THOR: RAGNAROK movie, all of us on Team Exiles are big fans of Tessa Thompson’s Valkyrie. So when we realized that we had the perfect series — where the roster is made up of alternate reality versions of Marvel heroes — to introduce a comic book equivalent of that version of Valkyrie, we jumped at the chance! And how great is series artist Javier Rodriguez’s design? Such a nice combo of the classic Valkyrie look and the MCU’s, yeah? 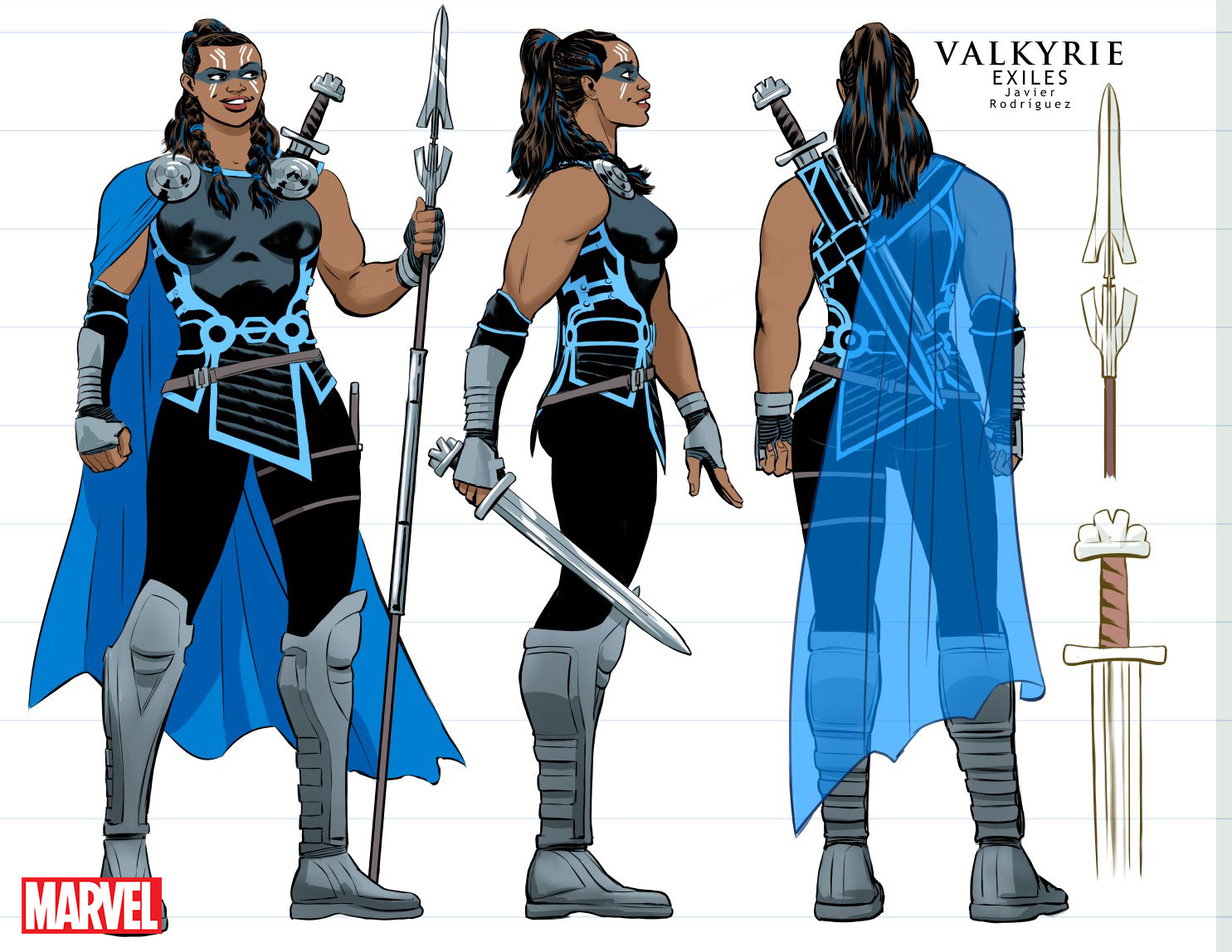 Exiles will be written by Saladin Ahmed with artwork by Javier Rodriguez. The first issue goes on sale April 11, 2018. It will feature covers by David Marquez, Javier Rodriguez, Mike McKone, and Jesus Saiz . 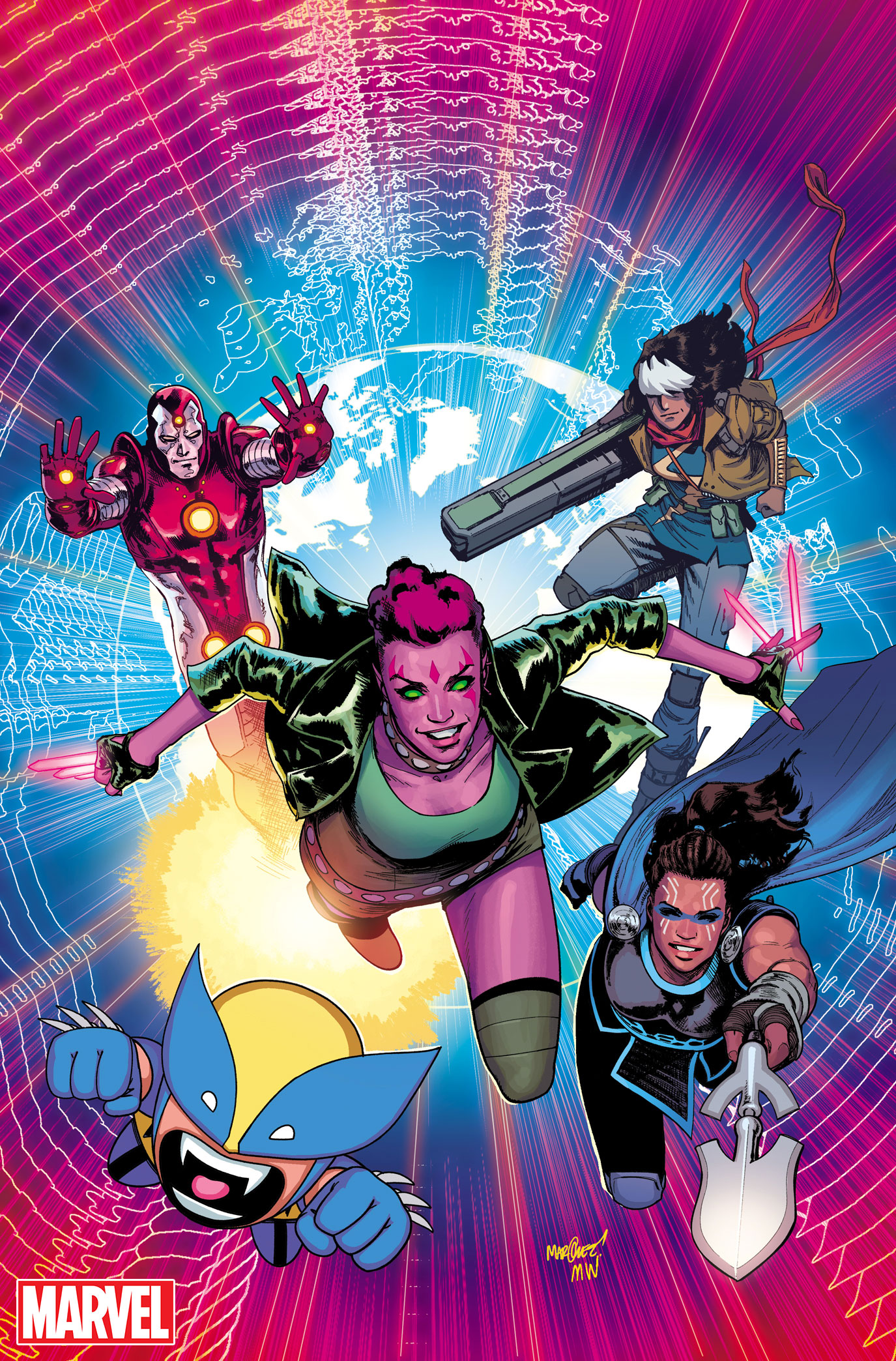 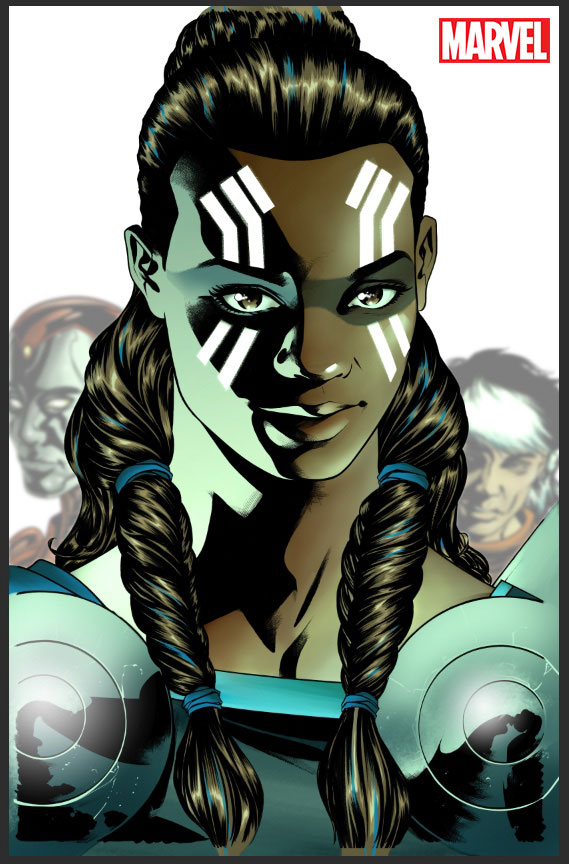 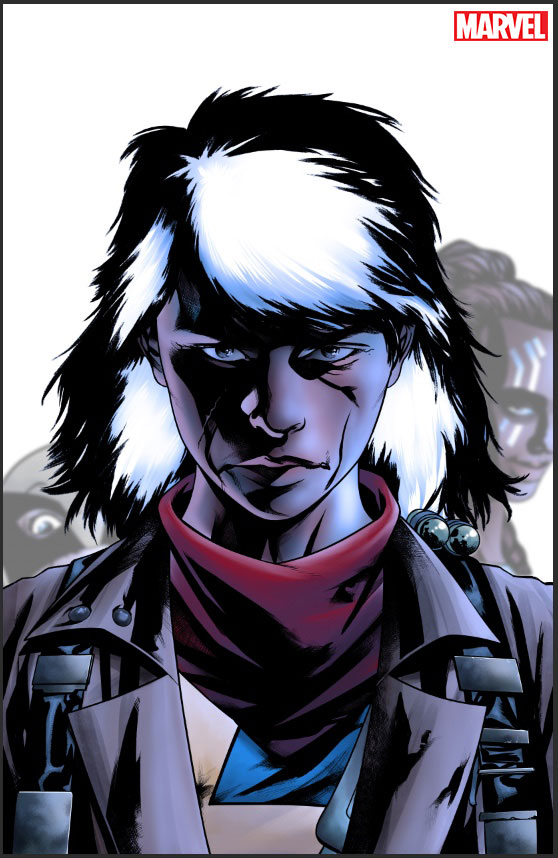 The second issue goes on sale on April 25, 2018. It will feature covers by David Marquez, Mike McKone, and Javier Rodriguez. 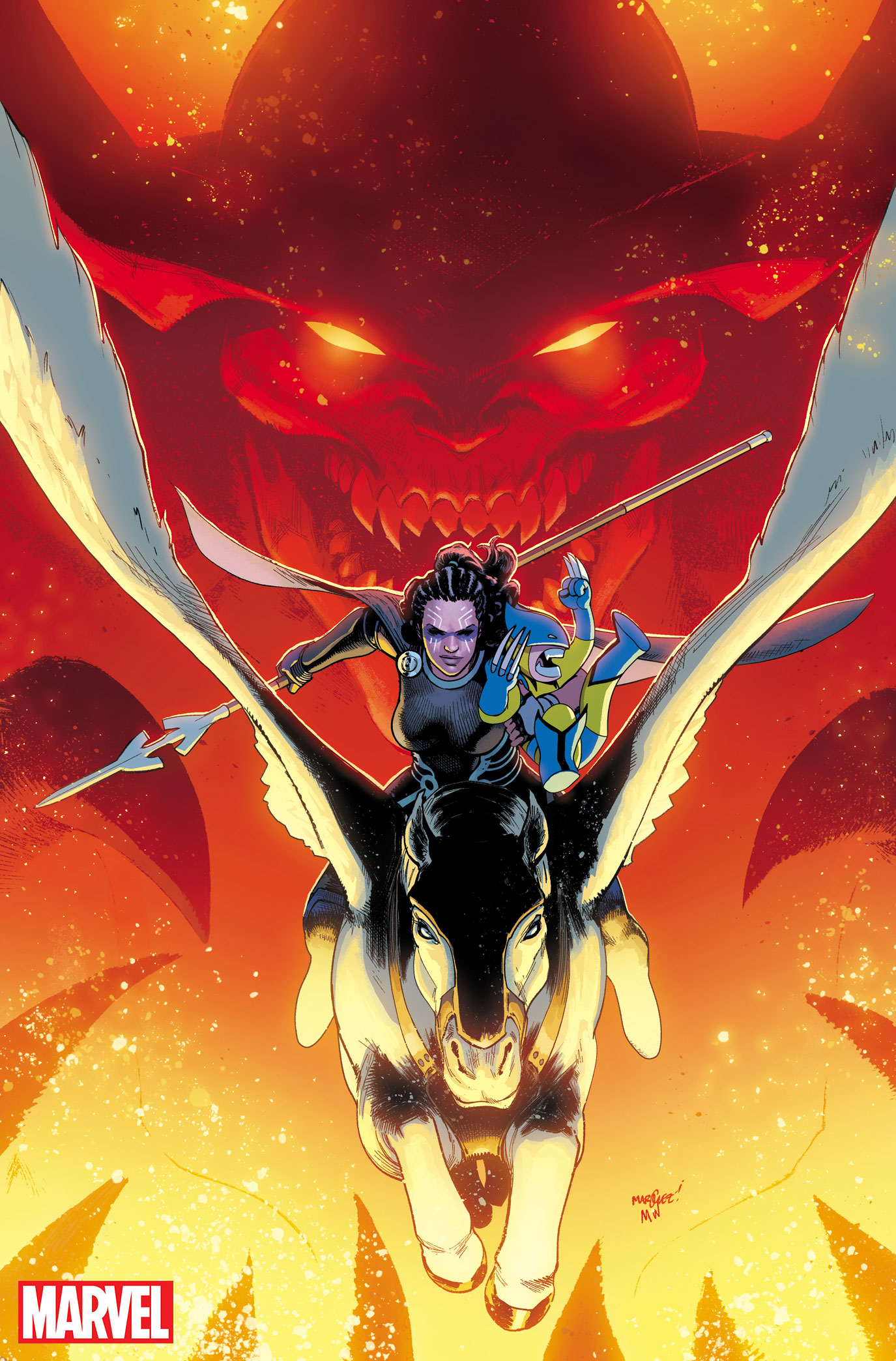