A new Star Wars: The Last Jedi rumor believes the film and Luke Skywalker are not referring to Rey as the last Jedi in the galaxy.

Instead the theory believes the last Jedi is actually Temiri Blagg, the young boy at the end of the film on Canto Bight, who uses the Force to call the broom to his hand. 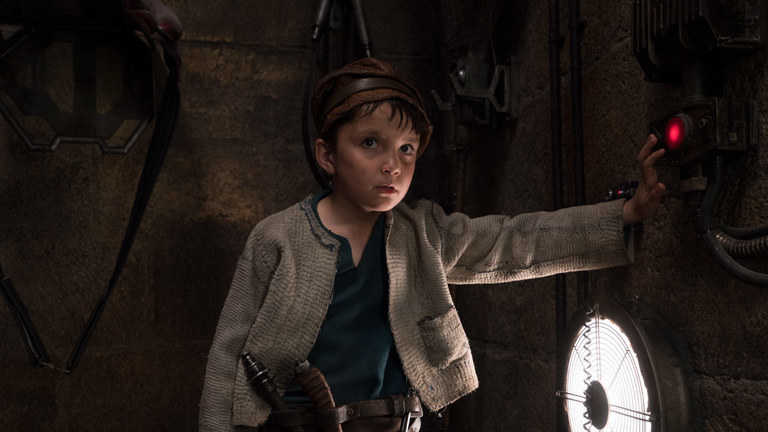 Skywalker makes a reference to the last Jedi when he Force projects himself from Ahch-To onto the salt planet, Crait, and confronts his nephew, Kylo Ren. After Kylo Ren tells his uncle and former master that the Resistance is dead, the war is over, and the Jedi will end after Luke dies, Luke tells him every word he said was wrong.

However, as the theory goes, Temiri Blagg is much like Anakin Skywalker. According to Star Wars: The Last Jedi: The Visual Dictionary, Blagg, like Anakin, is enslaved due to his parents’ debts to the casino.

If you remember Anakin Skywalker’s mother Shmi lost both her and her son’s freedom betting on the podraces on Tatooine.

It’s possible Blagg may play a greater role in J.J. Abrams Episode IX. Many believe he will play a larger role in the Resistance or new Rebellion.

Others believe Blagg may be the focus of Rian Johnson’s upcoming new Star Wars trilogy.

However, it’s highly unlikely he will upstage Rey and Kylo Ren in Star Wars Episode IX.