The Daily Mail reports Stan Lee, now 95, “repeatedly groped and harassed a string of young female nurses employed to care for him.” They also claim he committed highly inappropriate acts including assault. He also allegedly propositioned the nurses.

The nursing company is reportedly in a legal dispute with Lee. However, there haven’t been any police complaints or lawsuits filed.

One of Lee’s lawyers, Tom Lallas disputed the allegations. He told the The Daily Mail:

Mr. Lee categorically denies these false and despicable allegations and he fully intends to fight to protect his stellar good name and impeccable character. We are not aware of anyone filing a civil action, or reporting these issues to the police, which for any genuine claim would be the more appropriate way for it to be handled. Instead, Mr. Lee has received demands to pay money and threats that if he does not do so, the accuser will go to the media. Mr Lee will not be extorted or blackmailed, and will pay no money to anyone because he has done absolutely nothing wrong. 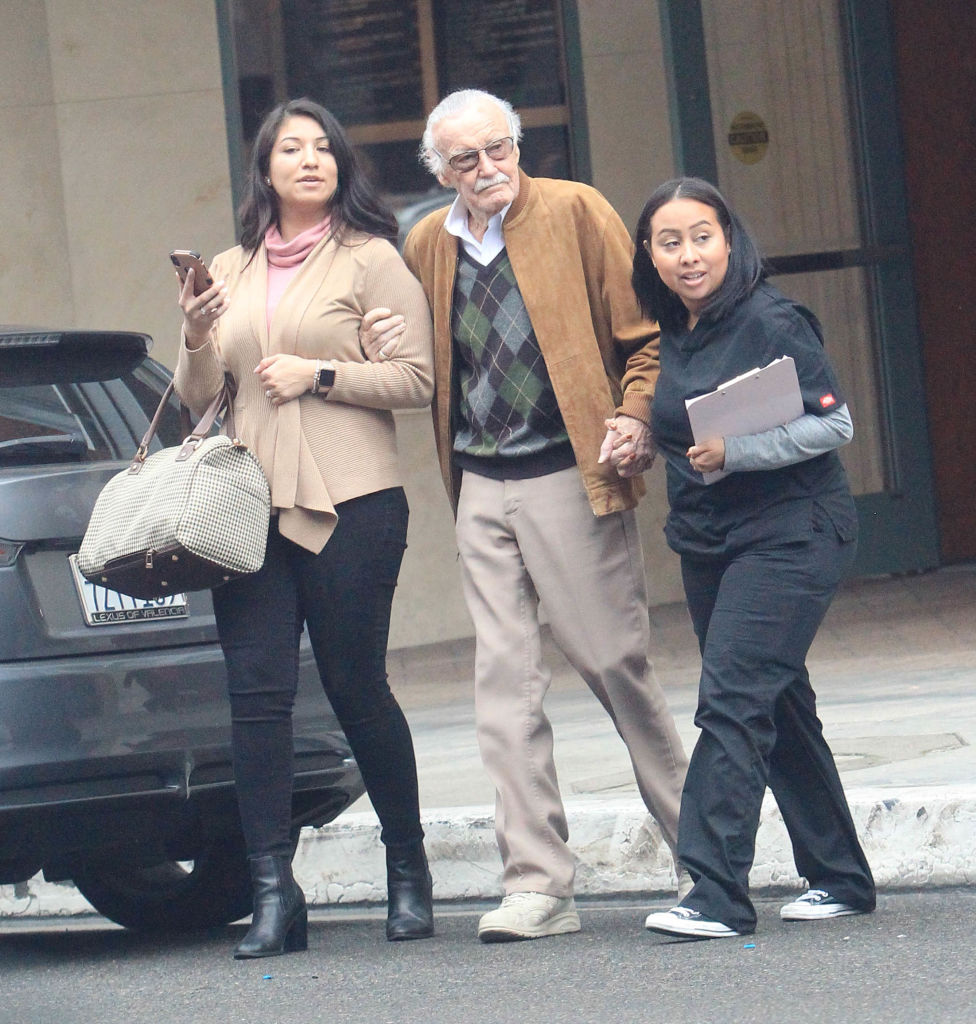 However, The Daily Mail quoted a source with knowledge of the situation:

Stan is an old man who has seemingly lost his way. He doesn’t seem to care what people think of him, he’s lost his filter. There has been a stream of young nurses coming to his house in West Hollywood and he has been sexually harassing them. He finds it funny. He walks around naked and is vulgar towards the women…He’s also very handsy and has groped some of the women, it’s unacceptable behavior, especially from an icon like Stan.

The owner at the nursing company has openly said to people that Stan has sexually harassed every single nurse that has been to the house. That got back to Lee and sparked this whole thing. It appears the owner, who has nursed Stan herself, eventually decided enough was enough.

The source also provided more graphic details which you can read at the Daily Mail.

The nursing company and Lee seem to have been in dispute since late last year. Lee’s attorney sent the company a cease and desist letter on December 20. The letter reportedly claims “one or more ‘individuals’ at the firm of having ‘published’ to others ‘defamatory’ claims that Lee has ‘sexually harassed one or more of the Nurses who has provided Services at the Lee home.'”

Lee has hired a new nursing firm, Vitale Nursing Inc. Julie Wozniak a rep for the firm says Lee is “polite, kind and respectful.” She also added, “It has been a privilege to care for him.”

Stan Lee was married to his wife Joan for 70 years before she passed away in July 2017 at the age of 95. The two had one daughter, J.C. Lee.