Dark Horse Comics takes us back to the world of Dragon Age and the streets of Kirkwall in an unabridged edition of Varric Tethras’ Hard in Hightown.

Hard in Hightown originally appeared within BioWare Edmonton’s Dragon Age: Inquisition video game. It followed the adventures of Donnen Brennokovic, a Kirkwall guard who had seen better days. One night the weathered and weary guardsman is paired with a fresh-face recruit. The two happen across the murdered body of the town’s magistrate. The ensuing adventure sees the two caught between Chantry agents, Dragon Age’s church, and a shadowy organization known as the Executors. And it all revolves around a mysterious ancient artifact.

You could collect each chapter separately throughout Dragon Age: Inquisition. There are 19 chapters in total with the 19th appearing in the Downloadable Content (DLC) “Trespasser.” Interestingly enough this chapter would change depending on the choices you made in the game.

A number of fans really got into the lore and recorded their own audiobooks on YouTube. Take a listen to The Voice Package’s recording of the first chapter of Verric’s Hard in Hightown:

The story is ghostwritten by Mary Kirby, who wrote Varric for both Dragon Age II and Dragon Age: Inquisition. Joining Kirby will be artists Stefano Martino, Álvaro Sarraseca, Andres Ponce, and German Ponce. The book will also feature a gorgeous painted cover by E.M. Gist. 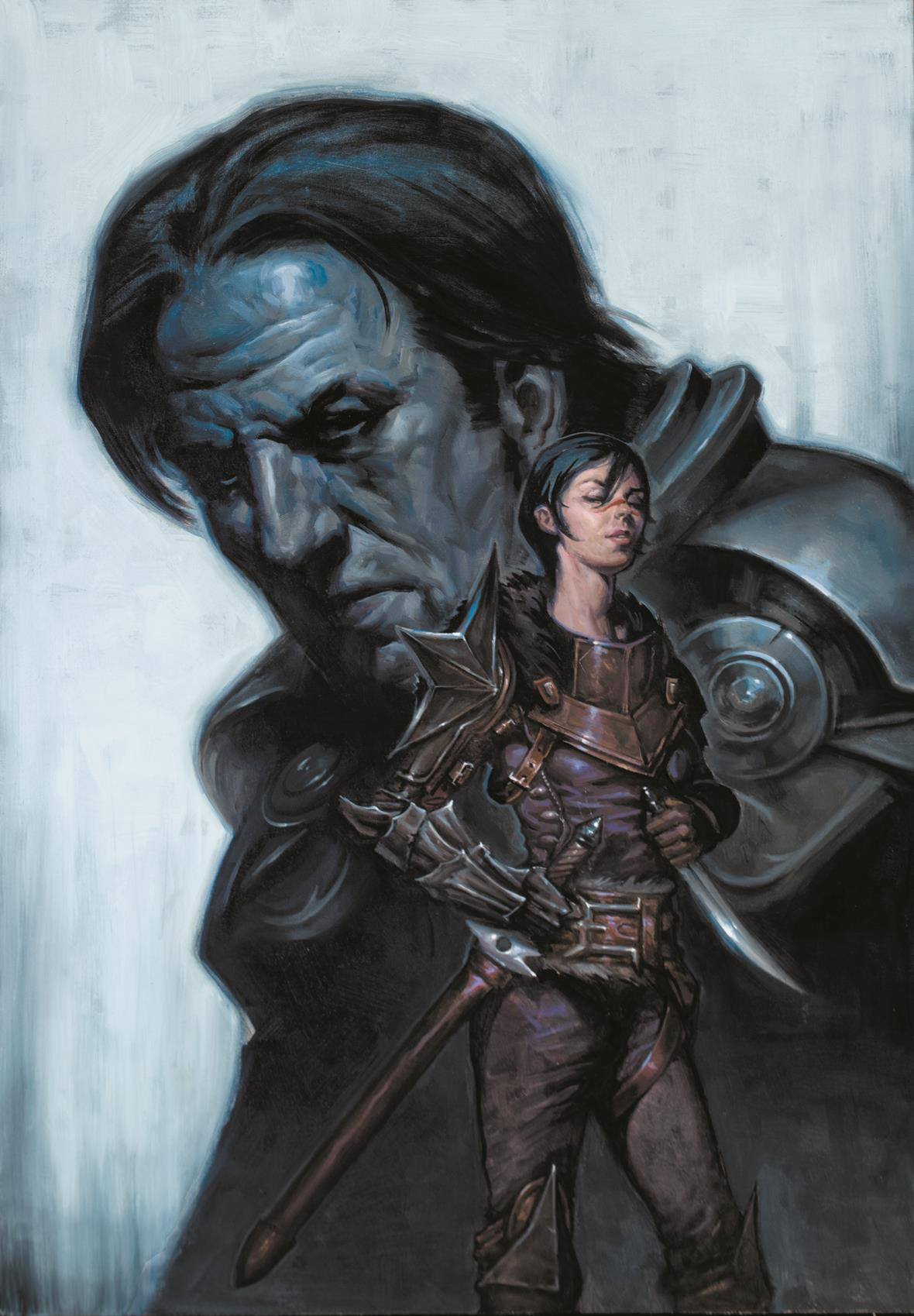