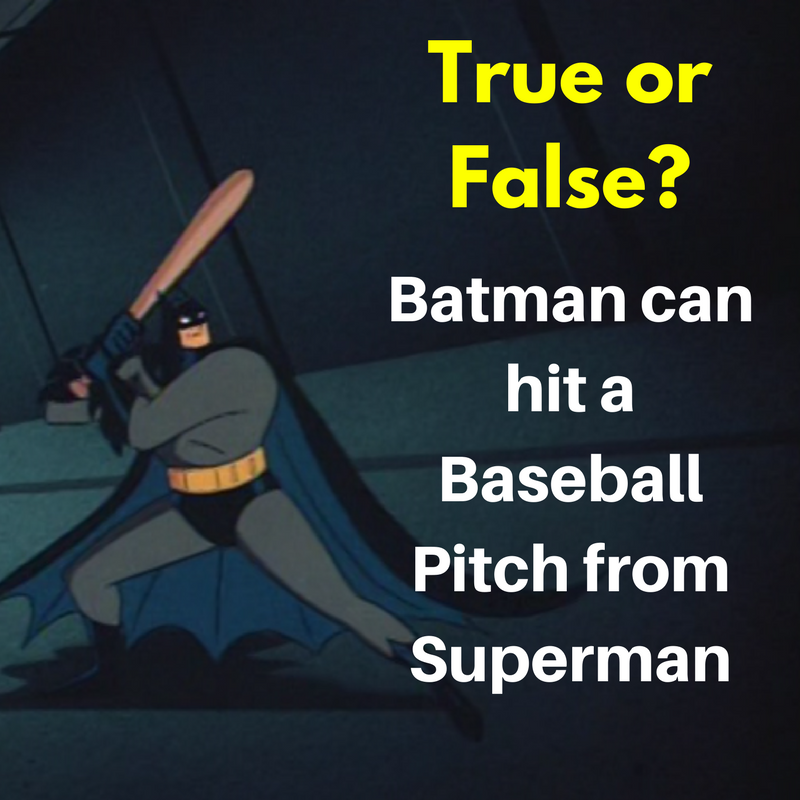 Make sure you answer before you read on.

In one of the more recent issues of Batman, Superman and Lois Lane join Batman and Catwoman on a double date to the Gotham County Fair. While, at the Fair both Bruce and Clark blow off some steam in the batting cages. However, the automatic pitches from the machine are too slow for both of the capes. They want something faster. That’s when Superman challenges Batman. He tells him, “Bruce, I suppose I could pitch to you. Unless, you’re, y’know, scared.” Bruce has a quick retort, “Of embarrassing you? No.”

The banter between the two continues. Clark tells Bruce, “I’d throw it right past you. You wouldn’t see a thing.” Bruce simply says, “You’d be surprised what I see.”

After the finish up at the batting cages, they continue their night at the Gotham County Fair. However, after they leave, Bruce tells Clark he knows a place where they can pitch and hit.

The two eventually end up at an empty baseball field with their dates in the dugout.

Superman takes the mound while Batman stands ready at the plate.

As Superman pitches what has to be the world’s fastest fastball he shouts, “Here’s to the impossible!” 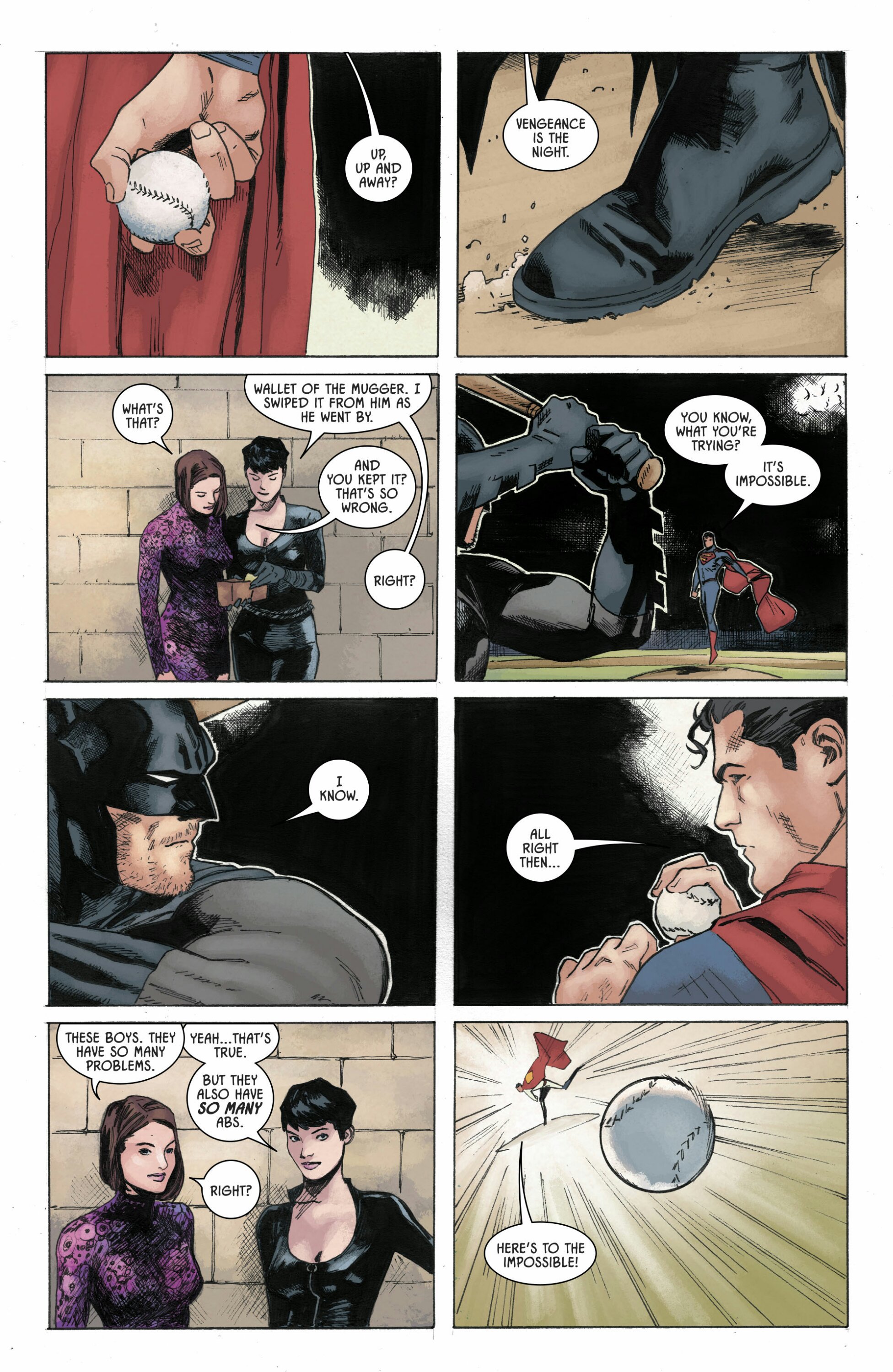 But it’s impossible no more. Batman hits the ball with a loud crack as it goes flying into the outfield and beyond. Both Lois Lane and Catwoman cheer! While Superman looks up into the sky, stunned. He should know, you never underestimate Batman. 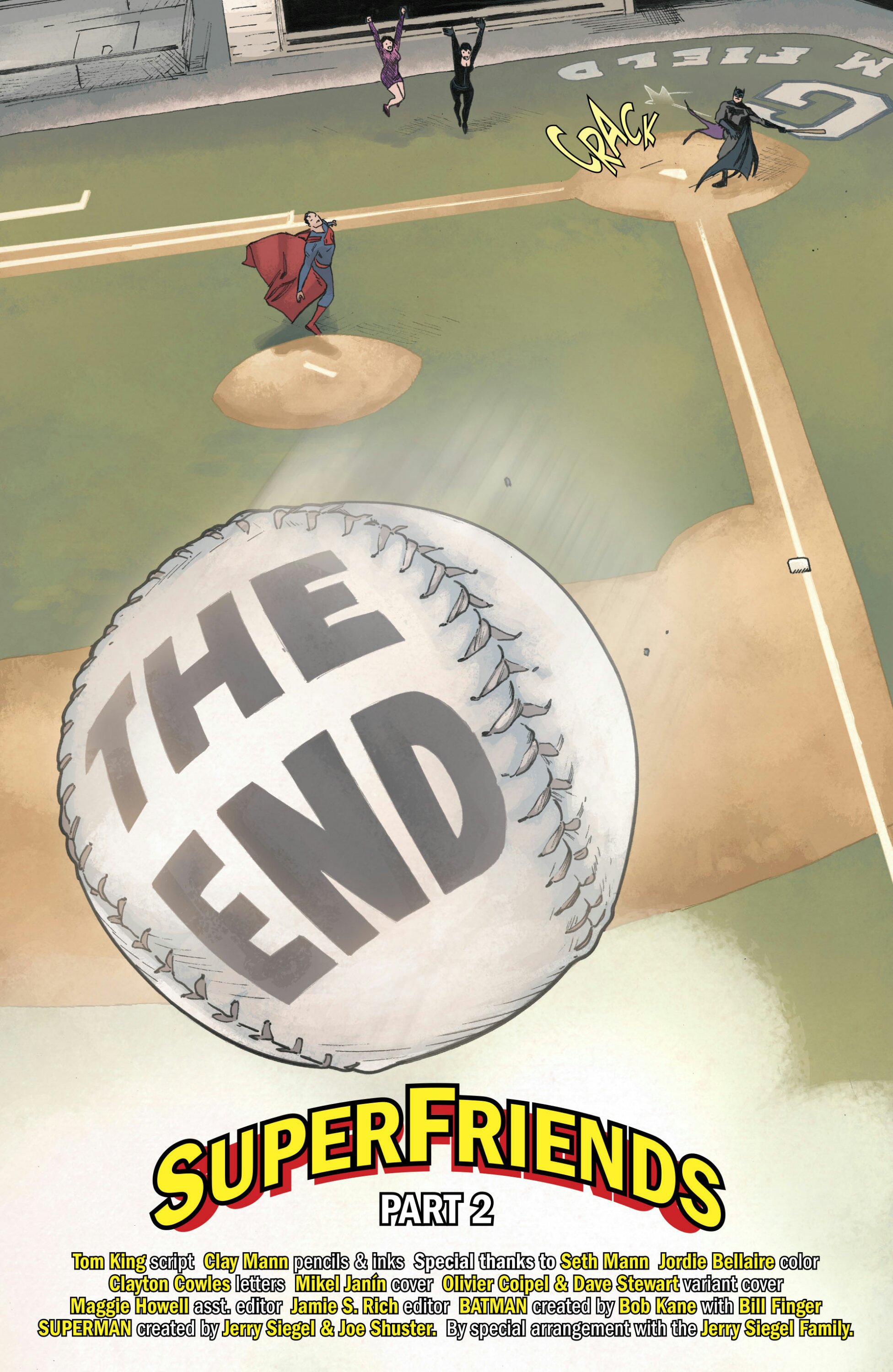 Batman can definitely hit a baseball pitch from Superman.