Things are changing over at Warner Bros and DC Films. Producer Walter Hamada has become the new President of DC Films. Due to this, quite a few of the projects remain up in the air. Despite the fact that Green Lantern wasn’t a great film, fans can look forward to a Green Lanterns Corps film sometime in the future. Or can they?

Hamada is likely cleaning house. The fact that Justice League performed so poorly was a wake-up call to the studio. The DCEU, as it stands, will probably be going under quite a bit of reconstruction. But according to screenwriter David S. Goyer, Green Lantern Corps is “still in the works.”

In an interview with IGN, Goyer did share some uncertainty about the film.

I don’t know. Who knows, especially with what’s currently going on with the DC universe? There’s obviously a whole re-calibration happening with that right now.

Clearly, though the Green Lanterns are a prized possession of the DC Universe, nothing is certain right now. Goyer has been around the DC camp for quite some time. He was a cohort in Christopher Nolan’s Batman films as well as Zack Snyder’s. Unfortunately, his reputation isn’t quite as great as the directors he’s worked with. A lot of the issues that plague the current DC Universe have been attributed to him.

Does this mean that Goyer’s place in the DC Cinematic Universe could be on the chopping block? Probably not. There’s a reason that his name continues to appear on projects at the studio. They feel his contributions matter and his role as writer on major projects is a testament to that. But with a few films facing the headsman’s axe, Goyer or the Green Lanterns could end up among the deceased. 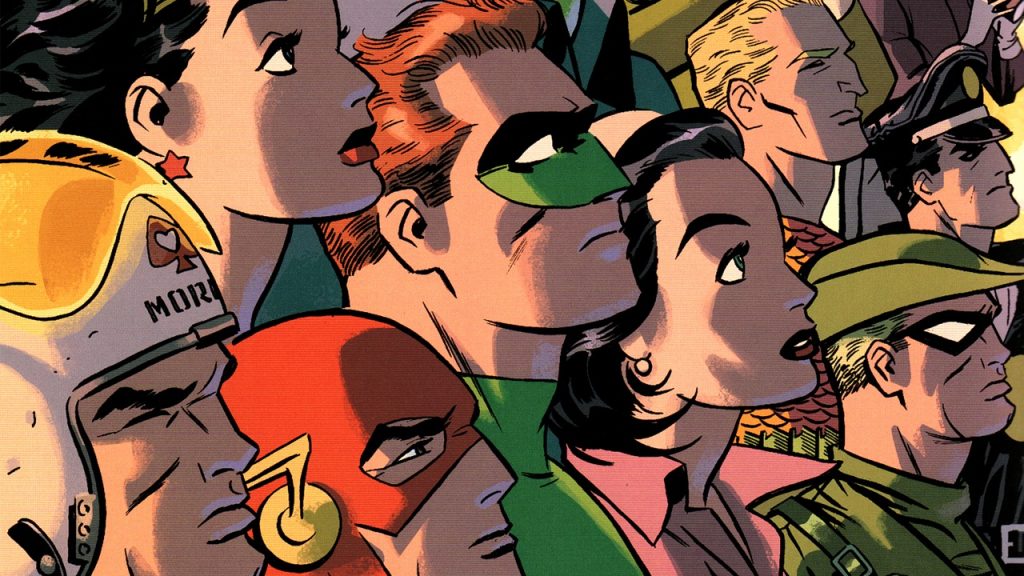 Now more than ever DC needs to put their best foot forward. Audiences need to see the best stories they have starring the best heroes made by the best filmmakers. That isn’t the Marvel formula, but that’s fine. Trying to resemble Marvel Studios has been one of the biggest blunders Warner Bros. has made with the DC Cinematic Universe.

The fact that Zack Snyder really wanted to make a Batman film led them to introducing the hero too early. And instead of taking a step back and focusing on the characters they introduced, they tripled down and introduced a few more. Now the studio is paying for it because audiences clearly won’t. Batman, Superman, and Wonder Woman are certainly bankable characters that the studio can somewhat rely on. The Justice League as a whole? Not so much. But what of other teams? Perhaps a galactic team imbued with the powers of an energy construct-creating ring.

Together, this team monitors the Universe through sheer force of will. Together they protect countless worlds.

The Green Lanterns have limitless potential when it comes to storytelling and settings. Their’s is a world filled with magic, wonder, and travelling across the cosmos. The previous film didn’t make much of a case for the team. But that’s because it wasn’t much of a film. If DC and Warner Bros. can bring out the fun, exciting, and mesmerizing aspects of the Universe-spanning team than they could have an (inter)stellar hit on their hands.