We still haven’t gotten an official announcement regarding the Justice League Blu-ray, DVD, and Digital HD release date. But we do have photos from Walmart which promise a bonus scene not seen in theaters. It’s also interesting that the cover art which promises the bonus scene also says it’s only at Walmart. 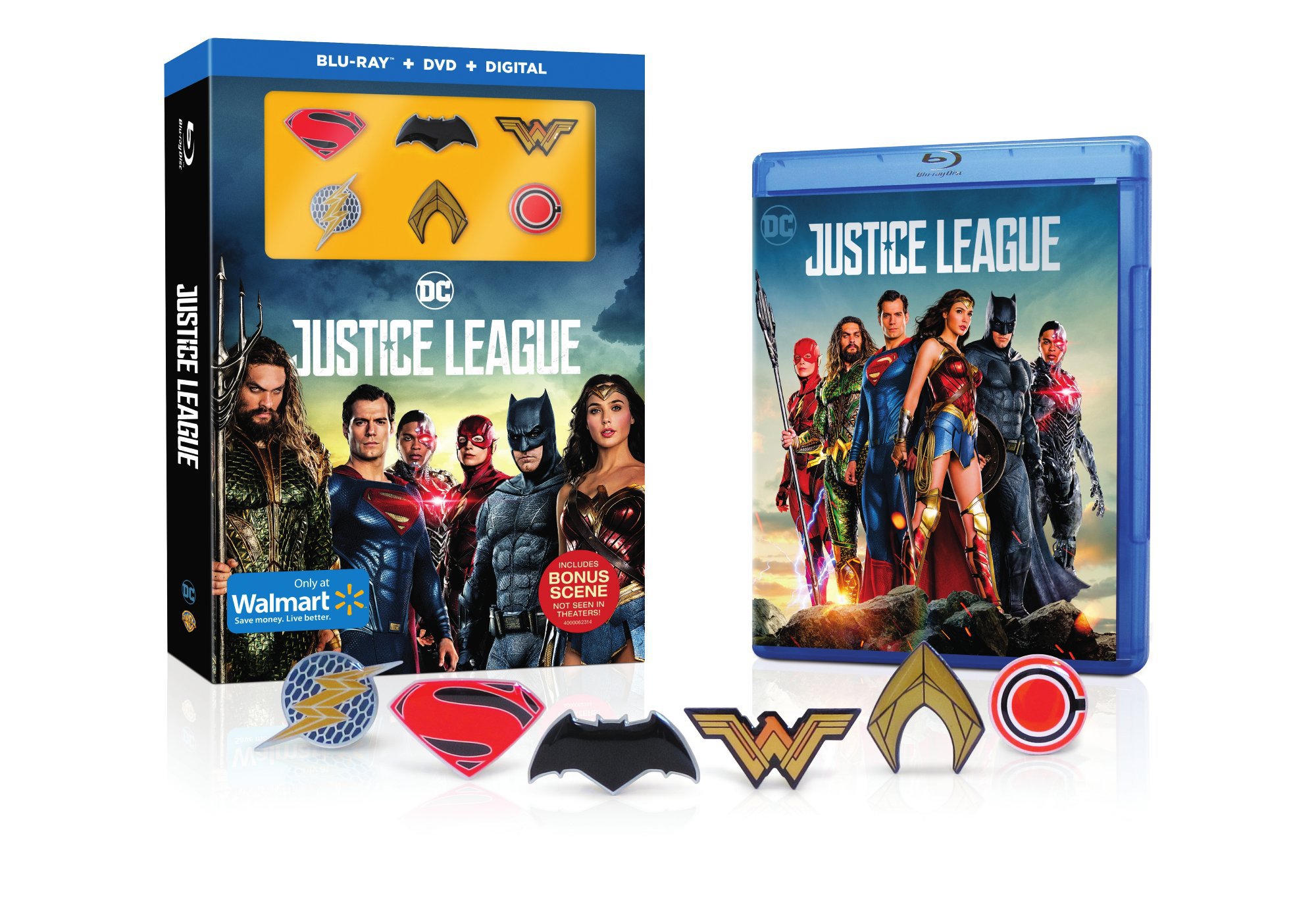 This could be a new marketing tactic to sell multiple versions of the Justice League DVD and Blu-ray. Video games and musicians have used the tactic for awhile. They offer in-game exclusives or bonus tracks if you purchase the item through a specific retailer. It would be really interesting if Warner Bros. began offering different exclusives for different retailers. However, they might have to tread carefully because this could anger a number of fans who are already unhappy with the studio for meddling in the creative process that produced a less than stellar movie by many fans’ standards.

Warner Bros. did include a bonus scene for Wonder Woman. It involved Etta Candy reuniting with Steve Trevor’s unit as they are tasked with a new mission to find a mysterious artifact. It’s a rather forgettable scene, so this new bonus scene might not be worth the hype.

However, there are rumors that the bonus scene could be the Flash saving Iris West. Kevin Smith also confirmed there was a deleted Darkseid scene. It’s possible this could be the scene. If it is it could really help setup the cosmic side of the DC Films Universe.

Other possibilities that would be really intriguing are Deathstroke freeing Lex Luthor from Arkham Asylum. Or Superman putting on the black suit.

But maybe what might make the most sense is a brand new Aquaman scene to start the hype for the James Wan directed film expected to come out later this year. It could be interesting to see Patrick Wilson’s Ocean Master and his relationship with Jason Momoa’s Aquaman.

What do you think this bonus scene could be?