Writer Donny Cates and artist Geoff Shaw introduced us to the Cosmic Ghost Rider in Thanos #13.

The crazed Ghost Rider swooped in and interrupted Thanos’ invasion of Chitauri Prime. He showed off immense skills by easily besting the young Thanos and transported him through time to the distant future. But once we got into the future, we realized the Cosmic Ghost Rider was actually working for future Thanos. A future Thanos who had conquered Earth defeated the Avengers and even vanquished Adam Warlock. He had pretty much vanquished every foe standing before him. 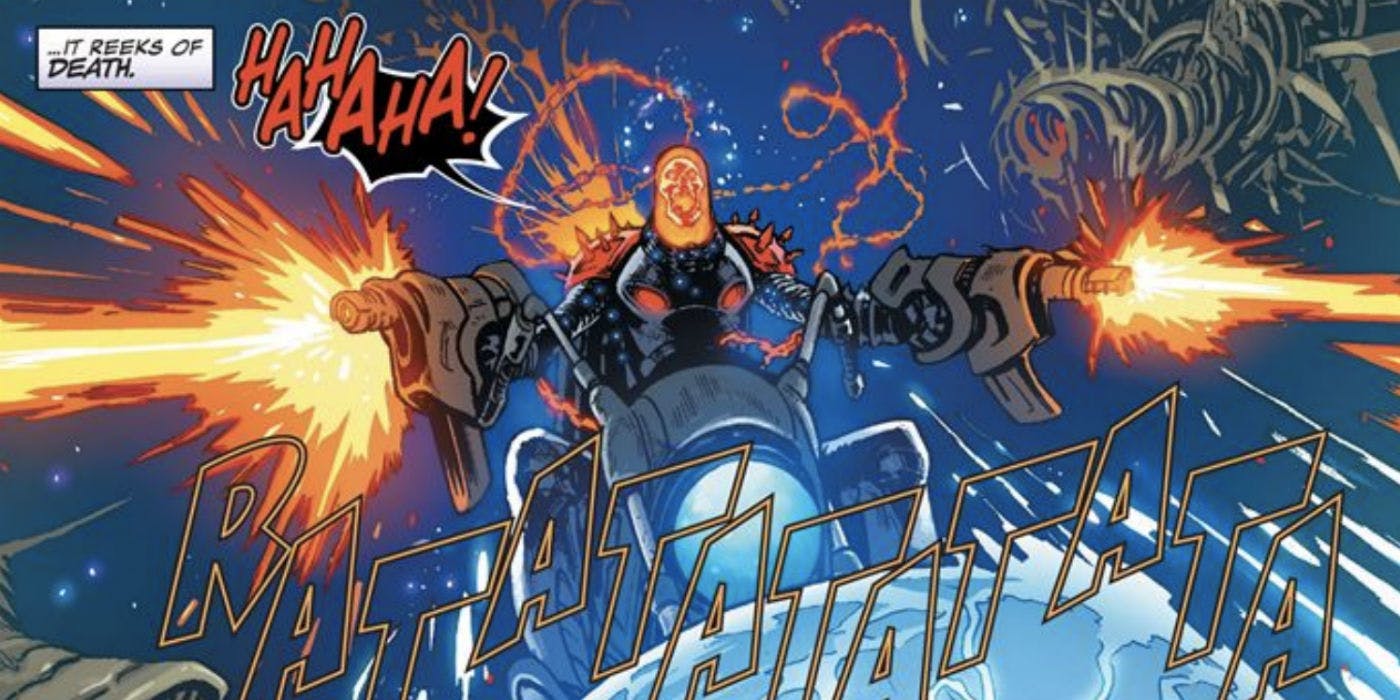 However, the identity of this Cosmic Ghost Rider remained a mystery. Not to mention why Thanos was keeping this crazed being around.

I know more than a few people people speculated it could be Deadpool because of the Cosmic Ghost Rider’s crazed personality. That theory is wrong.

In the pages of Thanos #15, Donny Cates and Geoff Shaw reveal the identity of the Cosmic Ghost Rider.

But before they do the Cosmic Ghost Rider describes himself, “I used to be a totally different guy. All broody and dark and mysterious-like. Real downer. If you’d met me back in the day, you woulda never recognized me. And I don’t just mean because of all the melted face, flaming skull stuff neither. Some time in Hell, a few hundred years as a Herald of Galactus, and a couple million more hanging out with you…It’s enough to make a fella go pretty hilariously insane.”

Finally, the Cosmic Ghost Rider reveals himself to be none other than Frank Castle, the Punisher. 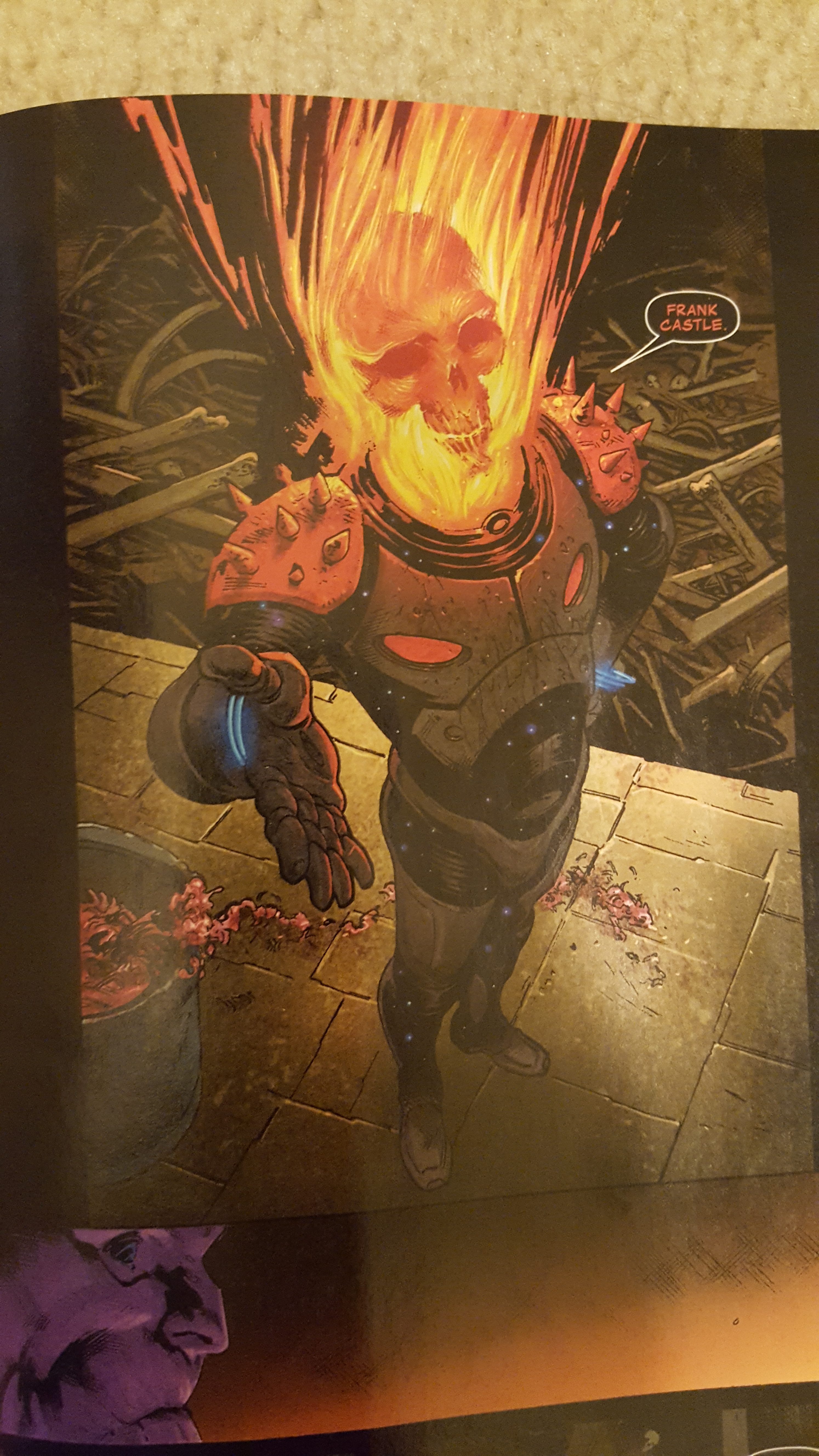 Not only did they reveal the identity of the Cosmic Ghost Rider, but they also revealed why Thanos keeps him around. The reason is the Ghost Rider’s signature ability, the Penance Stare. 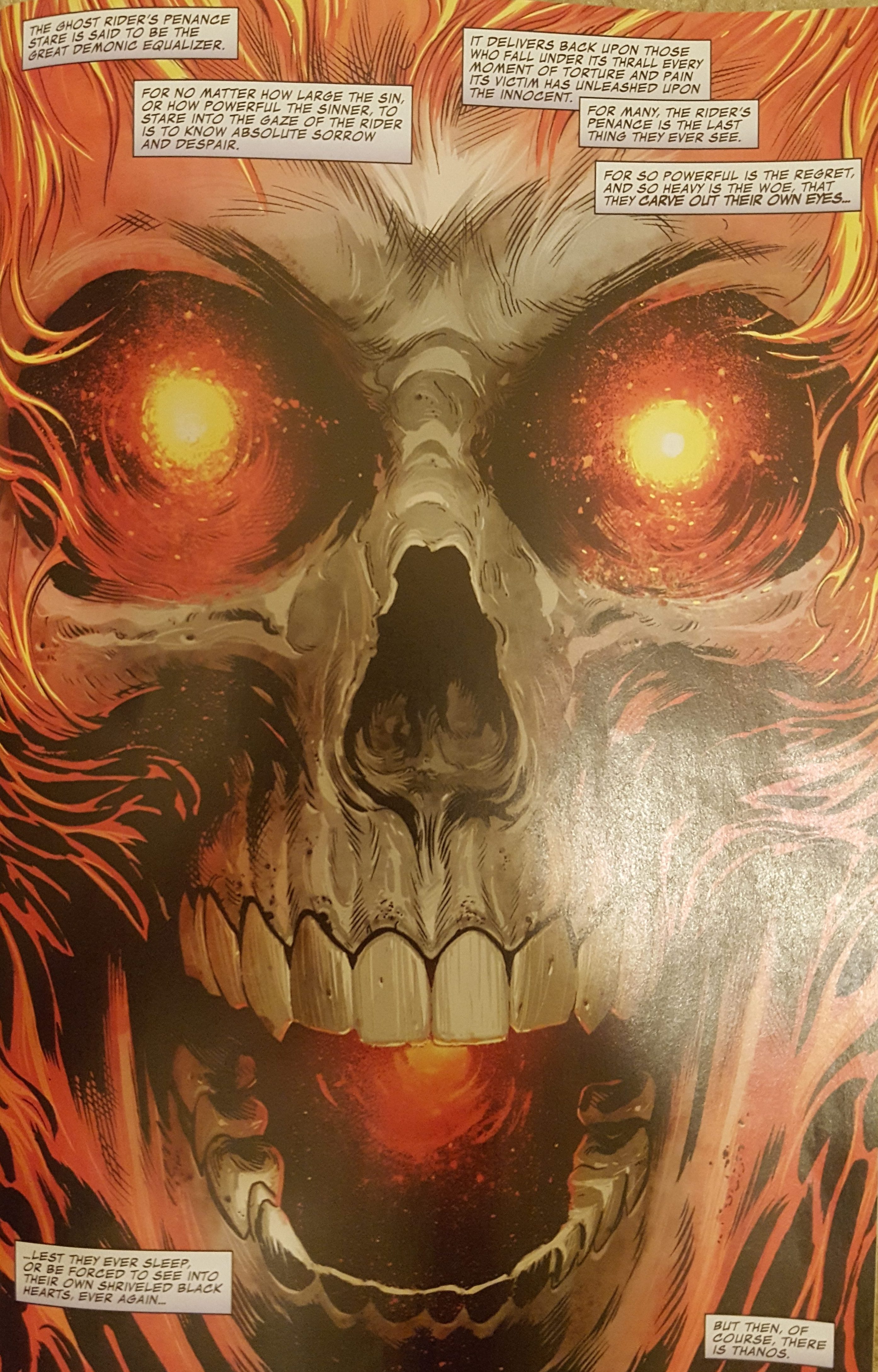 The Penance Stare “is the most haunting spiritual journey [Thanos] will ever encounter.” But what Thanos sees are not “his darkest secrets and regrets. They are his fondest memories.” Thanos revels in the experience of the Penance Stare. He even describes it as exhilarating. 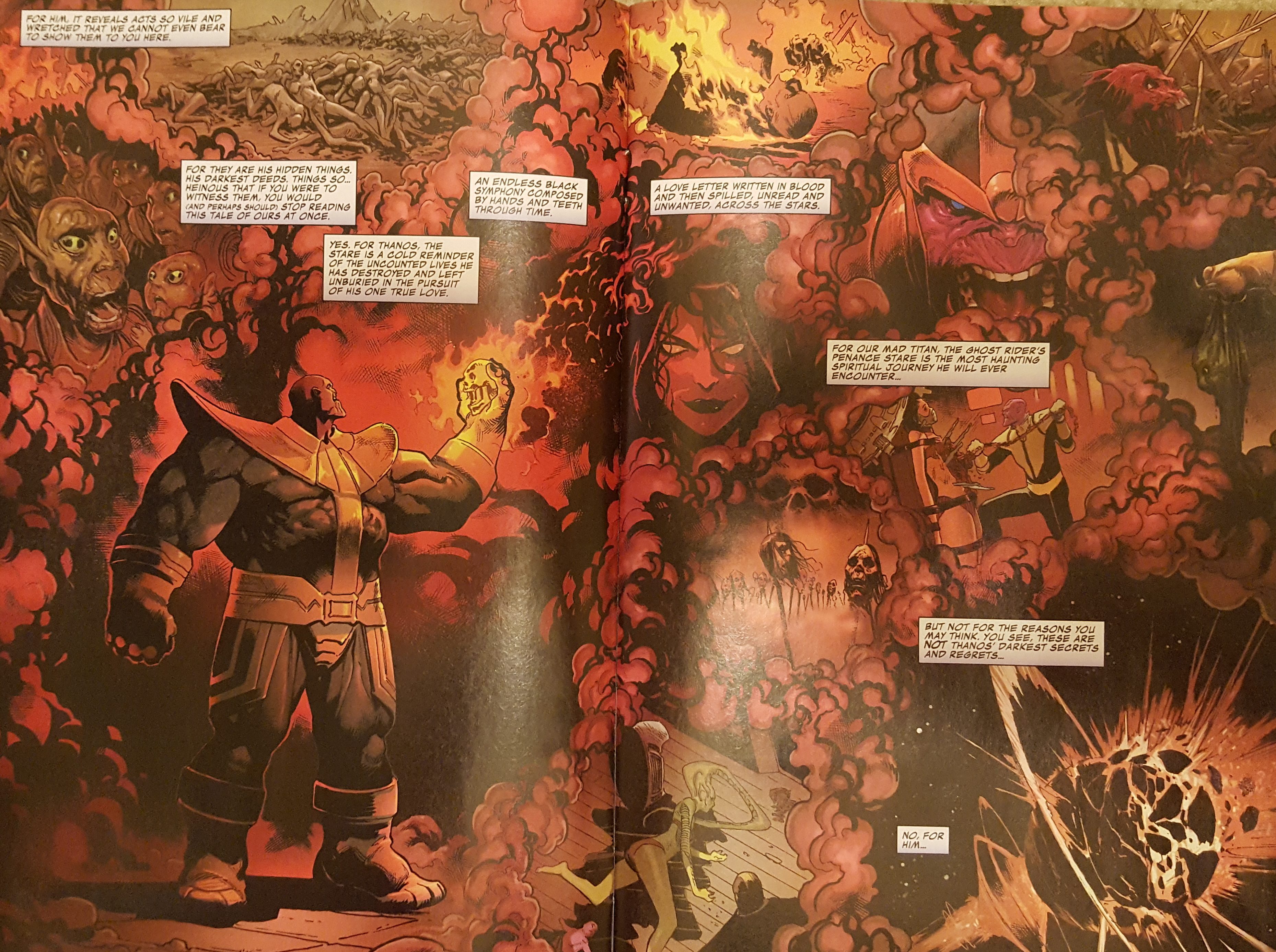 In fact, futuristic Thanos has a daily ritual where he stares into Ghost Rider’s eyes and relishes all of these memories. He then eats breakfast.

And he does all this in preparation for a final foe. One if not the only being left for him to offer up as a gift to his eternal lover, Death. It’s the reason he needs younger Thanos. Because despite his power, there still might be a foe out there strong enough to take him down.

If you haven’t been picking up Thanos, you should start now. It’s one of the best ongoing books at Marvel and maybe one of the best comic books out there period. I highly recommend it.