**Warning Spoilers for Thanos #15 Below**

Thanos, the Mad Titan, has defeated everyone in the distant future. Captain America and the Avengers have been beaten. The Cosmic Ghost Rider stands at his side to provide him a daily dose of morning exhilaration. However, there is one foe still left to be defeated.

This foe is the reason why he sent the Cosmic Ghost Rider to summon his younger self to the distant future. The older Thanos refers to him as The Fallen One. This name and the fear he sees in the older Thanos, makes the younger Thanos mock him. He berates his older self, “What is this?! Look at you! Trembling at some lost herald! What have I become? How far has Thanos fallen to need armor and a blade to face such a pathetic foe as The Fallen One?”

The younger Thanos believes The Fallen One to be the original Herald of Galactus. A herald who has been empowered by dark energy instead of cosmic radiation. In fact, this Herald was cast out by Galactus and even imprisoned. He would eventually escape, but end up imprisoned in the Kyln by Star-Lord. He would once again escape imprisonment due to a fight between Thanos and the Maker. 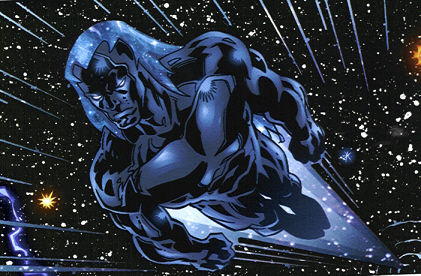 After escaping a second time, he sought Galactus in order to challenge him. However, Galactus simply teleported him back to the Kyln to face Thanos. Thanos defeats him by tricking him into igniting a gas giant and knocking himself unconscious. Thanos would then mentally enslave him and force him to become Thanos’ Herald. He would eventually die in a conflict with Proemial Gods Tenebrous and Aegis, who presented his corpse to Thanos in a gesture of contempt.

However, this is not The Fallen One the older Thanos refers to. He tells his younger self, “Boy, you have never faced this foe. Not like this…The Fallen One is not a being, not a man…It is a title.”

And while they don’t tell us who exactly holds that title, Geoff Shaw does give us a convincing image of Norrin Radd, the former Silver Surfer, coming through a portal straight for Thanos. However, this Norrin Radd looks radically different. He still has his surfboard and the same physical characteristics, but he looks very much like the original The Fallen One. He is black and appears to be channeling the same dark energy as the original Herald of Galactus. 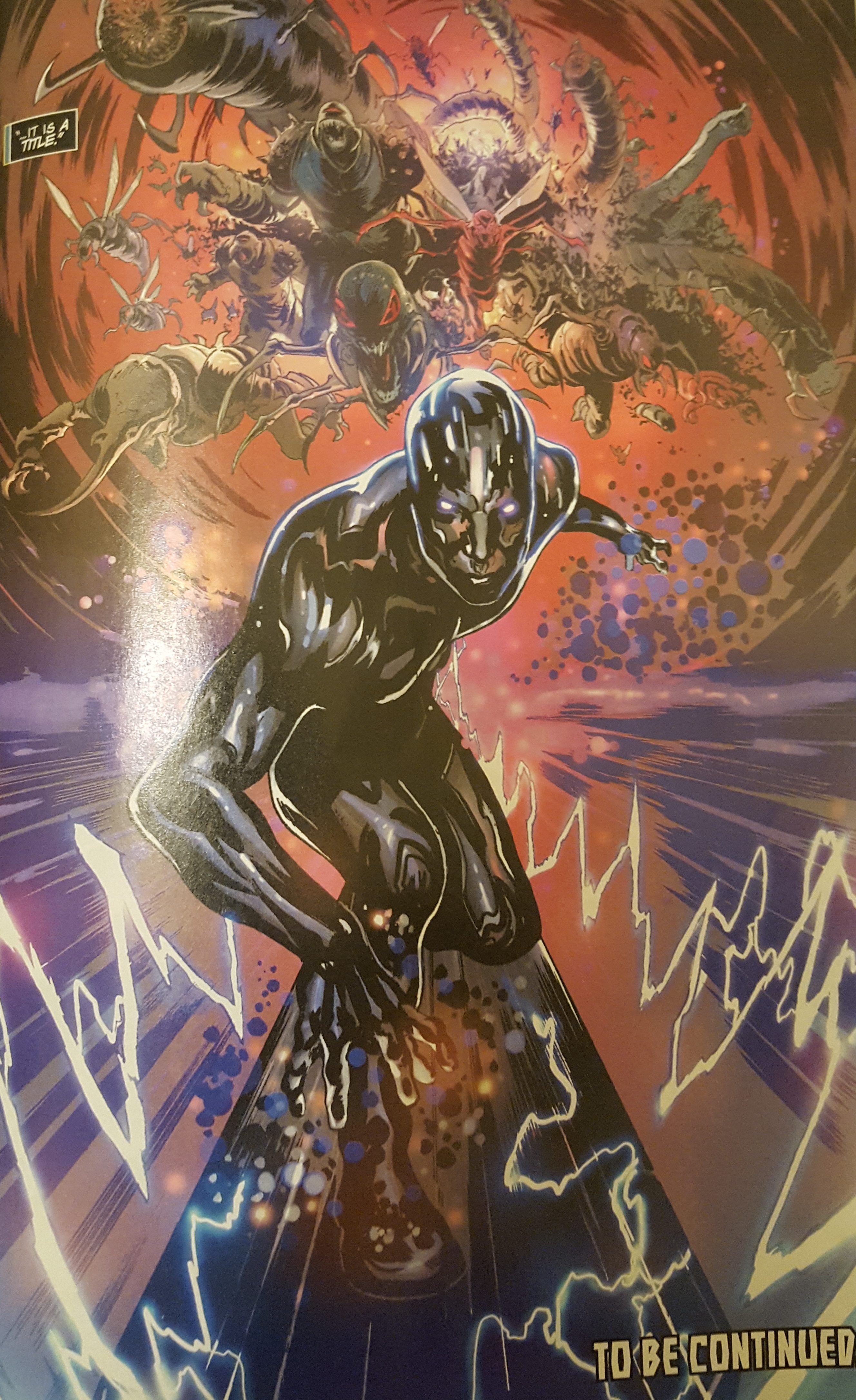 It also appears Thanos is not as alone as he thought in the universe as The Fallen One brings a horde of fearsome insect-like monsters through the portal with him. It definitely appears Thanos might have bit off more than he can chew in this fight!

If you aren’t reading Thanos, you definitely should. It’s the best Marvel book on the shelf right now