In Time, All Will be Revealed

DC Films have been having an interesting year. Wonder Woman was a critical, financial, and cultural success. Patty Jenkins and Gal Gadot were both praised throughout Hollywood for their efforts. Hell, Jenkins was even runner-up for Time‘s Person of the Year Award. But then Justice League happened. The movie actually wasn’t that bad. But audiences didn’t show up. In the end, the film will wind up grossing almost $200 million dollars less than a film starring just one of its team members.

So Warner Bros. and DC Films made some changes. Walter Hamada is now the President of DC Films, overseeing production of its films. While no one was “fired”, Geoff Johns and Charles Roven’s influence and power were re-focused or shifted slightly to allow for Hamada.

Now, Charles Roven has opened up about his previous role and the sheer size of his responsibilities. In an interview with Deadline, Roven spoke about DC’s line-up and specifically Wonder Woman 2 and Suicide Squad 2.

I think my role for the moment is to focus on those sequels but, you know, a couple of years ago, I was a producer on all of the Justice League movies and their individual heroes movies. But it became very clear that in order to be a producer on those movies in the timeline that Warner Bros. wanted, it was way too big a job for one producer to oversee.

So what does that mean for Walter Hamada? Not much. There’s a reason that Charles Roven, Geoff Johns, and Jon Berg weren’t fired. Whether Marvel admits it or not, several Producers put the MCU together. Not just Kevin Feige. Now, DC and Warner Bros. are forming their team under Walter Hamada’s creative “godfathering”.

But what does this mean for their current slate of films? 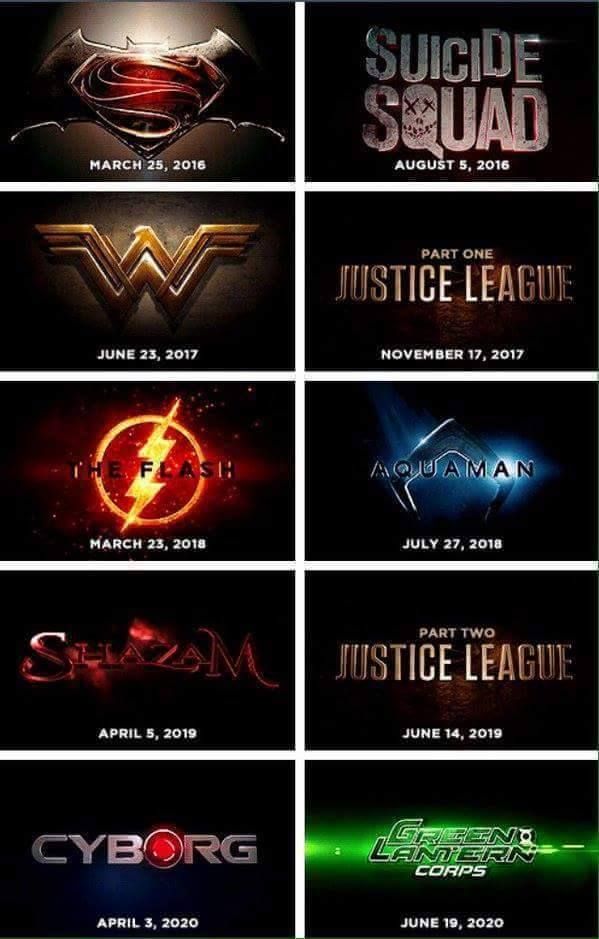 Just before the release of Batman v Superman: Dawn of Justice this was Warner Bros. and DC’s film slate. Surprisingly, not a lot has changed. Aquaman was pushed back and is set to come out later this year. Justice League is no longer a two-parter.

But what of those unreleased films? Justice League has done some damage to the DC brand. Walter Hamada and his fellow producers need to carefully decide which projects are worthwhile and which ones aren’t.

Unfortunately, the answer isn’t an optimistic one. The Flash is probably the only unannounced film on that list that will see the light of day. While Ray Fisher’s portrayal was better than the character he depicted, Cyborg is a massive longshot. As is a sequel to Justice League happening anytime soon. Green Lantern Corps could also be a step back for the DCEU. So just what will come next?

Wonder Woman 2 is coming out in 2019, and so is Shazam!. But other than rumors, there isn’t much else to get excited about. Matt Reeves is hard at work on The Batman, but it won’t have much to do with the DCEU’s larger Universe. Then there’s Joss Whedon’s Batgirl, Chris McKay’s Nightwing, Gavin O’Connor’s Suicide Squad 2 and David Ayer’s Gotham City Sirens. Every single one of those films centers around a member of the Bat-family or their villains. Though DC has plenty of reason to have faith in Batman, the entire Universe shouldn’t rely on his characters.

Unfortunately, that means a couple of those films are likely to be cancelled. Every DC project is up-in-the-air right now. Warner Bros. needs to re-focus on the characters that matter the most. The ones audiences want to see.