WWE-Superstar-turned-actor John Cena is reportedly in talks to star as Duke Nukem in a film adaptation of the popular video game franchise.

The Duke Nukem film has been stalled in production limbo for some time now. It was initially in development with Dimension Films, but the project never came to fruition. It still doesn’t yet have a writer or director attached, but the rights are currently owned by Paramount Pictures and is being produced by Michael Bay’s Platinum Dunes production company.

Cena is quietly building a rapport with both Paramount and Bay: he’s already starred in three other Paramount releases, Daddy’s Home, Daddy’s Home 2, and the forthcoming Transformers spin-off Bumblebee, which is also being produced by Bay.

Not only that but, at least physically, Cena is basically Duke Nukem incarnate. 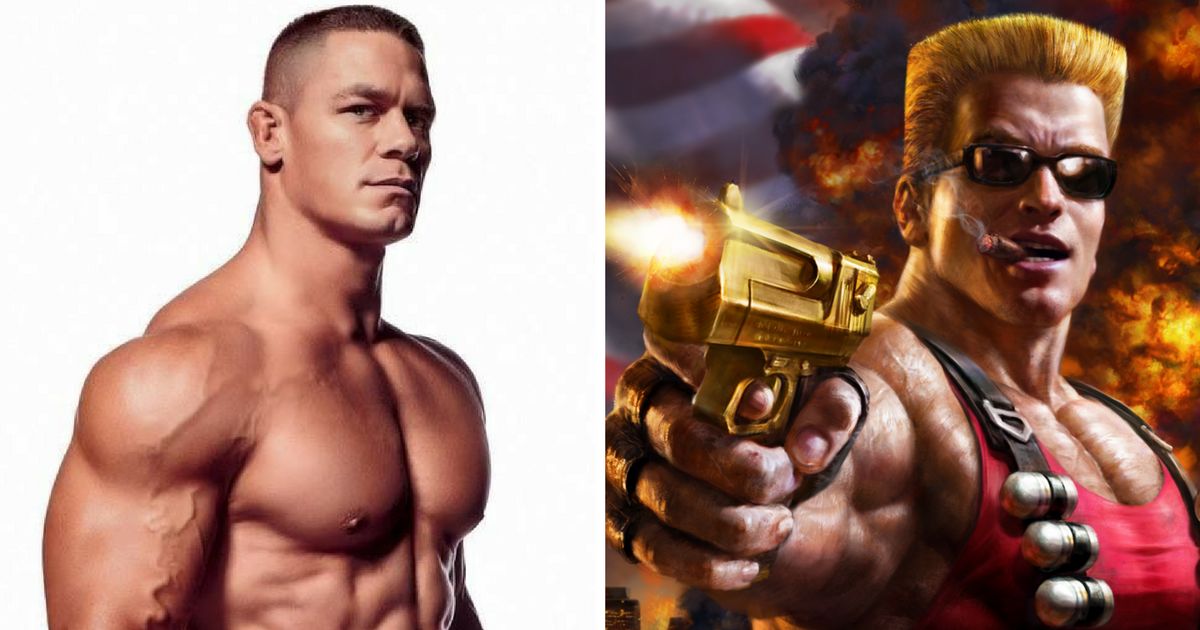 First released in 1991 from Apogee Software Ltd., the Duke Nukem video game franchise follows the titular Nukem as he saves Earth from alien invaders. Nukem has typically been portrayed as a cigar-chomping, politically incorrect, typical action hero, meaning that the character will be quite the departure from Cena’s PG, kid-friendly, and oftentimes goofy WWE persona. However, Cena has already proven that he’s capable of incredible range in Hollywood, starring in everything from Amy Schumer’s raunchy Trainwreck to the animated children’s film Ferdinand, which was just nominated for an Oscar. Besides, let’s not forget that Nukem’s character was initially portrayed as a disgruntled guy who just wanted to watch his soap operas; if there’s anyone capable of accurately portraying him, it’s Cena.

Cena is clearly ramping up his acting career. Earlier this month he announced that he’ll be voicing the villain Baron Draxon in Nickelodeon’s new Rise of the Teenage Mutant Ninja Turtles series. His next film set to be released is the Universal Pictures comedy Blockers, which will hit theaters April 6. And if all that isn’t enough, it’s expected that Cena will also wrestle at WrestleMania 34 in New Orleans on April 8.

Do you think John Cena is a good fit to play Duke Nukem? Why or why not? Share your comments below!