**Spoilers for Nightwing: The New Order #6 Below**

Lex Luthor has been many things. Foremost among them is one of Superman’s primary villains. Some might even say he is Superman’s greatest villain.

What really makes Luthor a great villain is that he is just a mere mortal and he’s trying to take down a figurative god in Superman. Luthor has had to use his intellect and his vast wealth to try and even the playing field.

However, in Nightwing: The New Order #6 by writer, artist Trevor McCarthy, colorist Dean White, and letterer Clayton Cowles, Lex Luthor might have achieved his ultimate dream. But he definitely performs his greatest accomplishment.

In Nightwing: The New Order, many of the DC Universe’s greatest heroes have lost all of their powers. Dick Grayson detonated a bomb from Apokolips rendering many heroes and villains’ abilities useless. Chief among them is Superman. However, a number of heroes still have their powers. They include Lois Lane, who is a Blue Lantern, Starfire, Cyrborg, Beast Boy, and Wally West as the Flash. Together they’ve formed a small resistance against the Crusaders.

But the Crusaders have their own group of superheroes. Their team was originally led by Nightwing, but now is led by former Batwoman, Kate Kane. It also includes John Stewart as Green Lantern, Captain Atom, Red Tornado, and what appears to be a gender swapped Captain Cold, and The Crusader. Not only did the bomb wipe out many people’s powers, but new government legislation was formed requiring people who develop powers to be registered with the government and enter into stasis.

Nightwing is caught in the middle of the two groups because he has just realized his son, Jake, has developed powers. But not only does his son have powers, they are also the key to curing the effects of the bomb from Apokolips.

And you might have guessed that the man behind discovering the cure through Jake’s powers is none other than Lex Luthor. In fact, Luthor easily cures Wally West’s powers. But it isn’t until he cures Superman that his ultimate dream is fulfilled. 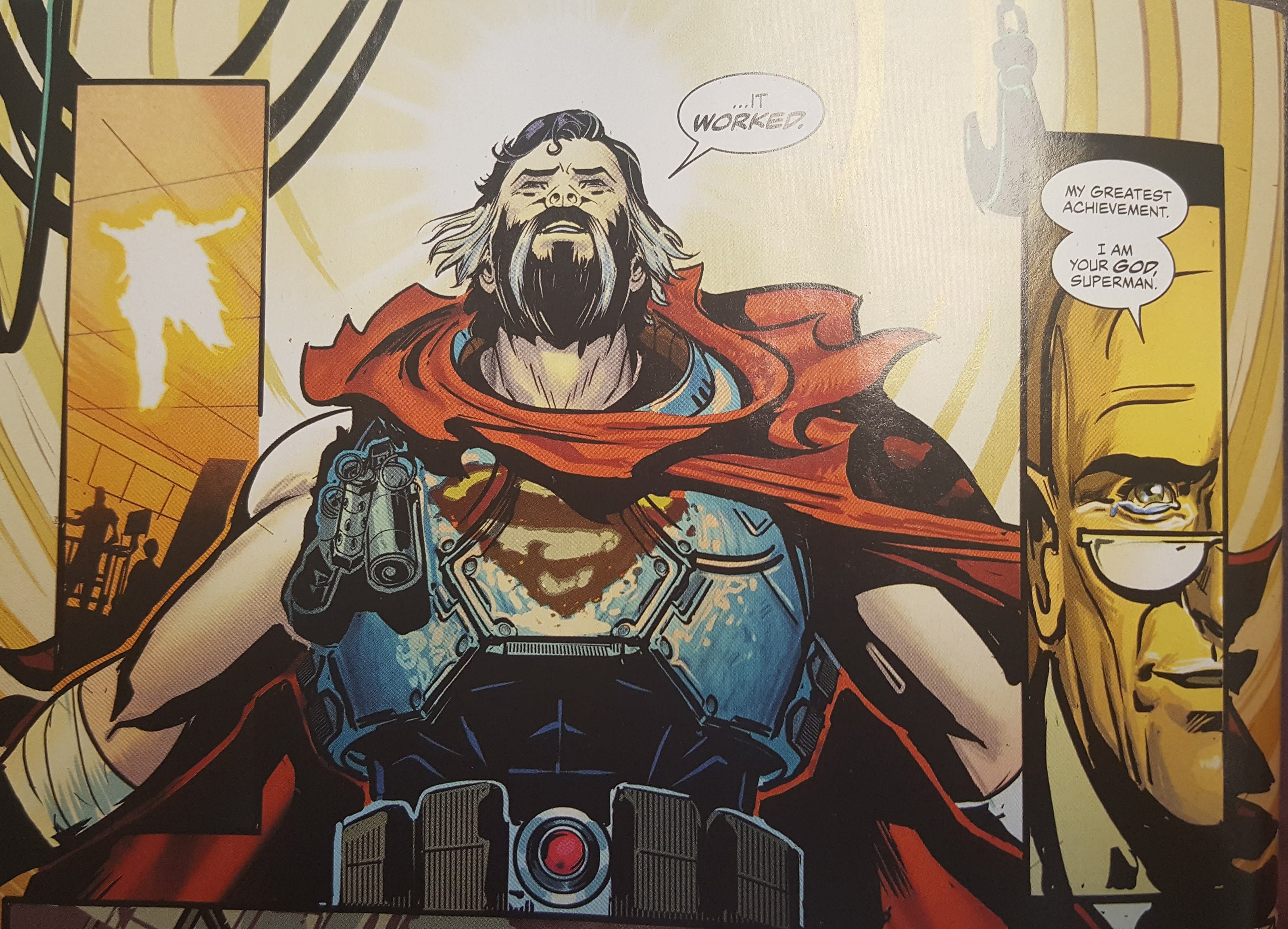 Once Luthor cures Superman he declares, “My greatest achievement. I am your God, Superman.”

However Luthor being Luthor, he’s not just teaming up with the heroes out of good will. He has his own motivations and sets them into play. Now Superman and the underground forces led by Lois Lane and Starfire must team-up with the Crusaders to thwart Luthor’s devious plan.

If you haven’t been reading Nightwing: The New Order, Issue #6 is the last in the miniseries. It’s been one of the best miniseries with a number of twists and turns. There’s excellent characterization and raw, deep emotion. You should definitely check it out!