Marvel’s Donny Cates is absolutely killing it on his current run with Thanos. It’s an epic, exciting, and even humorous story that keeps you on the edge of your seat for every page.

But he’s not just working on Thanos. He’s going to be headlining the upcoming four-issue mini-series Doctor Strange: Damnation with co-writer Nick Spencer and artists Rod Reis and Szymon Kudranski.

Take a look at what you can expect in this new miniseries.

Executive Editor Nick Lowe explains Doctor Strange: Damnation occurs because in Doctor Strange #385 the magic of the Marvel Universe is changed. He also mentions Las Vegas, but due to the poor sound editing of the video, it’s really hard to make out exactly what he is saying. But to my ears, it sounds like he says Las Vegas is desperate following Secret Empire.

In Secret Empire #1, the city seemed to be essentially destroyed by Hydra in order to set an example for the rest of the country and the world. 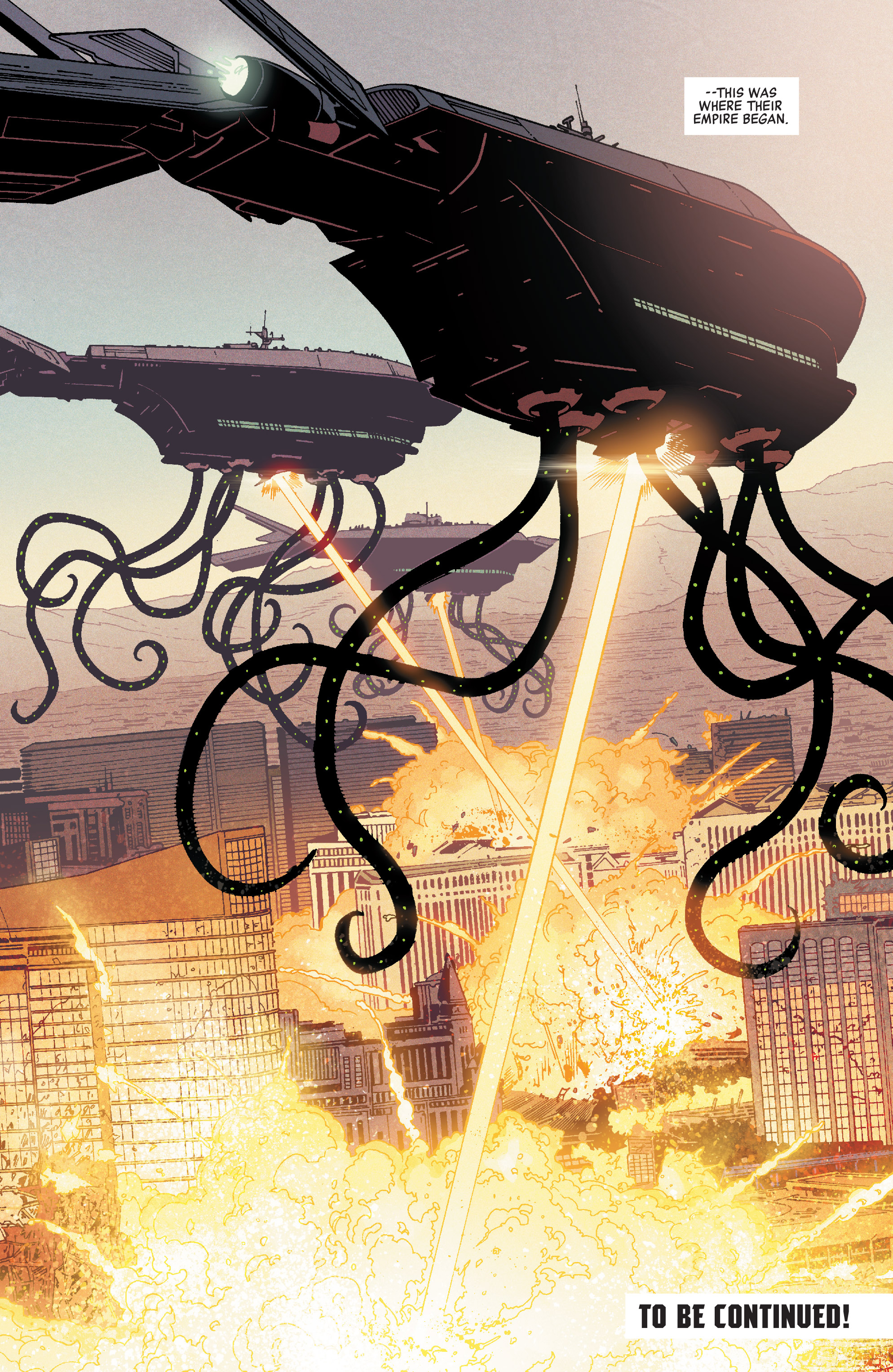 Donny Cates then teases he has quite a few surprises up his sleeve for this book, “There’s a lot of things I put in the pitch that I kinda put in the pitch because I thought they were going to be fun for everyone to read. I never expected them to go through because they were so out there. To my utter shock, they were all approved. I got to do all the insane things that I wanted to do.”

Lowe then spoils a little bit of the first issue. He explains that Doctor Strange raises the city of Las Vegas from the ashes. However, he opens a door that allows Mephisto to walk through. And he’s got one goal, he wants Earth.

I really like the premise of the book and I’m excited for Marvel to explore a little bit of their magic and supernatural side with Mephisto and Doctor Strange. I’ll definitely be taking a look at this book especially with Donny Cates on writing duties. Add in Rod Reis’ artwork and I’m sold.